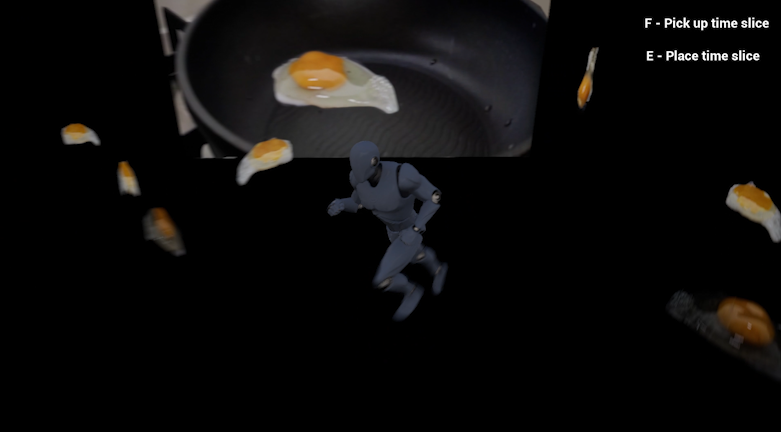 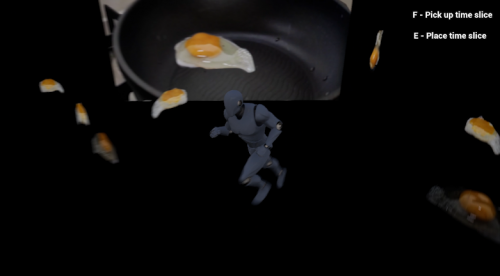 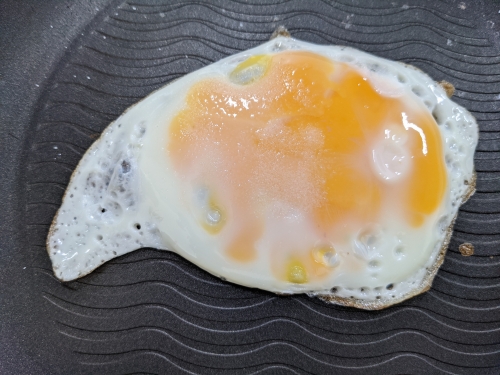 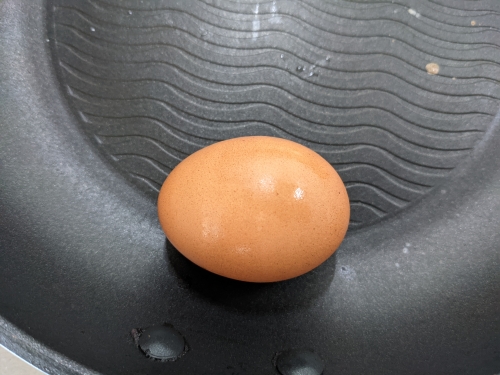 In response to this week's theme of time, I created an interactive expirence, revolving around a clip of an egg in unreal engine, in which the player can pick out frames of the playing video and place them in the world with them.

By allowing the player to do this, I help them visualise the passage of time  (in this case of cooking an egg), in new way, having multiple moments exist simultaneously as "snapshots", while the event plays in real time. The player also has the ability to say where they want to drop the "snapshot", allowing them to have their own unique presentation of this perception of time.

A similar idea is presented in the Character of Dr Manhattan, from Alan Moore's graphic novel Watchmen, and the subsequent film and TV adaptations. The character can perceive time as a collection of all the moments in his life, all occuring simultaneously. All the visual mediums use different techniques to show this unique perception of time, and I thought it would be interesting to visualise this as an interactive piece.