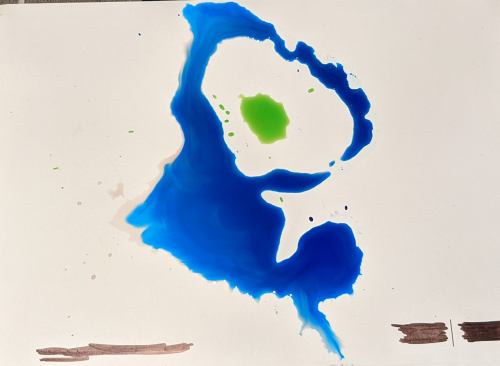 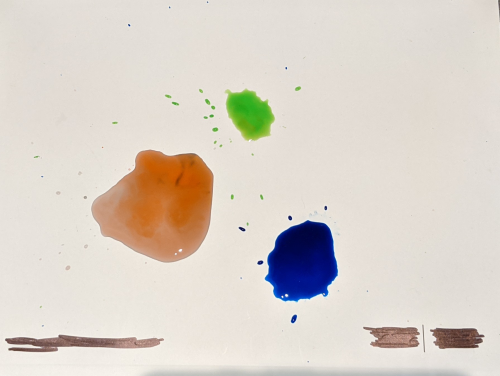 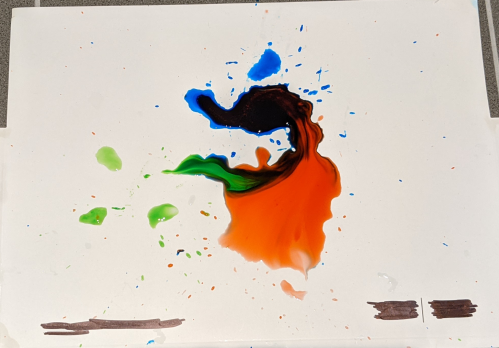 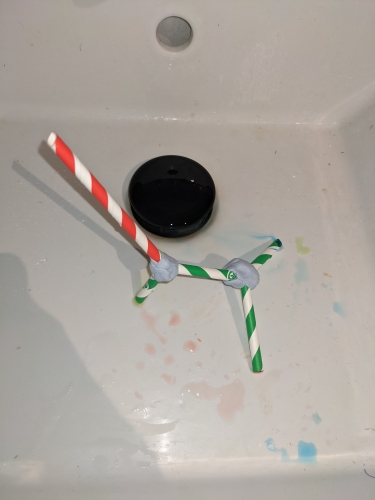 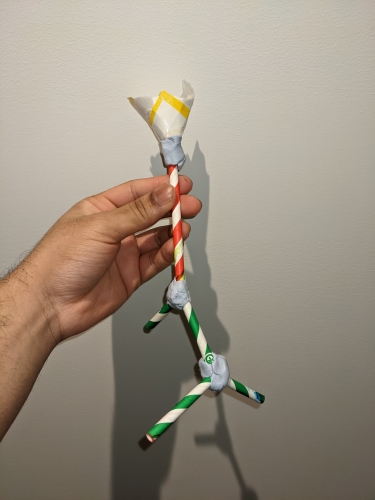 The theme of forces can be seen in two ways. One way of looking at it as a constraint when creating something, changing the way a behaviour is carried out, and creating a new and interesting result. The other being as an input into a ‘system’ of play. An unreliable or external source of input, controlling the output of the system. I chose to interpret this as a source of input, using water as my force.

This experiment consisted of two parts, the creation of the real-world image, and the enhancing. I used straws to create a series of interconnected pipes, which funnel water into 3 possible outlets, the sizes were random to add a bit more chaos to the flow. Small drops of red, green and blue food colouring were added on to the end of the outlets. The water, due to the nature of turbulence would never flow the same way twice, giving different patterns each time, and would come out coloured based on which outlet it came from. This was then splashed onto white paper.

Once the image was made, I took a picture of it, and began looking at them like a Rorschach test, and creating additional pieces in Photoshop to complete a character or scene. This was then taken to Aftereffects to work on the animation and make each scene into a loop.

The idea behind the work was to let the water create the art, and act deliberately only flowing with what already exists, similar to the flowing nature of the water itself. It was inspired by the idea of a Rorschach test, which was something I made a connection through Watchmen (2009) and the character Rorschach, who’s mask is a free-flowing pattern of ambiguous shapes. I also through this found out the practice of klecksography, the art of drawing with ink blots, particularly the work of John Paul Caponigro. I wanted to take this further, and not just leave the smears of coloured water as art, but to add to it creating something a little less ambiguous out of the ambiguity.

Out of the first five weeks, I think this is the response that best explores the possibilities of play, within the weeks theme. Each piece is completely different from the last, as it was led by the outcome of the water and not a predetermined idea, which I feel wholeheartedly embraces the idea of imaginative play.