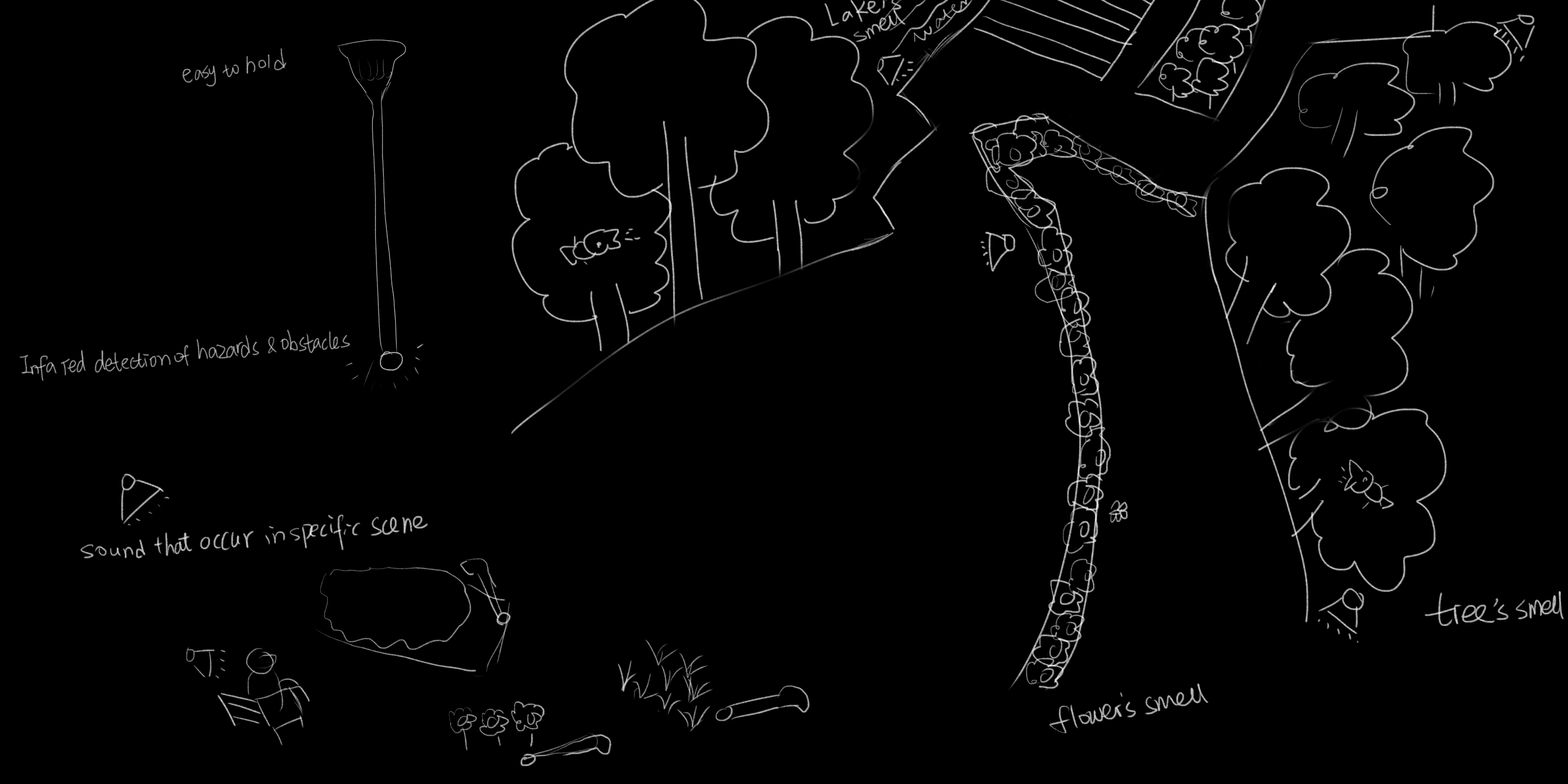 Leonardo da Vinci once said: "The eyes are the windows to the soul. Through the eyes people see the colourful world and all kinds of life; the eyes, which give people
The eyes bring light and hope. But I have a different view. Visual presentation is important, but a good work of art should be more balanced than just highlighting the image when it is available. As this week's theme is "play and sounds", I wanted to create a realistic game that investigates the possibilities of sound in order to better balance the various elements of the experience in the future.

Context:
"When God closes this door, he will open another one for you." If sight is an important way for normal people to see and feel the world, is it possible for a visually impaired person to have better senses than a normal person? After a series of investigations, I have found that the answer to this question is yes. Firstly, in psychology, sensation is the reflection by the human brain of the individual properties of objective things that act directly on the sense organs. The sense organs transform physical stimuli from the external environment into nerve impulses that are

transmitted to the cerebral cortex through certain neural pathways. For example, we can see the colours, shadows and shapes of external objects through our eyes, which are our visual organs, but we cannot smell or hear sounds. Our ears can hear sounds, but not colours, shapes etc. On the other hand, an object like an apple has more than one attribute; it is a whole, with colour, shape, size, softness, smell, etc. In order to recognise this object (the apple) then, we need to engage our various senses to gather information. The sensory system mainly collects information about an individual property or properties and transmits this information to the cortex where each is located, where it has its own specific bundle of nerve conduction, and then our brain has to combine the various information we see, hear, smell and touch to analyse it, and then we know it is an apple. This is what humans commonly refer to as the five senses (sight, hearing, touch, smell, taste and skin). Secondly, different people perceive stimuli of the same intensity differently, that is, each person has a different level of sensitivity of the sense organs. This is the perceptibility of the sensory organs. For example, when a person has a bad cold, the perception of smell or taste may be worse than usual. So perception changes. So when a blind person loses their sight, their sense of hearing or touch will be better than usual. This is due to the compensatory effect of the senses, which means that the absence or deficiency of one sense promotes the increased perception of the other senses, thus compensating and making up for it. This compensatory effect of the senses has been demonstrated in a number of experiments. For example, researchers tested the auditory localisation ability of early blind people and found that blind people were able to hear better than normal people whether they localised sound through both ears or through one ear (Lessard, 1998). Based on these theories, and in order to better balance the weighting of the five senses when creating future games, this week I will be designing an experiential game based around sound, which I have named The Blind World.

Method:
This experiential game was originally designed to allow a person to experience the world in a visually impaired manner:
Firstly, it was necessary to create a visually impaired environment, so a black cloth/eye mask was chosen to isolate the light and visual effects on the senses.
Secondly, according to theoretical research, the compensation of the balance between the five senses is not instantaneous, so after the isolation of light, the players will have to sit in a chair for 10 minutes, during which time they will have to listen to some soothing music.
At the end of this time, players will each be given a guide stick and will have to use it to tap on the ground to move around the map, avoiding obstacles and crossing different terrains according to the sound, with the first player to reach the finish line winning.

After testing the game in practice, I have made some improvements to the game:
Firstly, a guide was added, who had to suggest the player's route by making a specific sound. Secondly, I have added a search for the backwards blind stick to the game.

Reflection:
I have a number of observations from this simulation:
Firstly, the theory underpinning the game is correct, in that the rest of the senses become more acute when vision is restricted, so I have gained some insight into how to increase the experience

of the other senses by restricting certain senses in future game design.
Secondly, through this game design and the time that followed, I realised that the process of designing a realistic game should put the safety factor of the game first, as the special nature of the game led to the danger of players crossing obstacles during the game.
Thirdly, in the future, the principle of gradual progress needs to be taken into account. After interviewing a number of players, I found that there was no clear understanding of the experience of blind people in terms of sound if they were given a guide stick straight away. After thinking about this, I set up a session to find the cane, and after testing it, it was clear that the new group of players relied more on the cane in the dark than the previous group of players 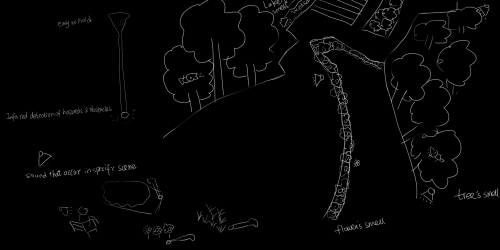 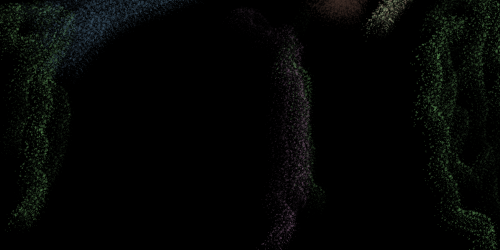