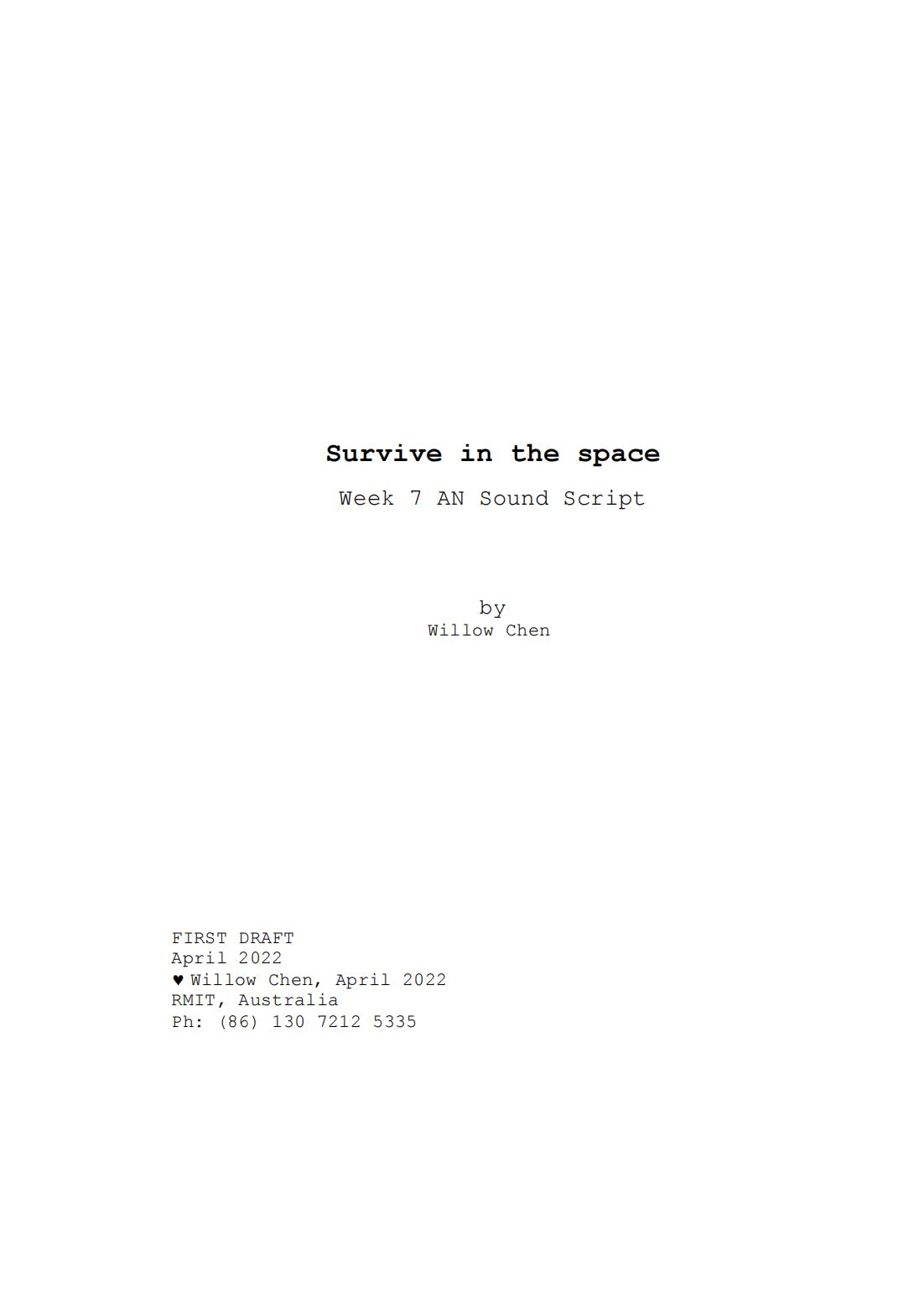 This script demonstrates ideas of sound that can unfold a story through time. By using the sound hierarchy such as atmospherics, sound effects associated with actions, and dialogues of the main character and off-screen character, I am able to display the plot's location and the main character's internal aspects. Through these diegetic and non-diegetic sounds, the story is unpacked.

The work is similar to the film Gravity (1), written by Alfonso Cuaron and Jonas Cuaron. The film examines the challenge that happens to live in the space after disastrous hitting by debris through the appropriate use of sound hierarchy. Similar work also exists in animation named Ghost in the Shell (2), which has an amazing theme song at its beginning.

By examining Gravity and Ghost in the Shell, I reflected that ideas of using music score can bring us a clear genre, sound effects such as radio waves can display the environment, and metaphoric sounds can reveal what's coming next, etc. Thinking through this, I decided to input vivid sound from the Sci-fi genre instead of descriptions that can bring characters to life. 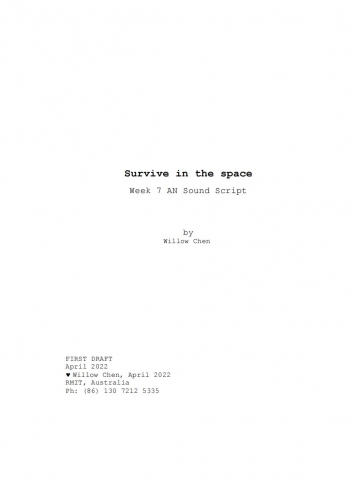 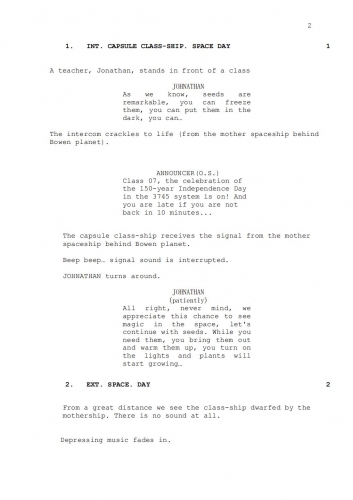 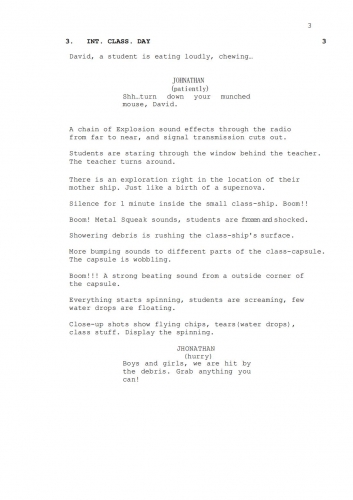