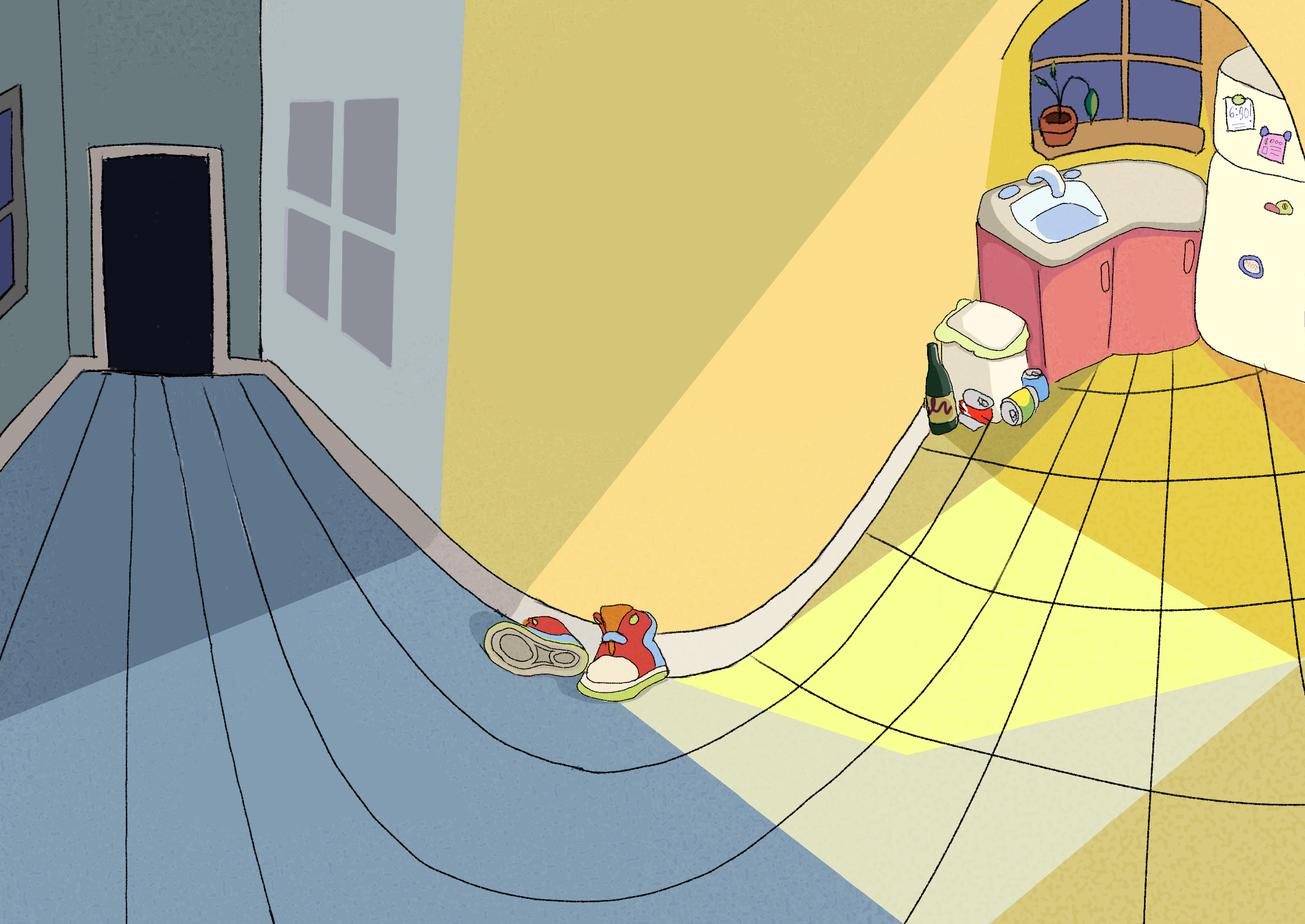 Studio 2 Statement of Intention and Progress 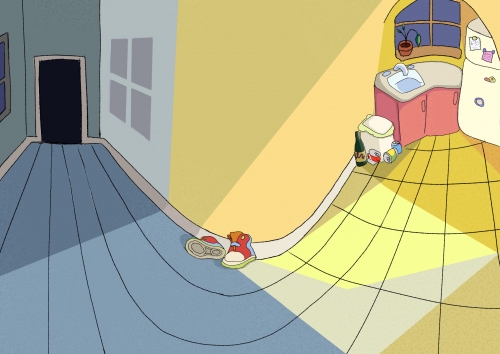 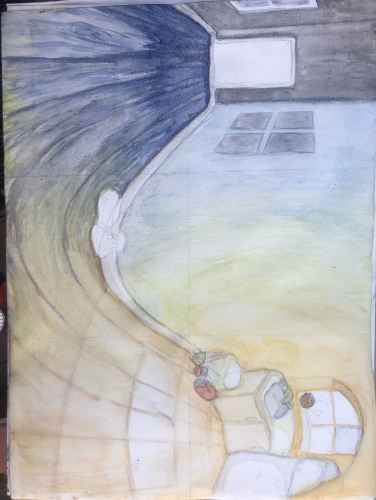 I am creating ‘Brood’ is a surreal 2D animated film, which follows a cockroach that becomes a boy and tries to fit in with a group of bird-like friends. I am doing this to convey a visual metaphor for otherness through exploring form and body in 2D animation, in order to bring a surreal expression of trans identity to my community of practice and break from typical expectations of what these narratives should contain.

This inquiry into adapting a trans experience into 2D animation purposefully removes representing the literal human body. This shifts the focus of the narrative and allows it to exist in a more complex space, which is necessary to communicate ideas and feelings which cannot be seen physically. 2D animation allows for these ideas to permeate beyond literal representations of environments and bodies, and also allows for these representations to be in continuous states of change. This project is specifically interested in how silhouettes and shadows can be used to communicate this.

Within animation, bodies are constructions, not limited to their real world form. This project aims to utilise the ability of animation to represent and manipulate a body within a narrative, in order to create a surreal representation of this perspective. There is often a pressure on stories about queer identity and experiences to be an act of explanation for the audience, to the point it could be considered a cliche. This project intends to break free from this expectation, and is motivated by the desire to explore these stories in a complex way.

Hence, it’s goal is to create layered visual metaphors to articulate complex feelings in a surreal way. The narrative’s focus on otherness, and the complicated sense of longing and guilt which can come with it. The cockroach boy plays a role like a ‘brood parasite’ does within nature, and this is reflected in the ambiguous animal forms of all the characters. The narrative is conveyed through this subversion of nature and the use of shadows and silhouettes throughout, which manipulate the audience’s perspective. This technique is inspired by Son of the White Mare (1981) and Samurai Jack (2001), which both rely on silhouettes and flat colour schemes to communicate character and narrative in dynamic ways. The dynamic movement and striking visual language of Ping Pong: The Animation (2014) also influenced the thinking behind this project.

Before finalising the narrative, I had some idea of character design and did some visuals before completing starting the storyboard and this gave me an understanding of how the visuals will convey the narrative. This visual testing was also an important part of developing an understanding of the treatment of colour in the project. I then shifted focus to creating the storyboard. The storyboard will be used to influence how many more character designs I need to finalise, and what they will look like based on their role in the story. The current storyboard isn’t final, but it is in a place where I can work on other aspects of development, like characters and backgrounds, concurrently. This will eventually lead to animating complete scenes, and then finalising the film with editing.

I will mainly be using ToonBoom Harmony and Storyboard. I have also used Clip Studio Paint in making the background illustrations. I will also potentially be using Adobe AfterEffects.

The final project will be a 2D animated film, likely between 1.5-2 minutes in length and in MP4 format.

I’d like to have to bug scuttling noises, and think they could be used in interesting ways to communicate some tension, or something at the back of the characters mind. I want to rely heavily on shadows and silhouettes visually, which kind of keep subverting expectations and play with what the audience is seeing. I think having some kind of sound that’s got a similar consistency or timelessness could be interesting.

I really love the Millennium Actress soundtrack, the movie goes back and forth across time but the music feels timeless and ties all the levels of the story together in the emotion. I find it really cool that it doesn’t really feel like it’s from any one era and kind of just encases the whole thing in a really mesmerising way. Especially the song ‘Run’. Similarly, Son of The White Mare (1981) doesn’t take place in any era because it’s kind of like a fairy tale, but it’s concerned with the Cold War, so the soundtrack sounds like radio waves at times. During the credits a loop of the sun man walking across the city plays, and this sound that reminds me of radio signals but still feels kind of timeless and all encompassing. Although, even though I like the sound in these projects I’m not sure they suit mine, and I’m open to talking about what would be a best match.

At the moment I don’t think I’ll have narration, but I did have a script in my first storyboard draft. My focus is on the animation, so it would need to compliment it rather than overtake it.

Paper tests on this document: