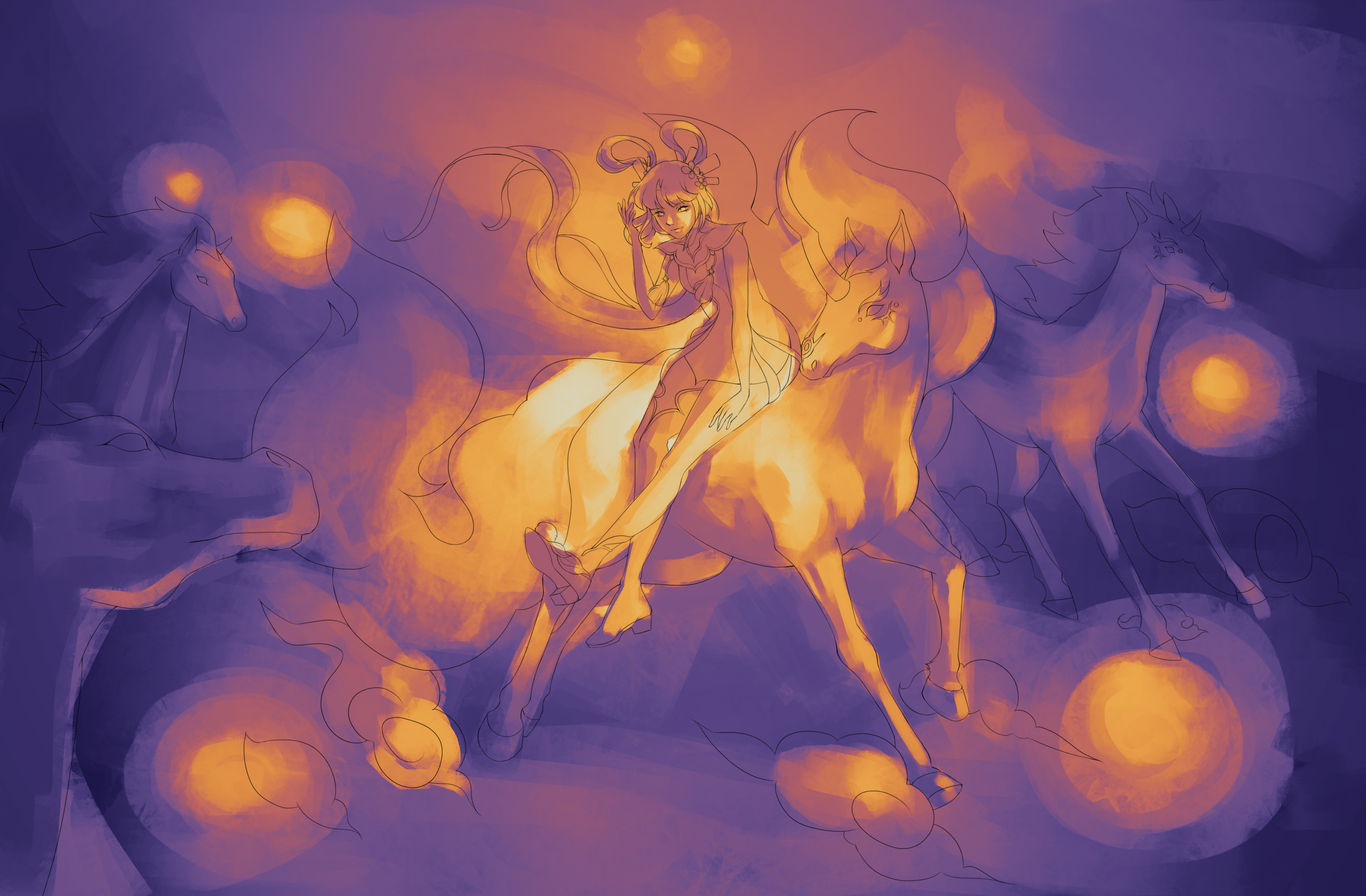 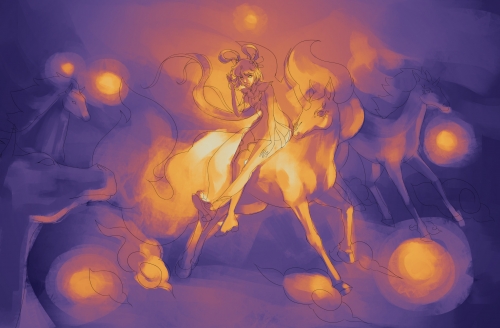 I will continue to explore my project idea developed in Folio 1, but strive towards the more technical and physical side of game production than just concept designs. I hope to develop 3D and game ready assets (modeling, UV unwrapping, texturing), explore shaders, build the environment, rig and trial animations (for creatures) etc.

I have yet to decide on a presentational format for Folio 2.  Depending on the time constraint, i may either present my work in a render stills (like photographs of the world), short video capture (like a documentary) or as a playable prototype (no mechanics, just visual environment + creatures)

My field would be game design, and research will be primarily targeted at games with beautiful environments to serve as inspiration for this project. I want my environment to feel lived in, diverse and dreamy.

Some sketches of plants / rocks will be completed in Photoshop.

I will utilise programs such as Blender, ZBrush and Substance Painter for 3D modeling and texture painting of assets.

These objects will eventually be taken into Unity for placement. If I want to present still renders of the scene, I might use Maya (Arnold) or Blender. If I decide to just create an environment ‘documentary’, then I might play with URP (Universal Render Pipeline) or HDRP (High Definition Render Pipeline) and post processing in Unity. ‘Documentary’ means that there might not be player interaction, but just a camera panning around to show the world. If a game prototype can be produced (player able to walk around) then this will most likely be produced in the Standard version of Unity, unless I figure out a way to make Player Controller work in URP or HDRP.