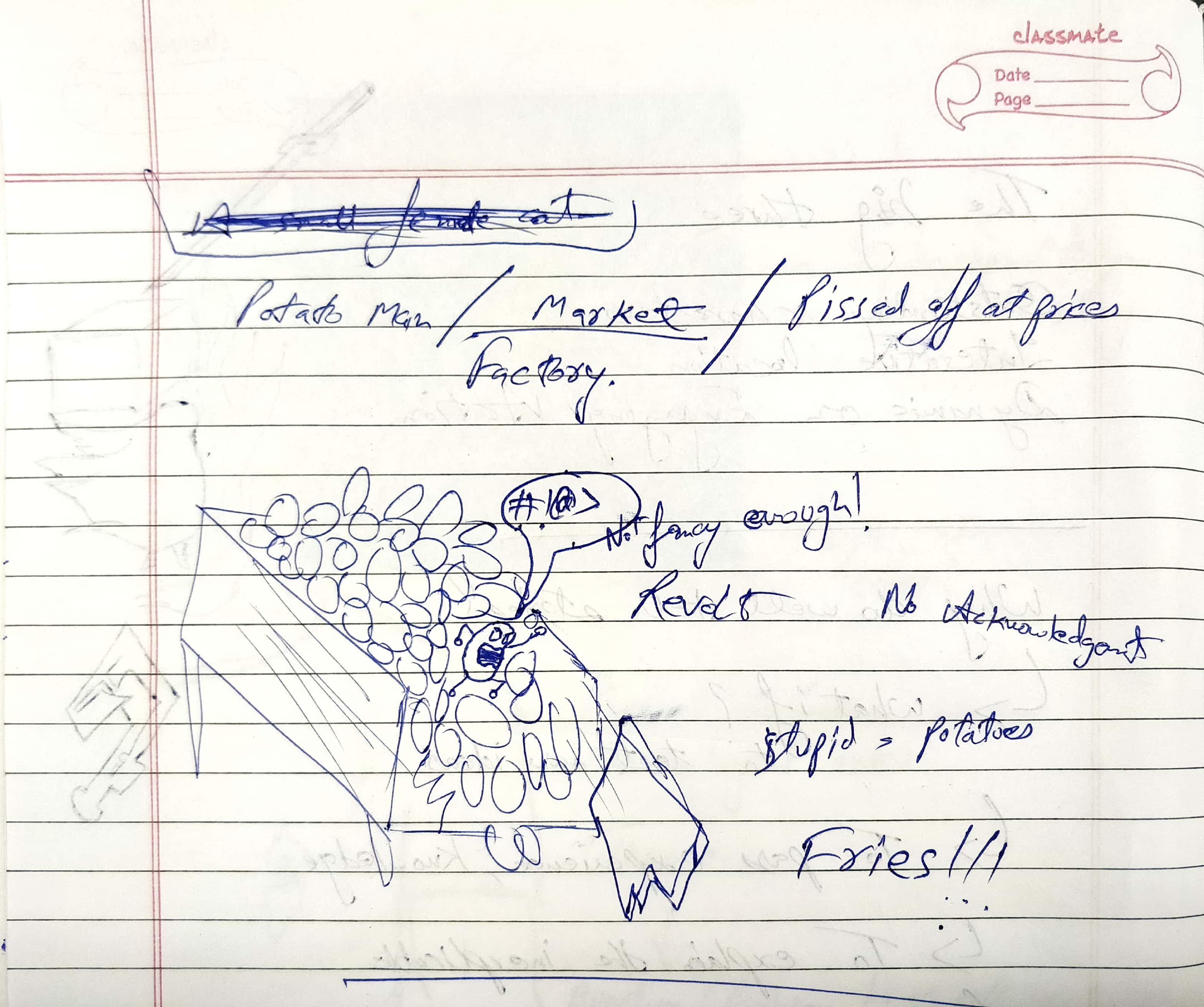 So imagine a potato who's pissed of being undermined.

What's next? The potato man rises!

Among many other potatoes, there lives one pissed off potato who is done with being umdermined and is ready to take matters in its own (metaphorical) hands and won't stop until it is acknowledged by the entire human race!


A revolution is on its way, can you survive a world without FRIES???