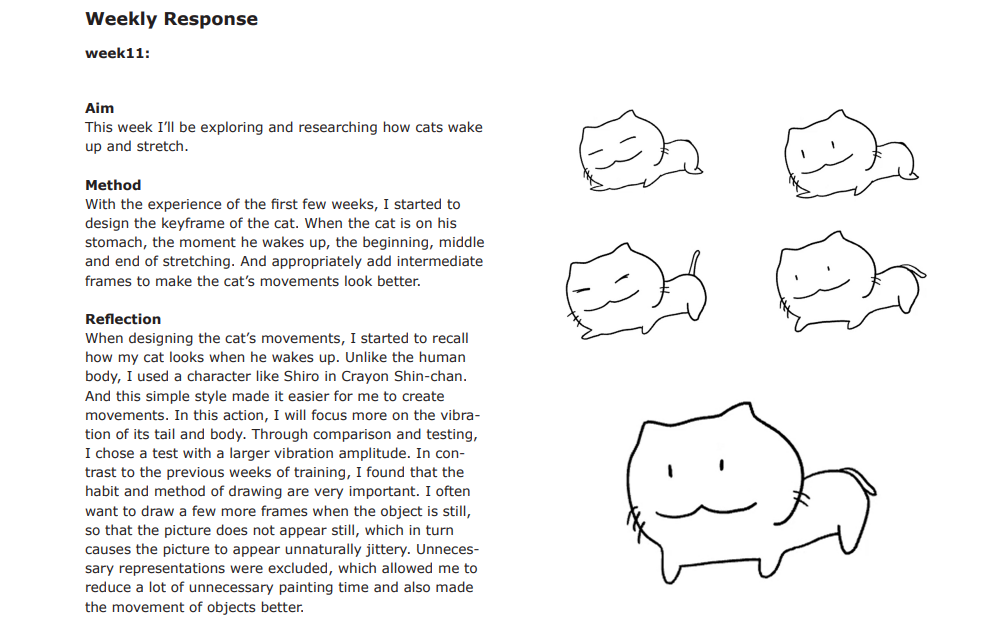 Aim
This week I’ll be exploring and researching how cats wake up and stretch.

Method
With the experience of the first few weeks, I started to design the keyframe of the cat. When the cat is on his stomach, the moment he wakes up, the beginning, middle and end of stretching. And appropriately add intermediate frames to make the cat’s movements look better.

Reflection
When designing the cat’s movements, I started to recall how my cat looks when he wakes up. Unlike the human body, I used a character like Shiro in Crayon Shin-chan. And this simple style made it easier for me to create movements. In this action, I will focus more on the vibration of its tail and body. Through comparison and testing, I chose a test with a larger vibration amplitude. In contrast to the previous weeks of training, I found that the habit and method of drawing are very important. I often want to draw a few more frames when the object is still, so that the picture does not appear still, which in turn causes the picture to appear unnaturally jittery. Unnecessary representations were excluded, which allowed me to reduce a lot of unnecessary painting time and also made the movement of objects better. 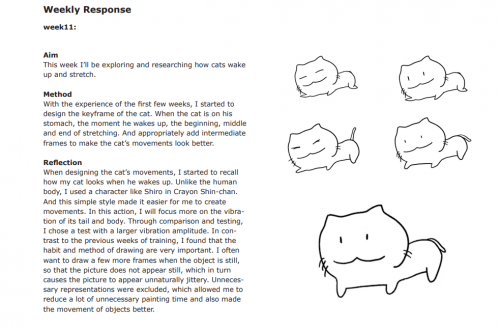