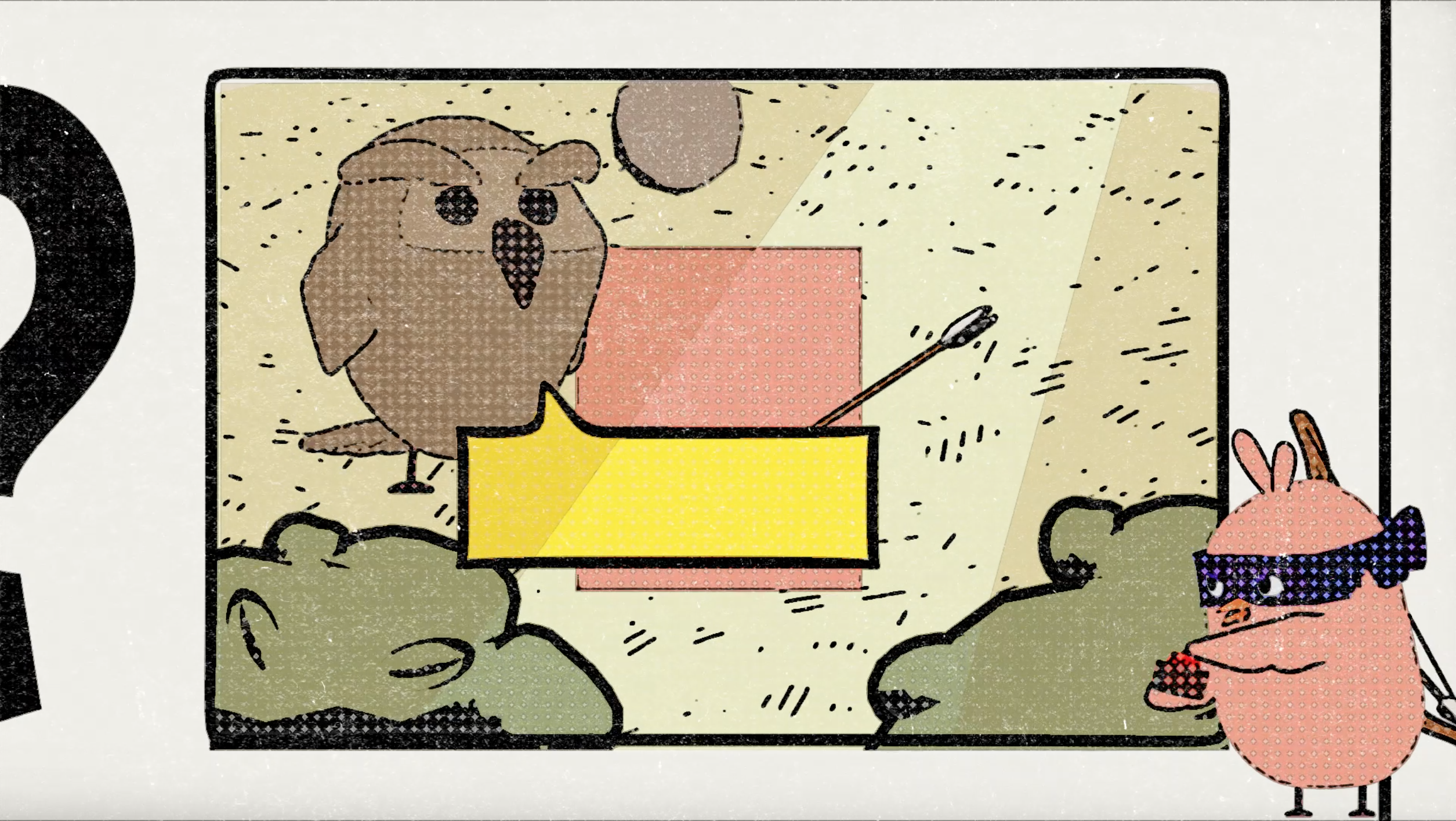 Experiment: The Use of Comic Panel and Its Aesthetic

To create the unexpected while swiftly shifting the focus of the audience to the cock robin at the corner of the frame, I created a pop-up comic panel with an extreme CU of the cock robin’s wing with the button in hand. By using saturated colours and the movement of the background in the pop-up comic panel, I was able to relocate the audience’s focal point to the corner of the shot. I also tested out a few ways to pop up the comic panel, varying from masking to scaling. In addition to that, I applied a posterise time effect to that panel so it’s looking like it’s animated on 2’s.

To further explore the aesthetic of a comic, I added halftone dots to the textures in addition to the looping white scrape textures. I animated the dots a bit so that they don’t stay still and clash with the animated white scrape textures. Also, I tried to create a focus shift effect with the halftone dots. I enlarged the dots and decreased the opacity of the animation layer so that the audience’s focus could be on the front pop-up comic. However, the idea wasn’t working out so well and created a weird look to the animation.

In short, the concept of a pop-up comic panel works well and the idea of having halftone dots in the texture adds to the comic look as long as I am not trying to do a shift focus effect with it. 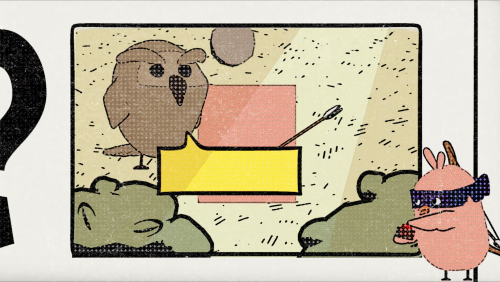 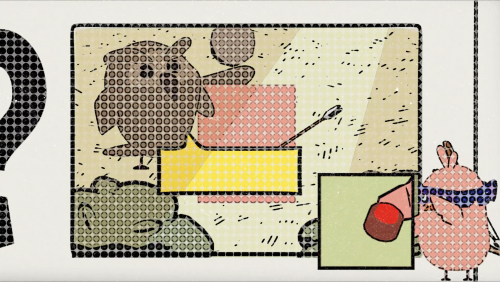