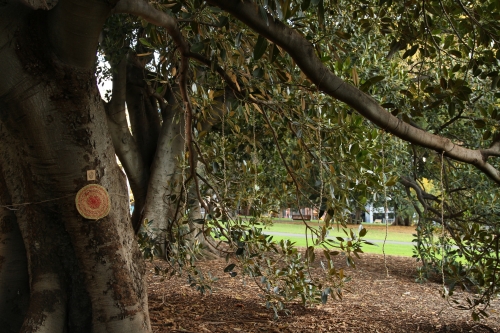 Some behind-the-scenes photos and videos of the filming for my Studio Three final project: Heartree.

Due to the COVID-19 global pandemic and all RMIT campuses shut down, filming Heartree onsite at RMIT Brunswick Campus was going to be a major hurdle, with numerous layers of approval needed. Therefore, I had to fallback on my contingency plan of filming on a tree at a local park.

A lot of planning and preparation was done for this film shoot, so even though I was feeling a bit under the weather on the day of the filming, I'm very grateful everything went smoothly. Special thanks to Alex von Hofmann, my filmmaker, for filming Heartree and Chad Toprak for helping out with setting up the installation and being a part of the film.

Some reflections in hindsight: