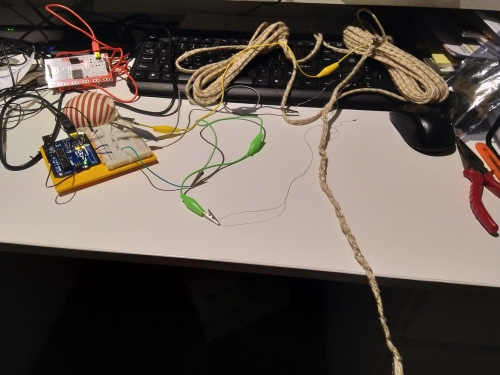 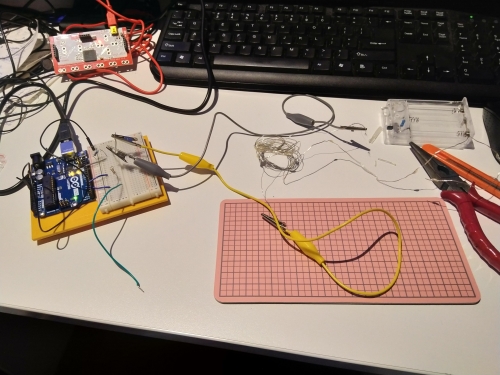 Testing a basic setup using the Capacitive Sensing Library in the Arduino IDE to test touch sensors, as I wasn't happy with the limitations of the Makey Makey from my previous proof of concept when interacting with lights (it required an extra circuit connecting the player to the Makey Makey, which would make the Heartree user experience less immersive), and if my hand was too dry or cold, it wouldn't detect as well. Therefore, I wanted to quickly test whether the Arduino Uno would provide better results.

Hacking the LED lights was just a simple case of cutting the wires near the battery box, stripping the wires, testing which is power/ground, and connecting it to the Arduino with a resister to avoid blowing up the lights. The capacitive sensor uses a 1 megaohm resistor for absolute touch (only activates when physically contact is made). I then wrapped the LED lights around a rope, and sewed in conductive thread to act as the touch sensor on the rope.

Doing this test showed a much better sensing capability, where the lights lighted up instantly on touch. I was pretty happy with the result.