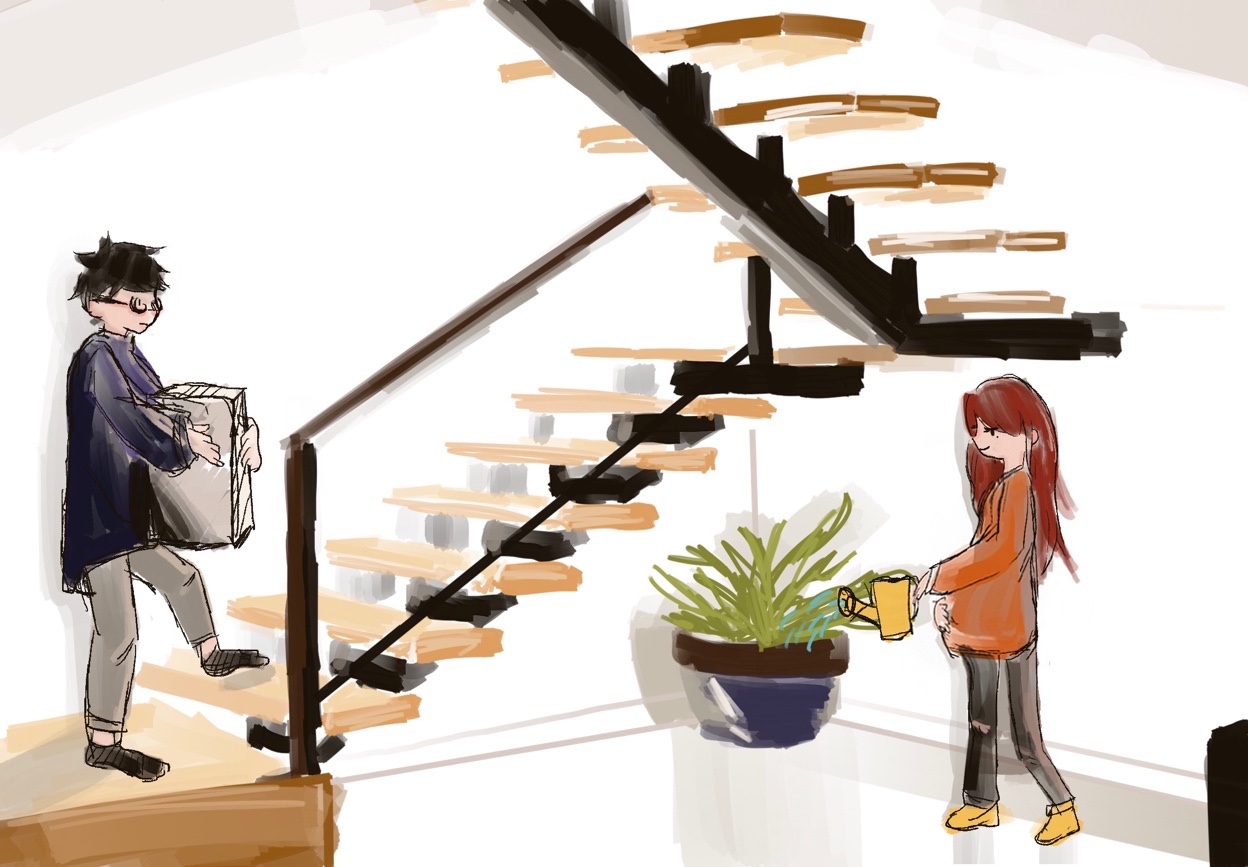 In response to this week's theme of Time I explore and make a simple story about a family moves into the new house and use two images to show the different points on the timeline. The story starts from a young couple, and they are welcoming to a new born baby. Another image shows the change of 5 years late, the ‘new born baby’ and the an new family member bring some changes to this family.

By drawing those two painting, I try to use some detailed part to show the changes rather than directly show the characters. Such as the painting on the wall, to remove the plants and put a kennel, the family photos next to the stairs. Both of them helps me to create a simple story. And I would like to use this to putted on my concept design for AGI Studio 1 work.

This idea is inspired by the Netflix series Why women kill(2019), which shows a same location but different three main character in different timeline. This kind of displaying way can be seem in the game system as well, for example the cube escape: Seasons(2015) and Devotion(2019). The player in those two console games need to cross different timeline and get the clues. They need to change something in the past in order to influence the future. 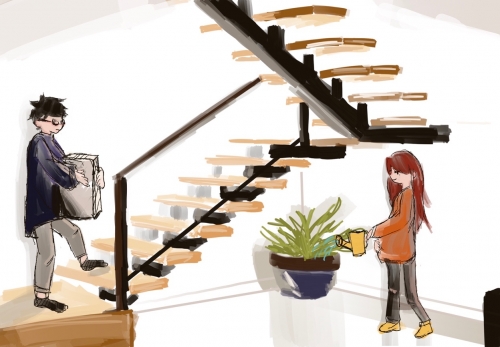 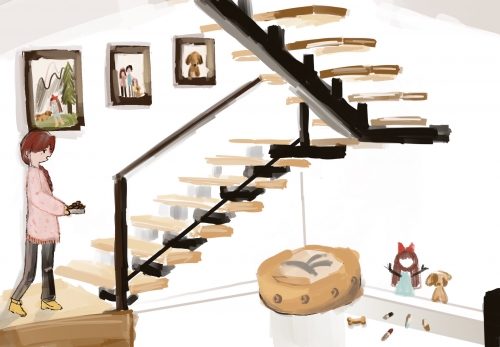