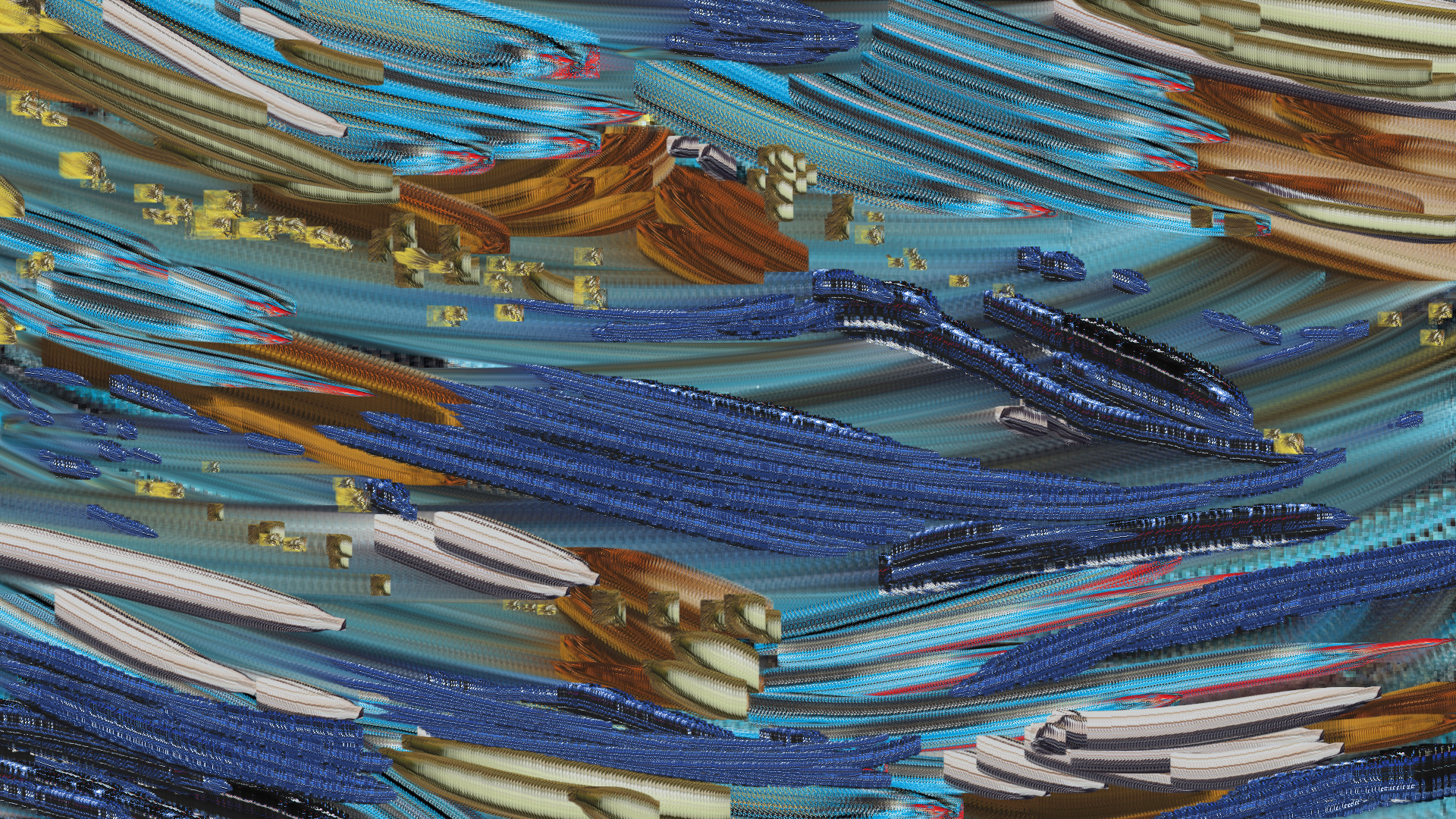 Max’s talk on forces discussed the ideas of following the things that compel your work forward, being aware of them and embracing them as a way to experiment productively. I didn’t get a chance to see the board of options until later that night, but before that I had a chance to discuss and research the idea of how other artist’s works are used, or reappropriated, to generate new works, and who gets the credit. So I followed this ideal that compeled me to create.

My context centres on the art movement of Appropriationism, which I thought was relevant given the original exercise called for students to take other students (albeit vague) ideas and produce work using a number of them. A collaboration.

I wondered where the line could be drawn, and liked the idea of presenting everything we create as a “collaboration”. A painting is a collaboration of the painter’s mind and technique, and the creator of the paints and pigments, etc. I believe that if we are able to look at works in this way, maybe we’ll be able to form a stronger opinion and self-awareness of what we like, of what draws us in and compels us forward, by being able to say things like “my favourite part of this collaboration is the input of the paint maker”.

A work which for me epitomised the extreme of this movement is Sherri Levine’s series After Walker Evans, from 1981. It definitely provokes the question over how far is too far when utilising the creativity of others. I researched the works of a number of appropriation artists, with an essay titled “Appropriation in Contemporary Art” by Hayley A. Rowe citing the work Les Demoiselles d’Alabama by Robert Colesscott, and appropriation of Picasso’s Les Demoiselles d’Avignon, which set me along the course of looking at repainting works using other artists works to recontextualise them.

Create a series of limited brush palettes in Photoshop that are exact cloned images of famous artists most recognised works. E.g. a Picasso brush set.

Use these brush sets to paint things, or repaint different artists works.

While setting up the brushes in photoshop (which is very limited when attempting to use exact images) I came across an EXTREMELY high resolution digital version of Van Gogh’s Starry Night. So high res that you can see the canvas in between strokes of paint.

I was really drawn to the amazing crops and patterns that came out of viewing this so closely, so decided to create a single palette of brushes featuring 5 paintings from Yoshitaka Amano, and mimic the brush strokes and movements using just these images.

I felt that this spoke more strongly to the idea of recognising the smallest elements of an artwork, down to the patterns of the strokes, as a collaboration by 2 or more creators. It also married well with the context of using appropriation to recontextualise work, in this case by using the work of one artist renowned for his work in conceptualising and creating fantasy worlds, to repaint parts of a work that is famous world-wide as an example of the fantastical representation of our own world.

Using the mixer brush, and brush presets tools with images in photoshop proved quite unpredictable. The only real control I had was picking which of the images I felt would best approximate the colouring or texture of the strokes I wanted to emulate, and then see which parts of those images the brush tool decided to accentuate. 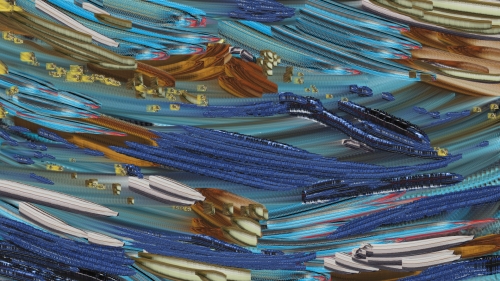 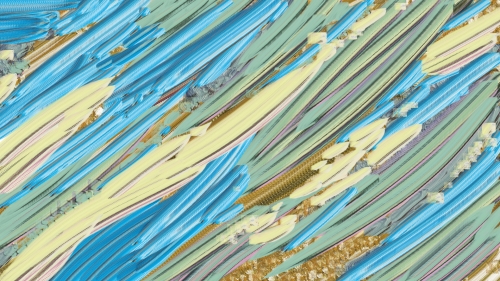