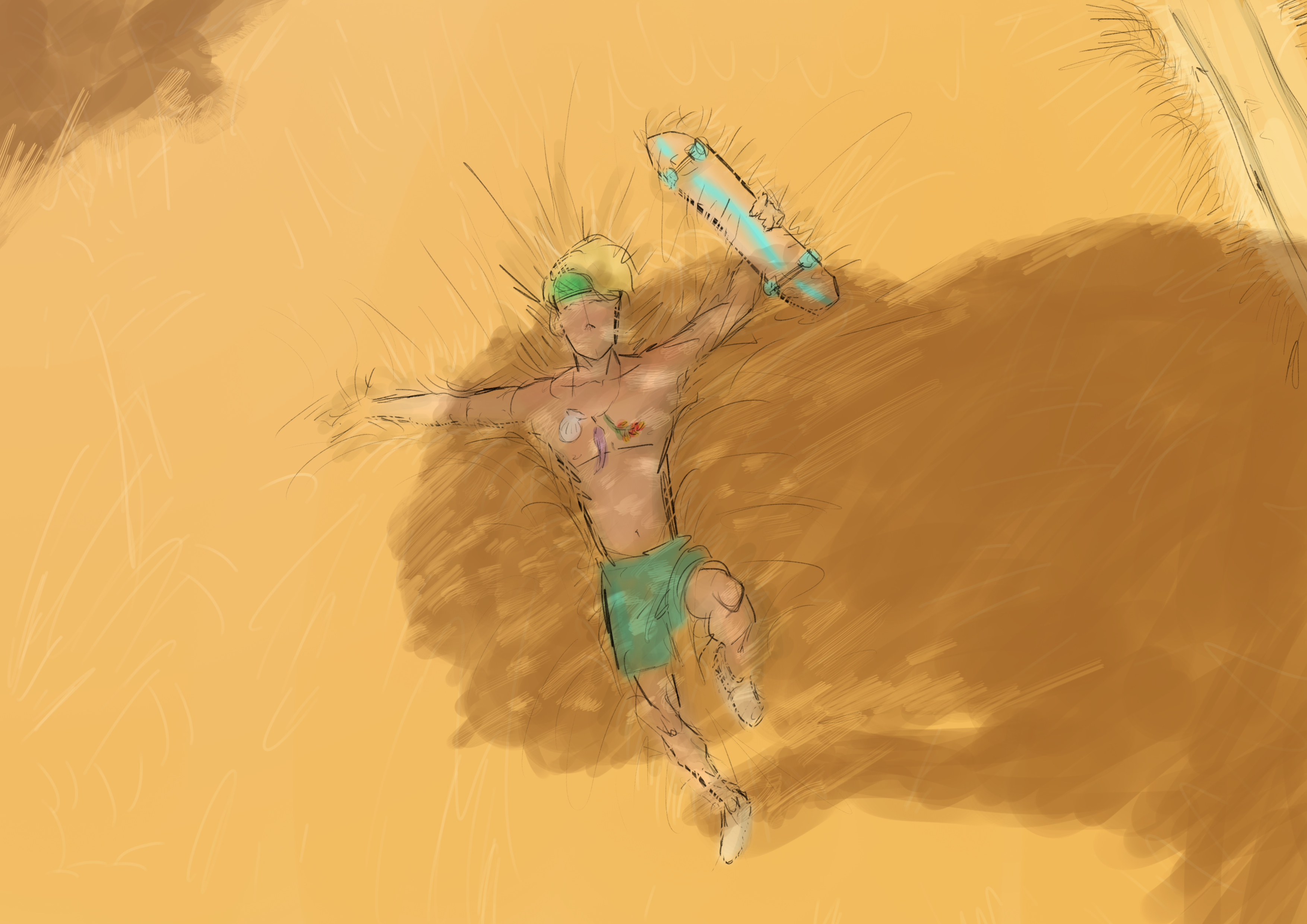 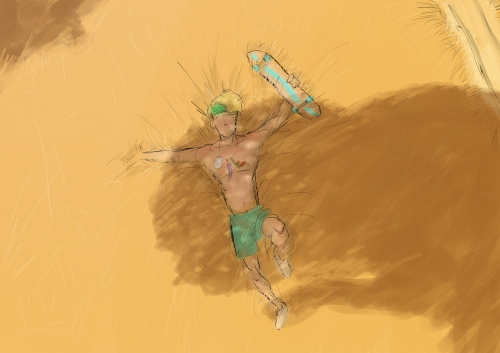 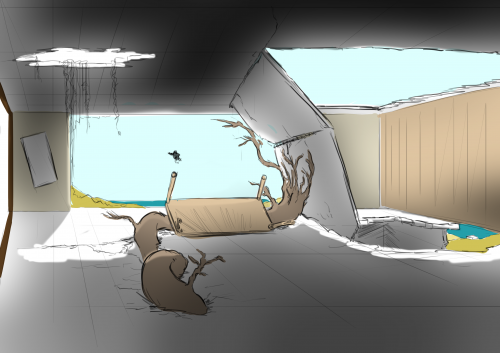 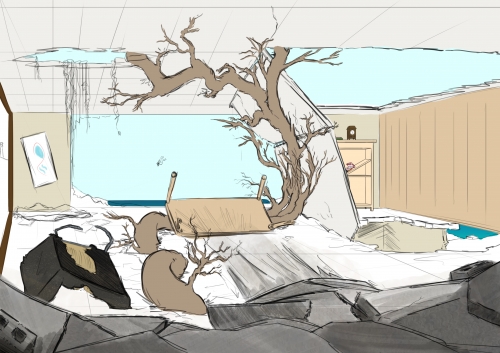 In response to this week's theme of character, environment and events I produced a couple of concept pieces for my Studio 1 game Bearings depicting the relationship between the player character, the game's setting and how the two interact through skateboarding.

To create these pieces I started with the mood of my game, aiming for an Australian beach town feel. This informed the colour palette; dry oranges, yellows and beiges contrasting with vibrant blue tones. I wanted to show a peaceful, post-civilisation world where the player character is free to explore overgrown towns and untouched landscapes.

In the first piece I show the character resting in the shade and embedded in dry grass, as if he were becoming one with it. In the top corner of this illustration you can see a small path carved out by the player's skateboard. These elements are to show that the player embraces nature, letting it consume him, in return for passage through it. There is a relationship there between the two, and it serves to enable the player's skating.

In the second image I present a beach house in ruin being used by the player as a ramp. I attempted to represent mid-century design in the form of the house, keeping it flat and light, as to invoke a sense of nostalgia and link in with a theme of forgotten places. But rather than simply present a ruined house I wanted to show an evolution of sorts, having this space become something new in the context of the game. It becomes an opportunity for play and intrigue in its new time.

Similar works have been made by Naughty Dog and the concept development teams that worked on The Last of Us series, which present cityscapes overrun with plants and wildlife.