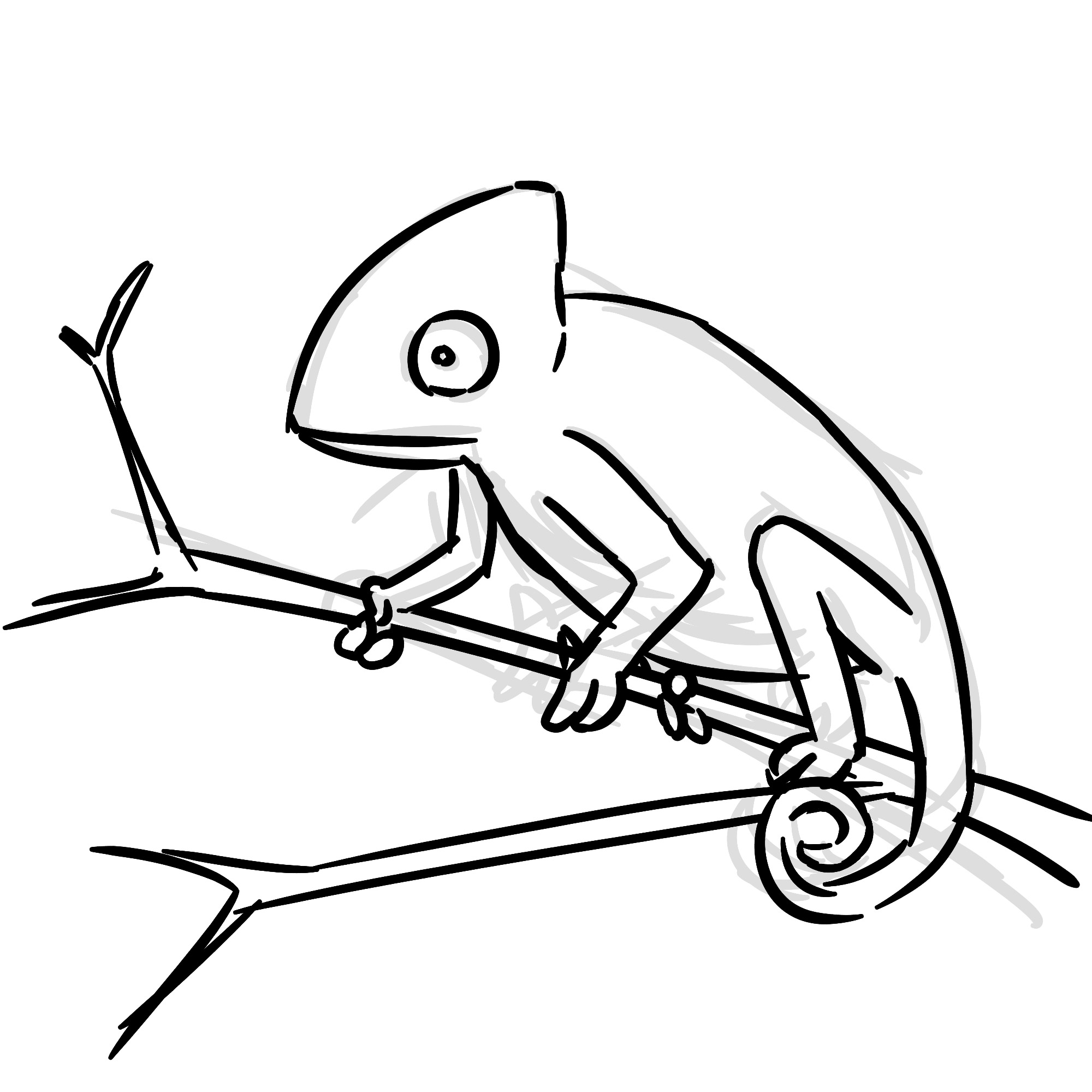 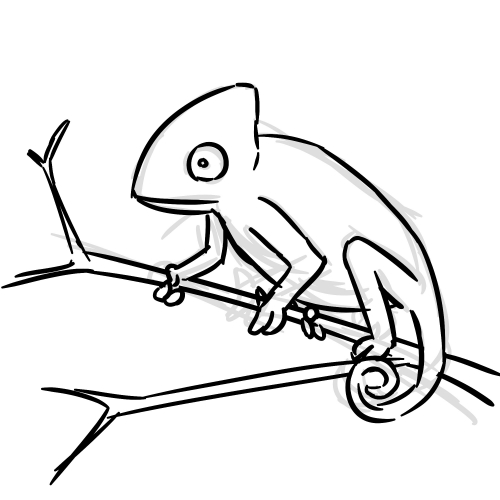 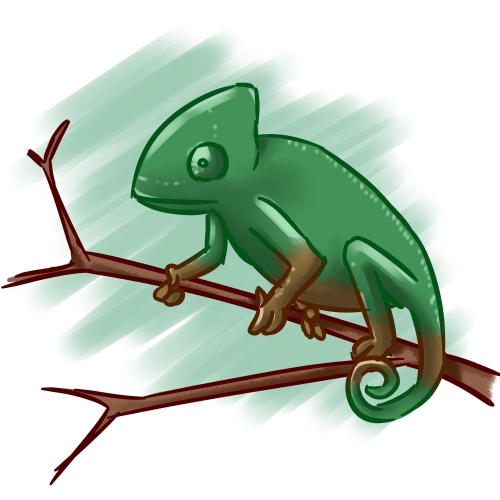 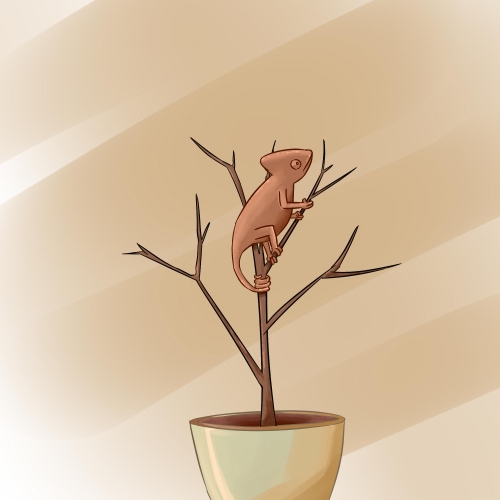 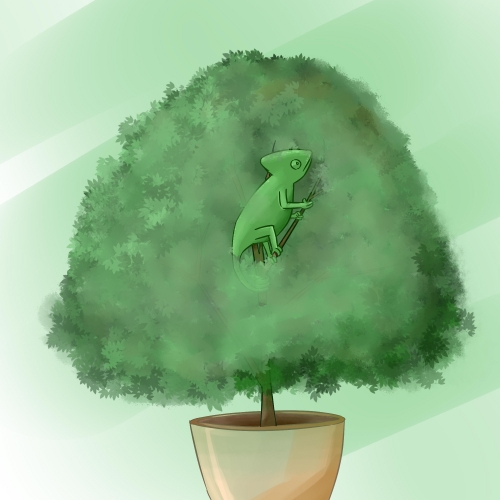 In response to the theme of characters and events, I used the software SAI to create two story images. These two pictures show that the chameleon will appear green on the leafy plants, and as he eats the leaves, the bare tree also makes its body color change.

By making this little piece, I realized that choosing something like this where the environment and the subject interact as the subject of the story is a very interesting way to design. Conflict is an essential element in most stories, because often two things that can interact can create a point of conflict. The more tumultuous the story, the greater the need for conflict. The character influences the background, which in turn feeds back to the character, which can be a perfect cycle, but if one party over-influences the other, the possibilities are endless and changeable.

Similar work has been produced by Steve Cutts. His work 'MAN' expresses a similar theme, that mankind has been constantly transforming and destroying the world, but in the end the world sends aliens, an unimaginable weapon, to solve mankind, is a small ironic animation, which is often more memorable for its unique design.