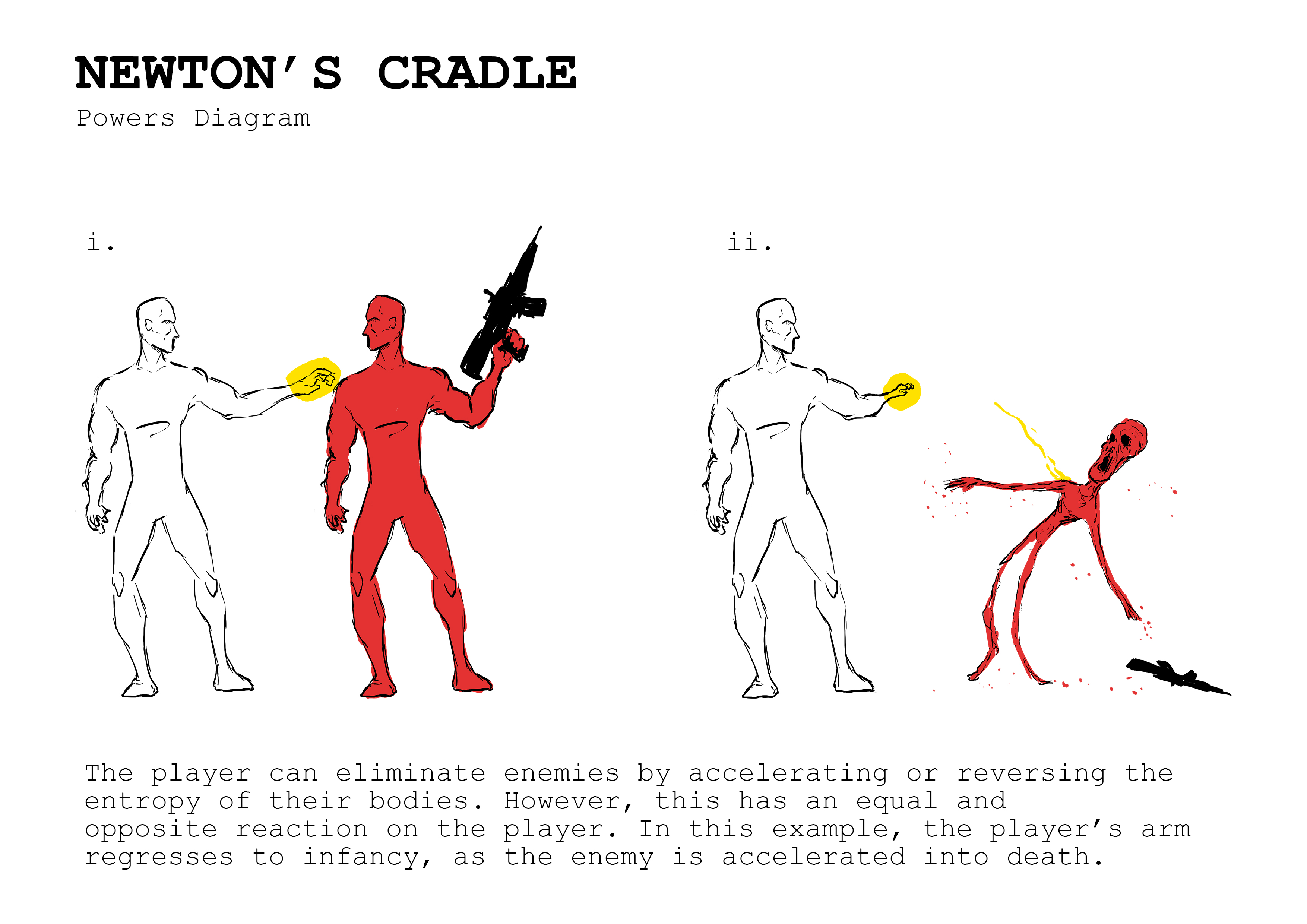 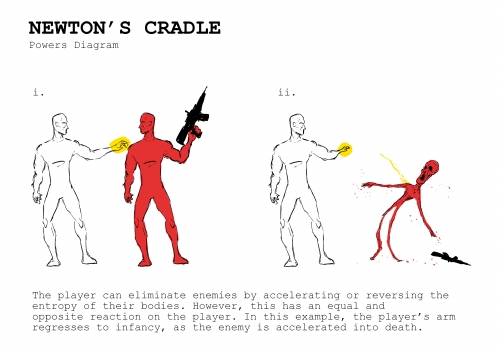 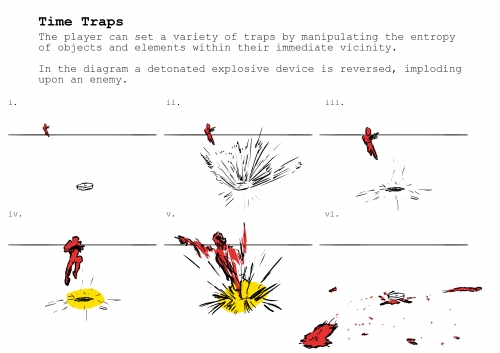 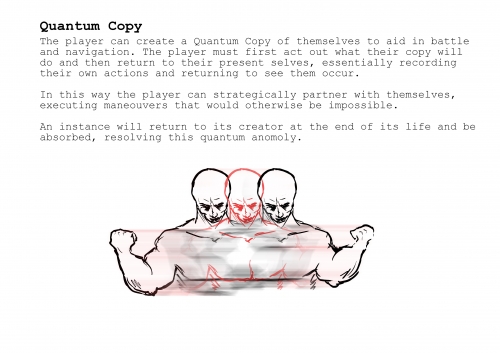 In response to this week's theme of Time I have developed a video game concept in which the player can control the entropy of their enemies, their environment, and themselves.

Inspired by the use of time in Death Stranding (2019), in which inter-dimensional rain rapidly ages anything it touches, I began thinking of interesting game mechanics that could take advantage of time itself in ways that both help and hinder the player. I employed Newton's third law of physics, that every action must have an equal and opposite reaction, to ground the abilities possessed by the player.

Players can accelerate or reverse the age/time/entropy of anything around them, with the above example depicting an enemy being aged through to death. This action has an equal and opposite reaction on the player, whose body reverts to infancy. The player therefore has to constantly juggle their own state while managing their surroundings.

One of the mechanics, the Quantum Copy ability, was partly inspired by Austin Powers: The Spy Who Shagged Me (1999), in which Austin travels 10 minutes into the past to aid himself in battle. For the visual depictions of these abilities I also borrowed from the video game Control (2019), which features documentation illustrating the world and its phenomena and describing it in dry, technical detail.