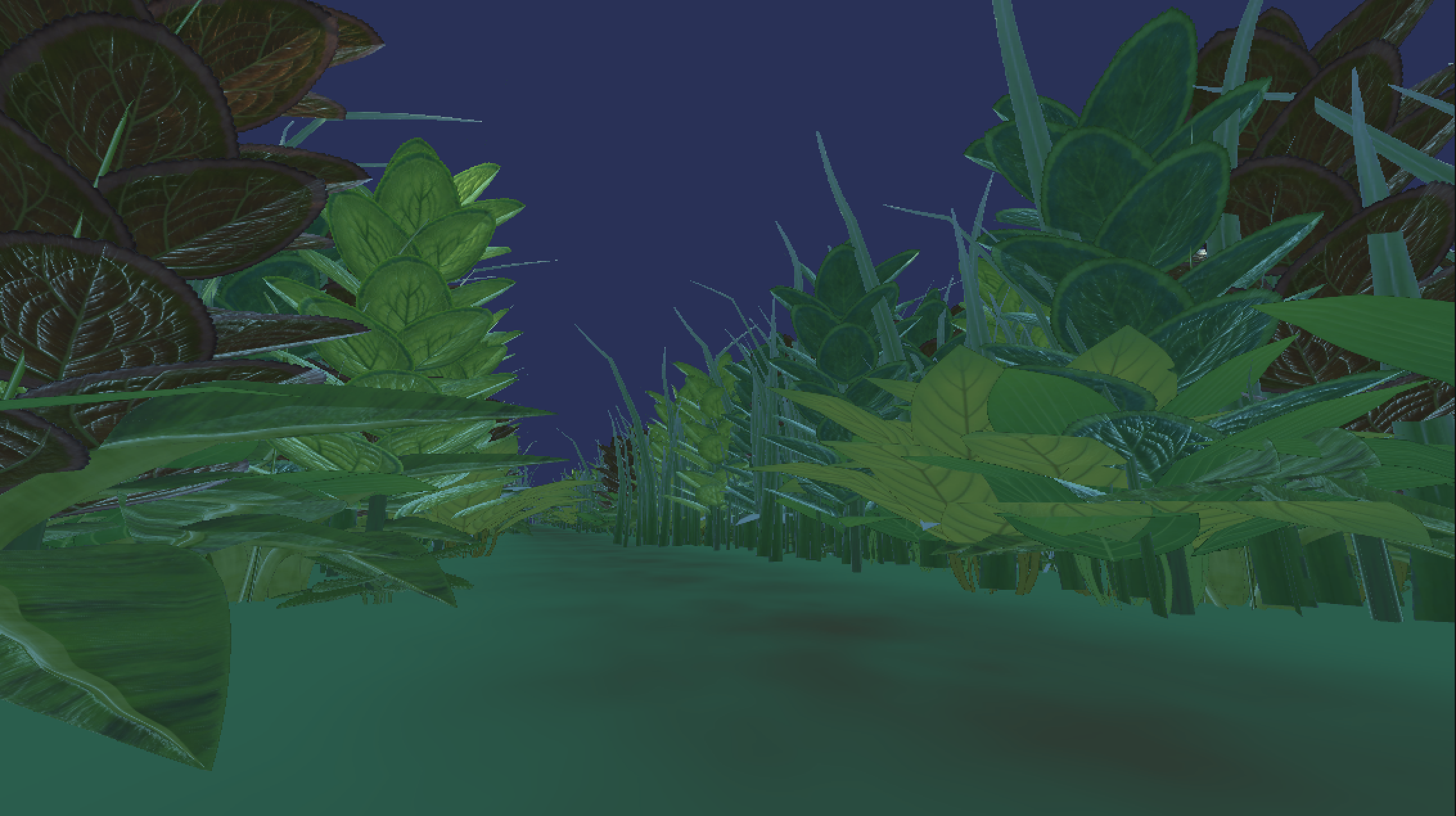 In response to this week's theme of Time, I made a demo scene in Unity where the passage of time is linked to the movement of the player through the scene (playable here)

Thinking about the concept of variable time, as introduced during the lecture, I coded a rudimentary day/night cycle that is dependent on how far the player has progressed through a long, narrow environment. This was achieved by rotating the scene's directional light, as well as changing the colour of the skybox, to create a visual difference between day and night. Additionally, I tied the growth of plant objects (using the same assets that I used in my Week 5 activity) in the scene to the same player progression, so that as the player moves through the scene, the world starts off barren, blooms into lush life, and then returns to being barren. The result of this is that player has full control over the passage of time in the scene, and are able to make time progress, reverse, or come to a halt, depending on their movement.

The conceit of player movement controlling the flow of time is explored in the game The Gardens Between (trailer viewable here), developed by The Voxel Agents. A puzzle game about two friends exploring a surreal dreamscape based on their memories, the player controls the character's progression through time as they travel along a set path. The player is able to use this temporal movement to solve puzzles, remove obstacles that block the characters path, and avoid enemies. 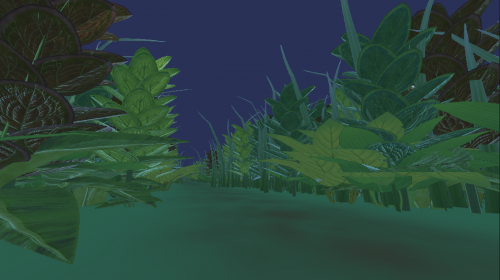