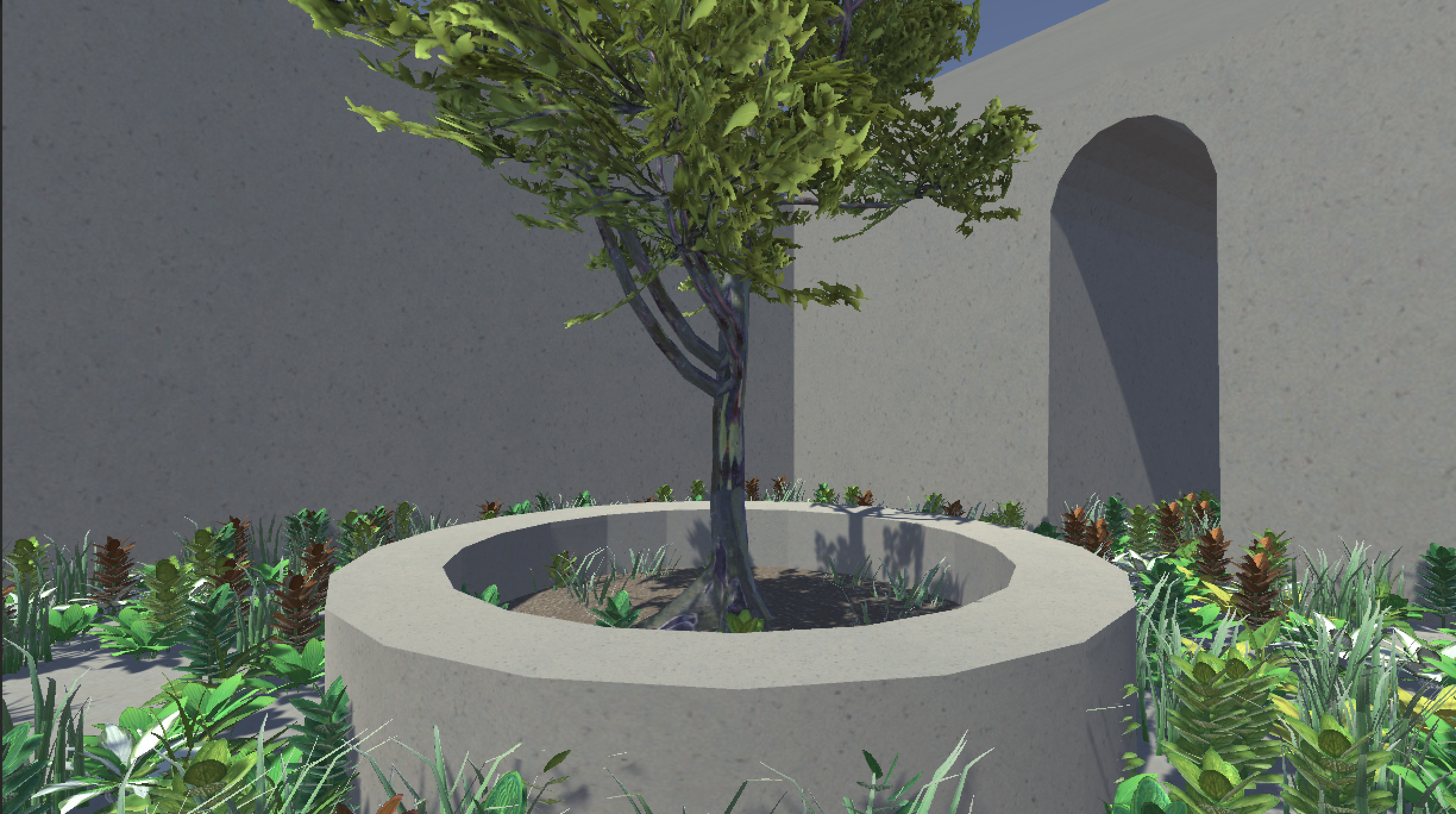 In response to the theme of Object Oriented Ontology, I created a digital diorama in Unity, that depicts a walled castle courtyard slowly being overtaken by blossoming plant life (playable here)

Thinking about the concept of OOO, I was drawn to the relationship that plants have with their environment, particularly the way that they interact with urban environments when allowed to grow free from human interference; the way that grass grows through cracks in the pavement, or the way that vines grow up walls. To explore this theme I wanted to depict a very ordered, human scene, that is slowly being overtaken by nature due to an absence of a human presence.

This idea has been explored in a much more dramatic fashion by the speculative documentary (and follow up TV series) Life After People (avaliable here). The show asks the question of what would happen to the world left behind if all humans were to simply vanish overnight. Through interviews with experts in a variety of fields, the show examines the consequence of this vanishing in the immediate short term, all the way through to millennia in the future. A part of this process would be the ‘reclaiming’ of our urban spaces by nature, as plants begin to grow, and then animals begin to roam around, the cities that are left behind.

In terms of the form of this weeks exercise, I was inspired by the Cathedral-In-The-Clouds project by Auriea Harvey & Michaël Samyn, which aims to create digital scenes for contemplation and meditation, based on religious iconography and stories.

---
For this project I used several free assets sourced from Unity's Asset Store. For the central tree I used a tree from the 'Realistic Tree 9 [Rainbow Tree]' asset pack by Pixel Games (found here) and then the rest of the plants were form the 'Low-Lying Plant Pack' by Jonathan Foust (found here).
I also used some 'generic' texture resources that I had previously purchased from DevAssets. 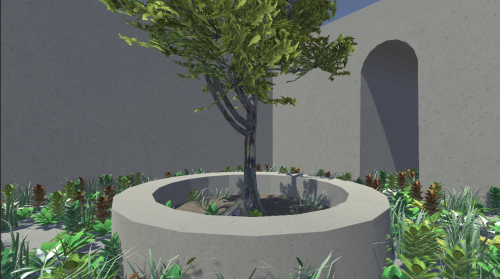 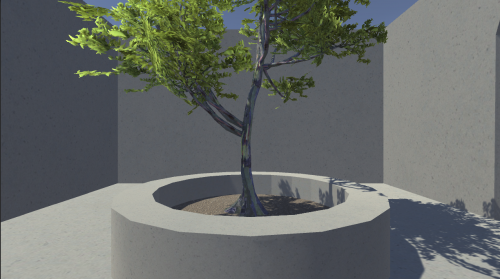