In response to the theme of place, I made a storyboard using pencil drawing on paper. I imagined a story of a teenager walking around her house for the last time before moving out.

By drawing the way she reminisces about the past when she sees the items around the house, I was able to show the memories of the character, and how the house has become an object that visualizes her emotions. At the same time, the character is also shaped by the house because it’s a safe place for her and she has become so attached to it.

Similar work has been produced by the video game company Giant Sparrow, whose work What Remains of Edith Finch explores this theme by telling a story of a cursed family, who lived in a tall and weird looking house. Each of the room is decorated and influenced by its owners’ characteristics, and they are also a representation of each family member’s inevitable fate (Giant Sparrow, 2017). 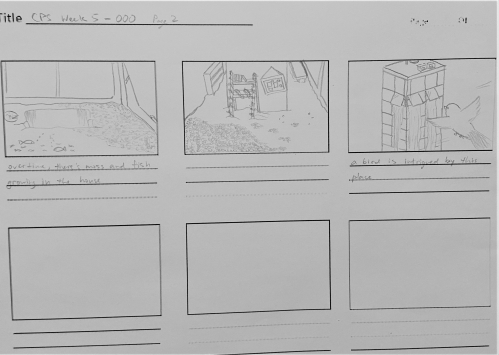