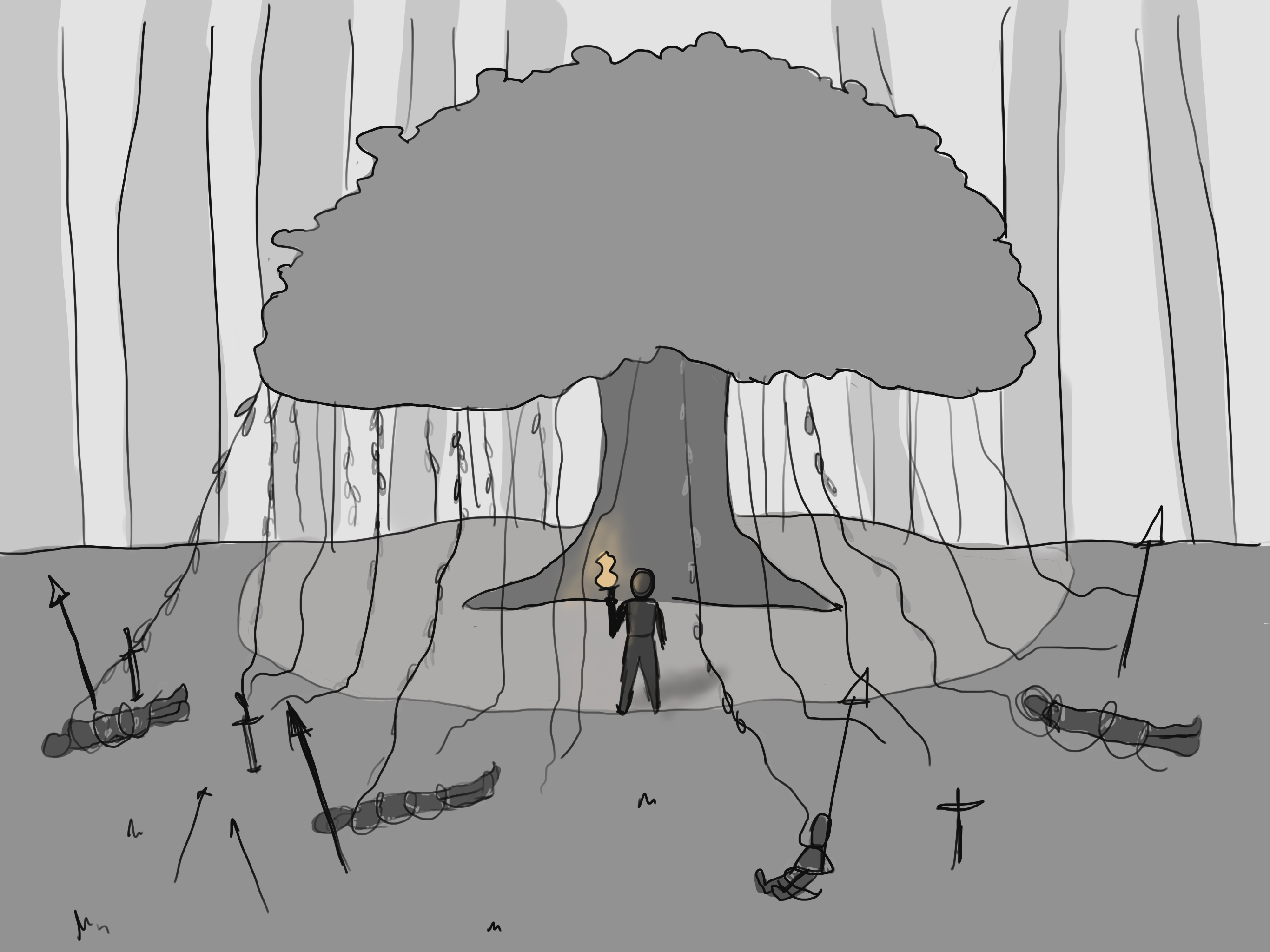 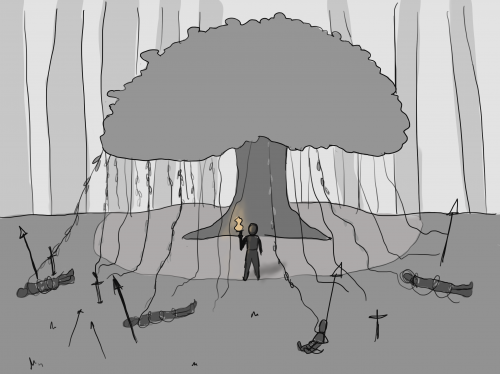 In respose to the theme place, I created an image that let's the place tell the story. This image denotes that the person in front of the tree is worthy, seeing how the other bodies strewn around it have the tree's branches around them. Similarily, in most video games tht is the case, where the environemtn gives you an idea of what's to come, for example in The Last of Us, as the player goes about the world there are various visual cues that let the player know what had been in the location before they arrived, other than just the general decaying. For example in the sewer level, there are various things that let you know there was an underground society sheltering themselves from the pandemic outside. In other parts of the game the way some of bodies are positioned let’s you know how that person died, execution, suicide etc. so generally as you enter a new level, the environment is just as essential in the storytelling as the dialogue and gameplay.