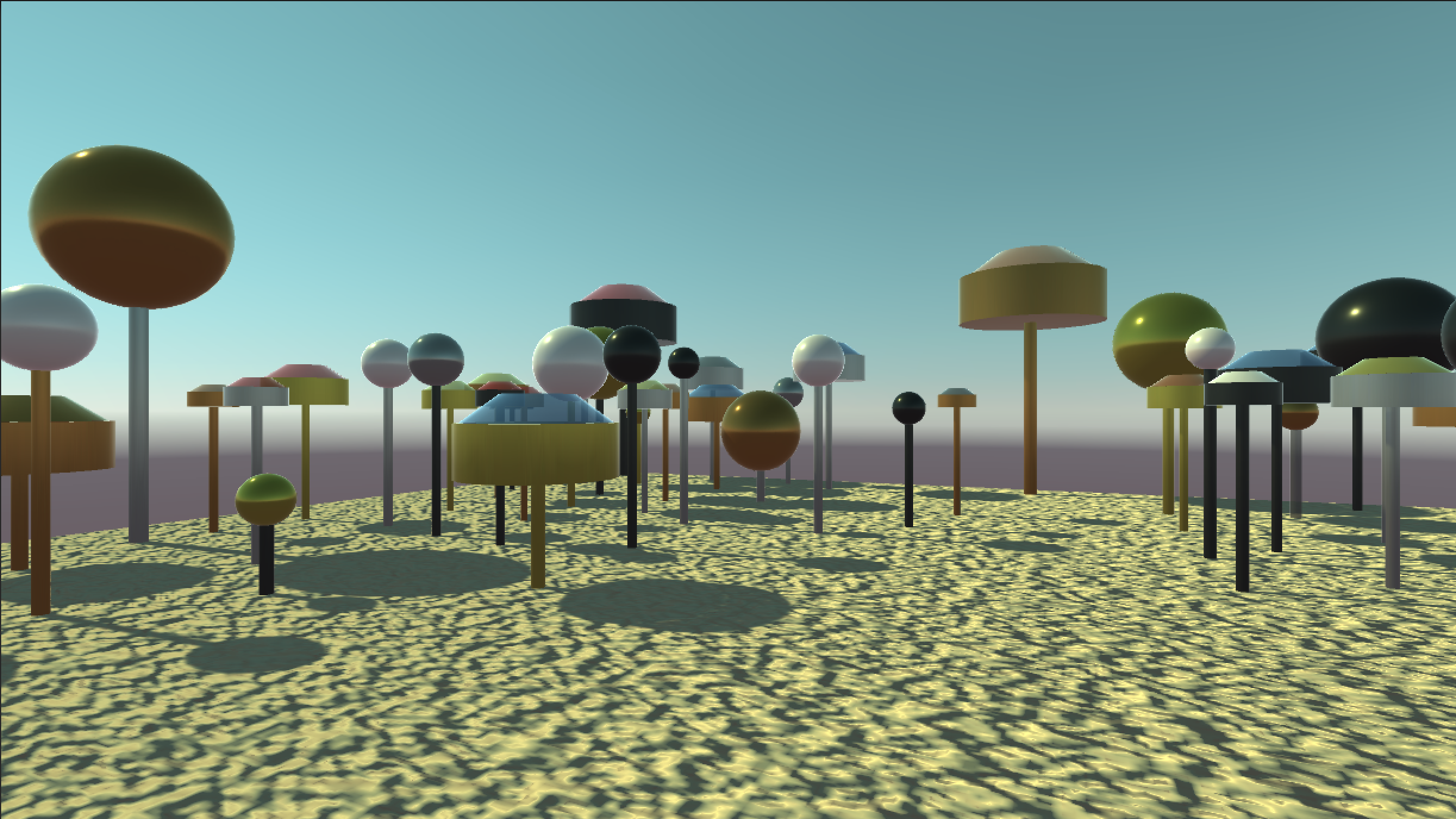 In response to this weeks theme of Found Objects, I created a demo scene in Unity (playable here) that lets the player wander around a forest of earrings sprouting from a cork board ground. Starting with my chosen object, which was a pinboard that I use to store / organise enamel pins and earring studs, I was surprised how even the simplest change (laying the board flat rather than having it up against the wall) helped me to see these objects in a new light, I was taken with the idea that the earrings were sprouting out of the board like plants. I spent a while arranging and re-arranging the earrings on the board, taking them out of their pairs, and spreading them out more randomly. Expanding on this idea, I decided to re-create the earrings as 3D models, and then import them into Unity, so that I could play around with the scale and look of them as I constructed the scene.
I was partially inspired by the artist Andy Goldsworthy, who creates temporary sculptures out of natural materials that he finds while hiking, such as leaves, sticks, stones and snow. I like the way he takes simple objects, and even by just re-arranging them he creates something that’s unusual and visually striking. 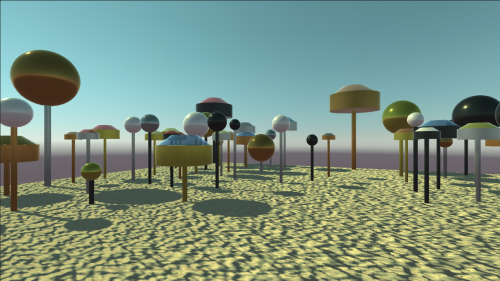 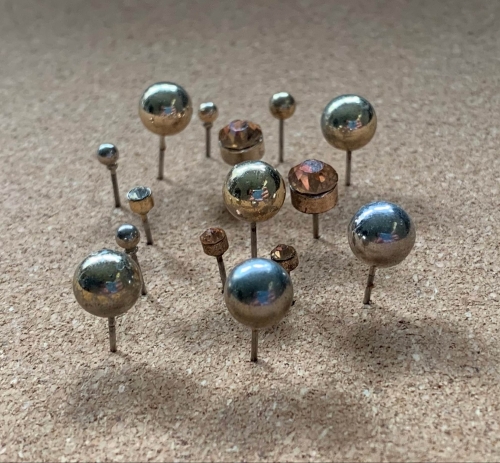 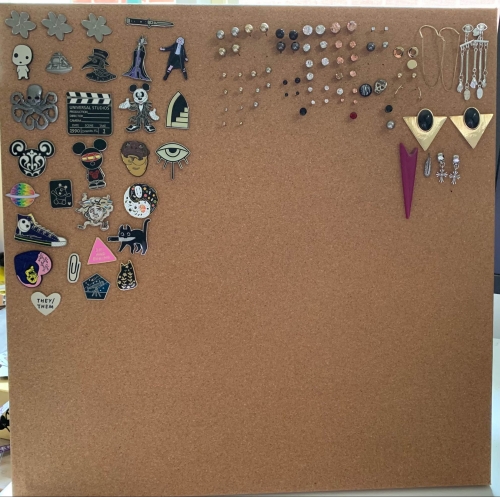 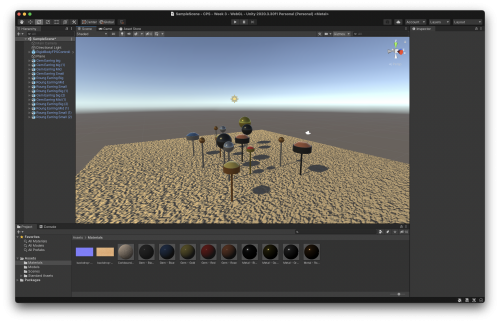