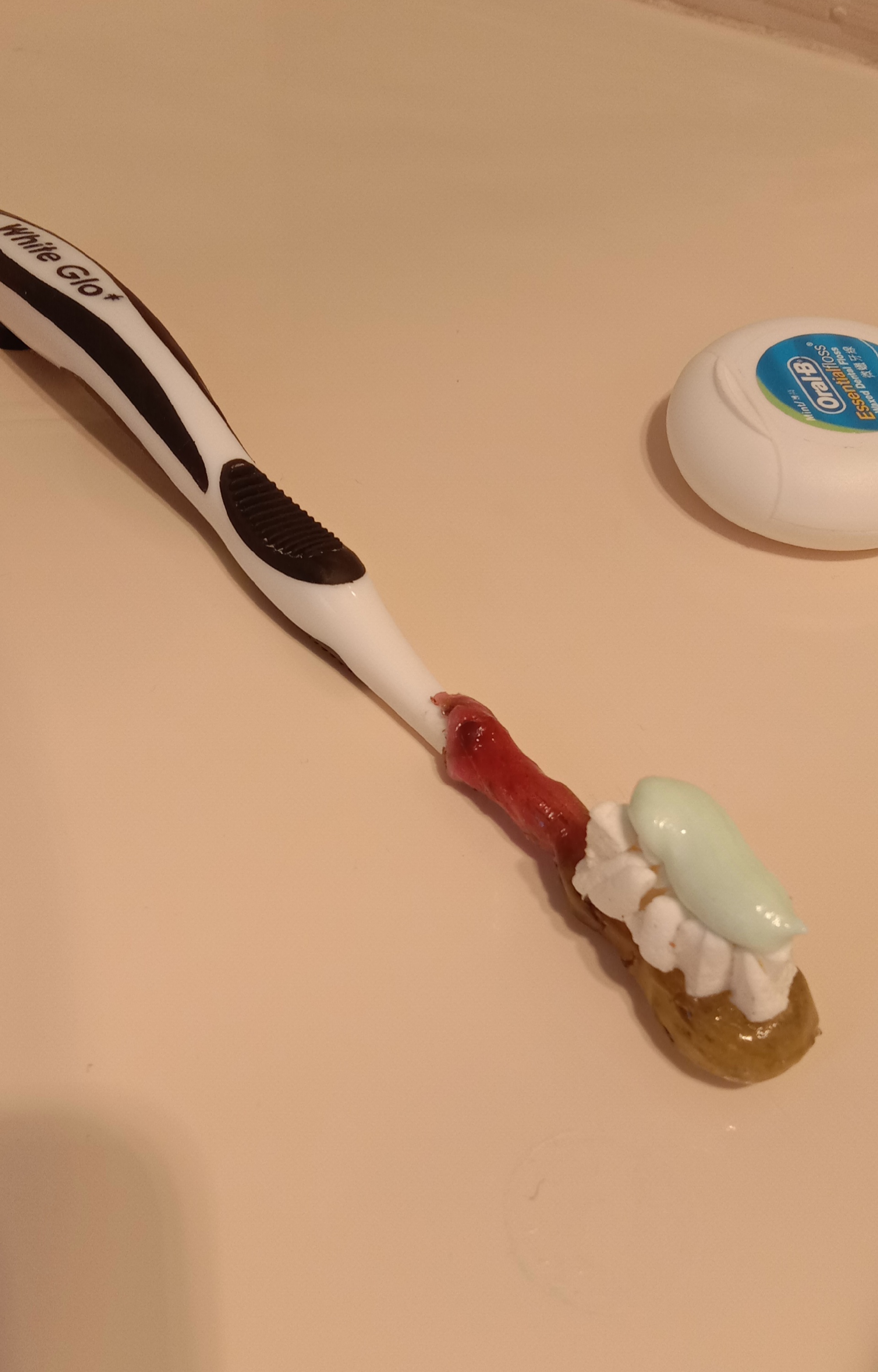 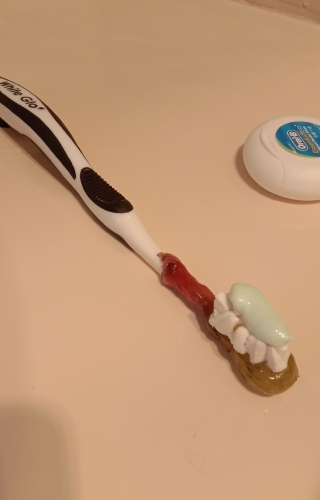 In response to the theme of found objects, I made a 'toothbrush' by using half an old toothbrush, melted boiled lollies and a chopped up marshmallow.

By removing the head of a toothbrush and replacing it with a largely aesthetic version made from sweets, I showed that a new object can be made by merging two juxtiposing materials, (a toothbrush, used for cleaning teeth, with sweets, which can promote tooth decay). It can be an ironic object since it would do the opposite of clean someones teeth, (if it doesn't fall apart when picked up).

Similar work has been produced by artist Ai Wei Wei whose work 'slanted table' (1997, Qing Dynasty table (1644 - 1911) explores this theme through the re-purposing of the Qing dynasty furniture by removing its original utility, (in having the table legs chopped off, so that it slants on an angle). In doing this Ai Wei Wei is also 'stripping away its accumulated layers of associated power and propagandistic context to release, phoenix-like, the “divine proportions” of its form.' (https://www.phillips.com/detail/ai-weiwei/UK010607/506)