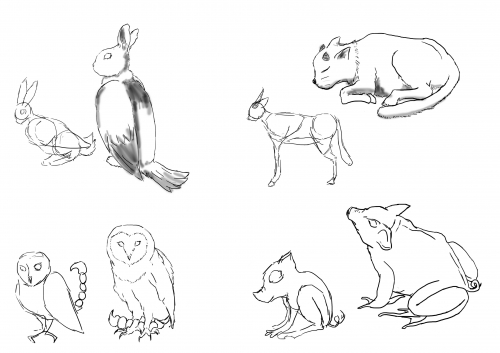 In response to Tinkering's theme, I drew some fantasy creatures in photoshop that actually didn't exist.

In this process, I first open the photo website, search for random animal pictures, and observe their characteristics to combine them into two groups of new animals. As shown in the picture, the searched animals are rabbits and pigeons, kittens and buffaloes, owls and scorpions, and frogs and pigs.

Similar ideas can be seen in the book by Peffer (2005), by observing the characteristics of creatures and combining them to create new fantasy creatures. This method is a common method used by many designers when creating, not only in the field of fantasy creatures, but also in other fields.