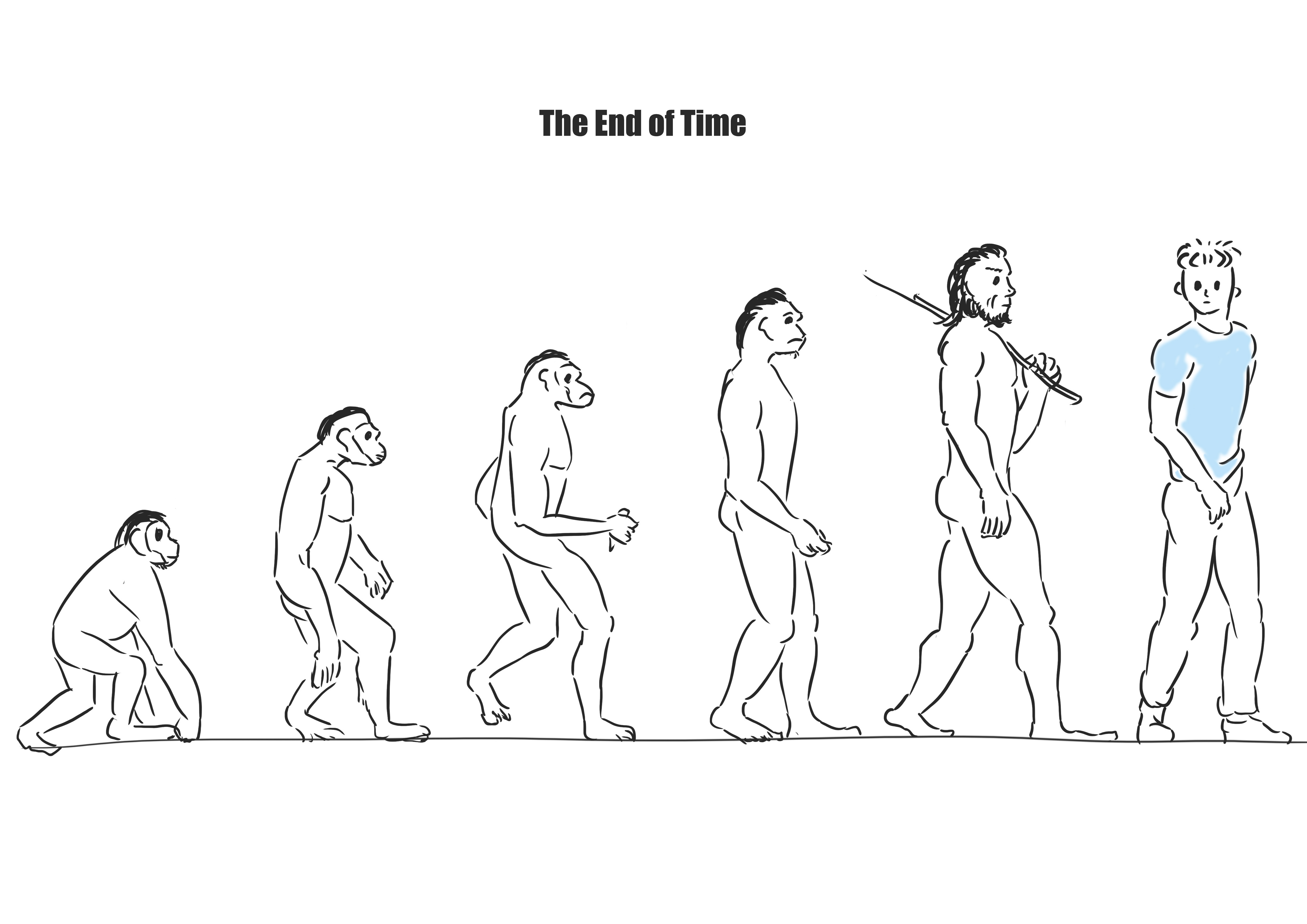 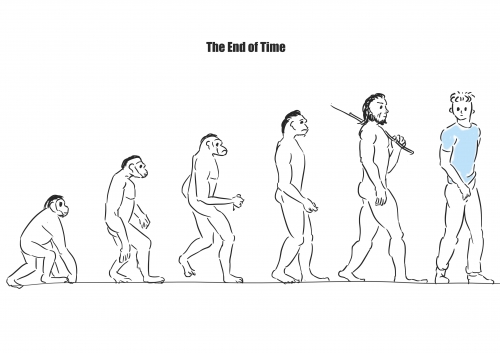 In response to the week’s theme of ‘Time’, I made a short manga story called ‘The end of time’ to describe my own opinion about human evolution.

When knowing that the theme is about time, the Evolution Theory is the first idea I came up with. I watched a lot of movies and videos which talked about time, space, the universe, aliens,s and so on, I am really interested in this kind of topic, so I decided to draw a little manga to support the theory which I really believed - Zoo hypothesis. Time, space, evolution, and so on are controlled by alien civil, the time concept that we familiar with is designed by them. The manga called The end of time, but actually, there is no end of time and evolution in the story, it is just a loop.

A similar idea can be found in the movie ‘Prometheus’ which is one of my favorite movies about this topic. This kind of opinion suggests that myths are stories about an alien with much higher-level civilization that ancient people cannot understand.