In response to the week's theme of time, I made a short 2d animation that showed the role time played in people's lives.

By drawing it in ToonBoom Harmony, I finished this 2d animation. At very beginning, I was going to do an animation which can show a person's  different stages of actions within one day in order to express the passage of time through the behavior of characters based on captured time, when I went further on this concept, I decided to make an animation which can express that a person can make different choice which can lead to different results at the same time, which can lead to a completely different life. In this work, I want to express that a choice made at every turning point in a person's life may change his life, this is the first meaning of this work. The other meaning is about that there may be different people living in a person's body, and this person may be doing completely different things in parallel universe. To be more specific, in this work, there are four status of this character, the first one is the most common one - office worker, which lives a repetitive boring life every day. The second one is a child, when each of us becomes an adult, there is still a child living inside of us. The third one is a dancer, it's like a symbol of dreams. The last one is a superman, which represents that the longing for an imaginary world in people's hearts.

Here is the link of my work:

Similar works are presented in many works, such as Satoshi Kon's work - Ohayo (https://www.youtube.com/watch?v=q4KIZD1cTJI), which uses time delays with great accuracy to show when a person wakes up from half-awake to fully awake, from this work, the audience can easily feel the change of the character's state through the passage of time. And there is also a fabulous work which is on Netflix - The witness (Love, Death & Robots series)(https://www.youtube.com/watch?v=hsTql9JKIVs), this animation present a suspense story, which is about the endless loop of time, combined with human nature and murder. The last inspiration is made by Pablo Munoz- loop my life(https://vimeo.com/49063848), it's a bit similar to Satoshi Kon's work, which combined with sound design and made it more like a creative music video, by dividing some repeated actions and coordinating with sound editing, the actions of the same person in the same space at different times are repeated continuously, which looks like many people repeat one thing at the same time. In my opinion, it's like a kind of fictive time, by putting the actions of different time periods together at the same time, this method is always used in filmmaking in order to emphasize time. 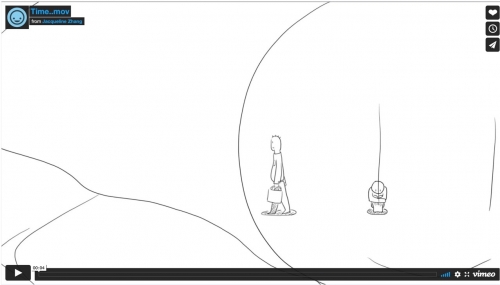 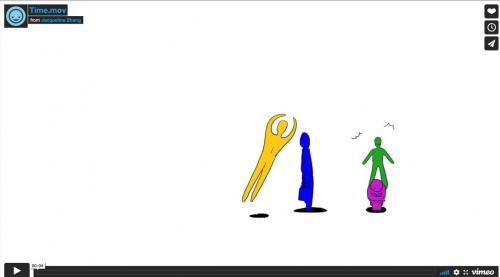 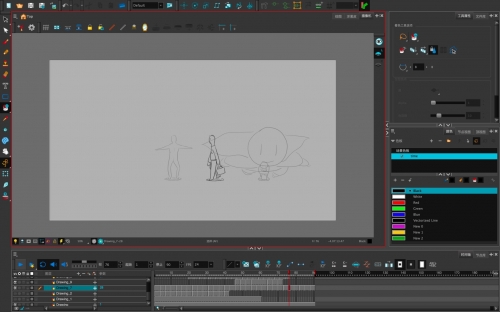