Due to the COVID19, people are staying at home longer and longer. In some cases unable to leave the house for half a month. These activities such as browsing phones, playing games, watching TV, and lying down at home are making people's health worse. Eye disease and cervical spine disease are more serious. When I try to give myself a break from my eyes, I always try to look out the window. But since the windows are full of tall buildings and there is no scenery to enjoy, I often give up this act. Long hours of eye work can lead to eye pain as well as vision loss. I started to think about how to keep people interacting with the window to achieve the effect of relaxing the eyesight as well as the body.

I tried to make character cards out of paper shells that could not transmit light and stuck them to the windows. After that, I used the movement of people's bodies to make the characters look like they were walking on the roof of a building. This method not only makes effective use of space but also allows the windows to play a relaxing role. If the character cards are small, then people do not need to carry out too much physical movement to make the character run on the roof of the building. If you want to get your body moving, then you need to make the role card a little bigger and move your body slightly away from the window so that you can relax your body while relaxing your eyesight and having some fun at the same time.

In response to the theme of Play and Place, I was going to do a project in the community. To place some telescopes in places where kids would like to stay. That way the kids could get a better look at the 'enemy's' position while they were playing. But due to the COVILD-19, we are all sealed in our homes and not allowed to go out. So I had to give up on that idea and I started thinking about how to set the place at the home. How to make people's life at home more interesting.

This kind of game is very similar to digital sports games. People don't need a lot of activity space. They only need to interact with the screen to achieve the purpose of entertainment and sports. 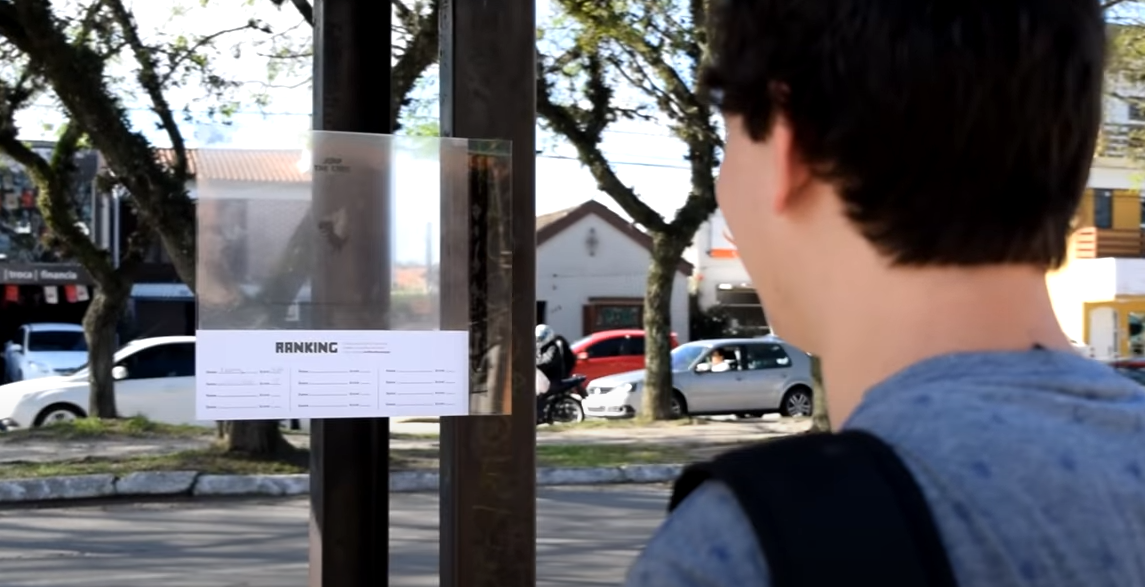 With the growing popularity of interactive video games that combine physical exercise with gameplay, known as “exergames,” there has been a burgeoning interest in their impact on users’ exercise attitudes and behavioral outcomes. Today, the focus is shifting toward improving the game controller. In this view, the way our body interacts with the environment is affecting the way we perceive the environment. This lack of meaningful engagement of our body meant that humans worked, learned, listened to and watched stories, and also played games in static postures. At the time when computer games became the chosen form of play for many children, such a lifestyle not just poses risks of upper body musculoskeletal disorders, but can contribute to obesity. There is a general perception that the current obesity epidemic is directly linked to the number of times children spend playing computer games and similar activities. The National Health Service found that 40% of UKs children are overweight and that they have problems moving backward and/or standing on one leg. So a variety of sports games should be developed.