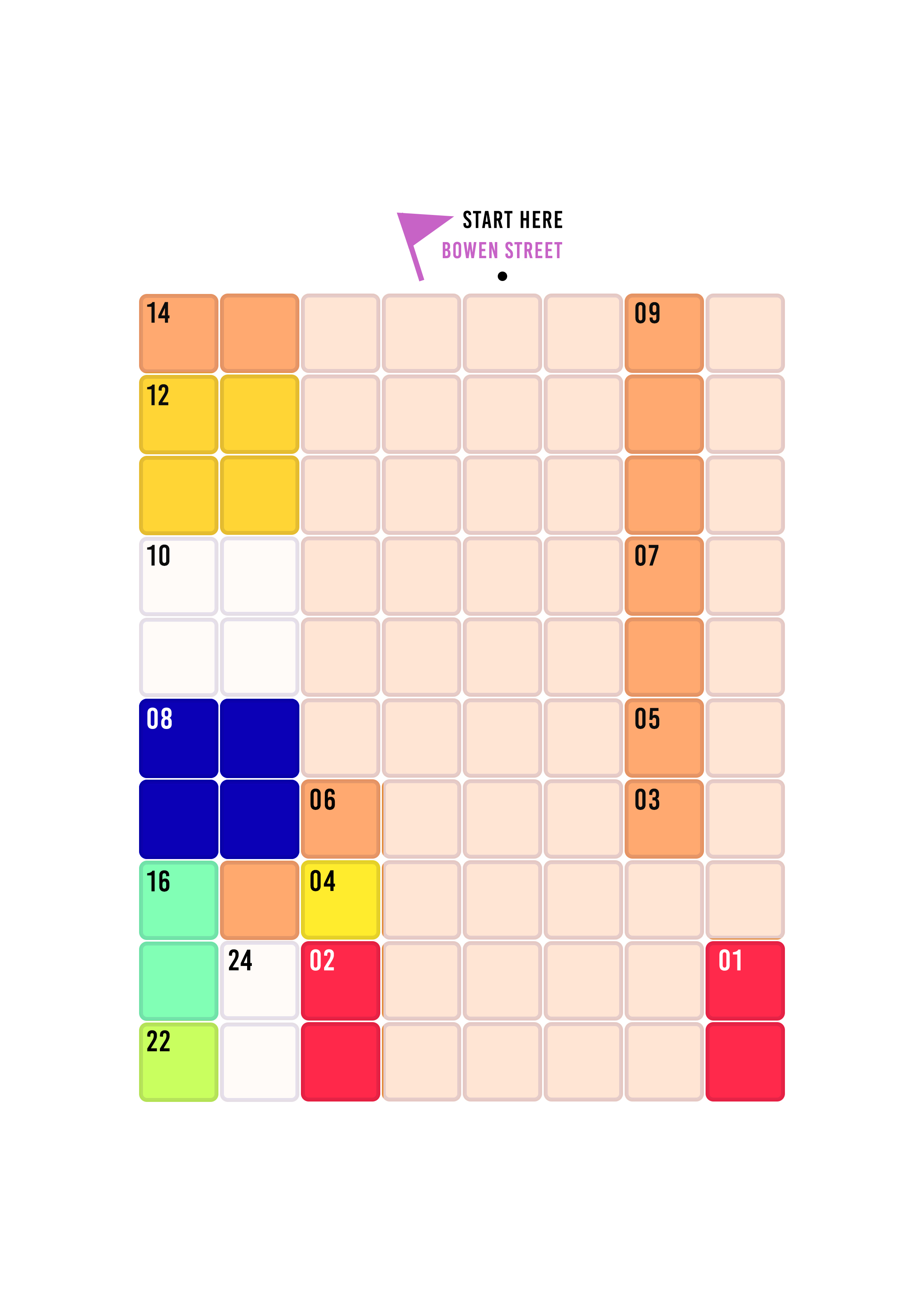 For the topic of week 4, I decided to explore social play.

I really like the idea of randomly exploring the city under a certain set of rules. This will then allow the players to explore the places they normally wouldn't go and wouldn't know of. As we're currently under lockdown, the same method is impossible to be recreated or applied to. Therefore, I thought about recreating the surprise of exploration using board games.

When I was finding reference from existing board games, Monopoly is one of the few games that came across my mind. It's playful, and it is a game where players buy land, build on it, and then earn money from others. It gives value to the land, however, it's not just about money. It is also something to trigger the memory of the player if they have ever been to those places before. Monopoly has a handful of versions, whether it be a real-life location version or a book-based location version (e.g. London version and Harry Potter version), they all provide strong emotional connections to the player. Cluedo is another game that is rooted in my mind. It is a game that allows the players to venture into different places and find out the truth about the murder. Although it's not apparent, the game is also related to the theme of ‘Places'.

In the end, I decided to design a board game that locates at a place that has a strong connection to me. I picked RMIT. It's the university I'm currently studying at. Although I can't go there and study in person, it still gives me a strong feeling of wanting to go back and exploring the campus more. I want to try to recreate the exploration feeling on this board game I created. Also, thanks to my love for Cluedo, I added a clue finding feature to my board game design. Thus, the players have to gather clues from different locations to find out the final place they have to go to. This added extra fun to the exploration.

As this is a board game design, it requires at least two players and one game master to begin the game. I think this fits into the category of social play pretty well.

I first did a screenshot of the map of RMIT. It is the base of my board game. I selected the area of Bowen Street as it was where my Welcome Day held. Plus, as a Magi student, I would like to have the orientation building located in the area I was supposed to be studying at. I then sketched out the map on my notebook, trying to determine how many blocks there should be in a board game. It was kind of difficult as I never developed a board game before. This was all new to me. In the end, the map I created was in the dimension of 10 blocks x 8 blocks. I like to think that the player won't get bored throwing the dice to get moving across a board with only 80 blocks.

Then, I started building on the rule of 'changing direction when encountering a specific object'. The process of developing a set of rules was really unfamiliar to me. I tried my best to think about the board games that I enjoy and want to learn from them. I love the feature of 'getting clues and finding out the truth' from Cluedo, the way people could use chance cards against each other on Monopoly, and the collecting feature in Mario (not a board game). Therefore, I developed my own set of rules like below:

In the end, I went into the long process of creating every asset in Photoshop. There are five printables created. They are very basic. I do hope that there will be a chance in the future that I could work on it more and maybe develop it into a fully working board game.

There are five printables included in this post. There is one extra guidance to help in understanding the game.

To explore 'Play and Place', I experimented with the idea of creating a board game. The process of creating a set of rules for a game is different. It's not like creating linear storytelling for animation, it's more like developing a gameplay flowchart for video games. There were a few takes before I created the final set of rules. The board game actually started off as a game that allows the player to explore the places by throwing the dice. It was just used to recreate the surprise and the fun of the exploration of the RMIT Welcome Day. Then, I thought about adding some competition into the game so that the player would not get bored during the play. Thus, the players get to collect items on their way while trying to beat each other in finding the right orientation building first. The board game I developed needs at least two players and one game master, therefore, I wasn't able to playtest the game at all. Hopefully, there won't be too much bug in the rules. I do hope that the people in the MAGI might be able to help with playtesting and I could further develop the game.

In my game, 'play' could be depicted as power play and fate play. The only thing that the players could control is the direction they are heading to, but even when they are taking their turn walking on the blocks, they might still encounter the obstacle object they chose by throwing the dice at the beginning of the game. Of course, they could do more by dropping obstacle objects on the block to hinder other players' journeys, but it basically leaves the power to the other player as they can't pick a direction for the other player. By adding in the condition for winning, it added in competition. Some players might have fun exploring the places on the map, and some just might have fun in thinking ways to win.

At the beginning of the development stage, I was actually hoping to build an origami version of the buildings. However, I am not capable of doing a complicated hand-crafted object. If I was able to create the origami version of the buildings, the player could then learn more about each individual building RMIT owns. Moreover, it will definitely create a stronger emotional connection to the player by really seeing the miniature building in front of them. I thought about adding in a QR code that will lead the player to some information about the building next to the number on the maps. However, I don't really have that much knowledge about each building. Probably I could team up with someone in the future and add that piece of information into the map.

After reading 'Locating Play and Politics: Real World Games & Activism' written by Mary Flanagan, I really wanted to add more history and cultural connection of Melbourne into this game, but I did not have enough time to venture around Melbourne and experience the culture before the lockdown. Therefore, I could only pick up a few things I experienced during my Welcome Day and my time at the university into the asset list and the block choices. For example, the helpful RUSU and their check-in stamp, and the mascot of RMIT, Rupert the RedBack, and MAGI’s clubs. Maybe in the future, I might be able to experience more about the history aspect of the land and develop this game further. Also, I wish to transfer this game into a real-world game that people could play on Bowen Street, it will be so much more fun! If that's too big of a project, the game could be scaled down to be played in a room, with the tiles on the floor acting as the blocks on the map, the game could be easily recreated anywhere else.

To reflect on my development, I really hope that I have enough people to playtest the game with. Right now, I don't really know if the rules are too much or too little and if the player would feel satisfied with the gameplay. Hopefully, people in the MAGI could provide me with some feedback to work on it in the future! 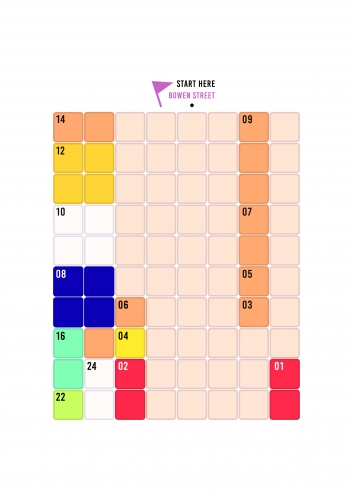 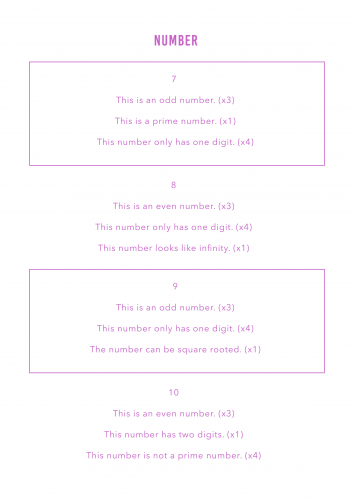