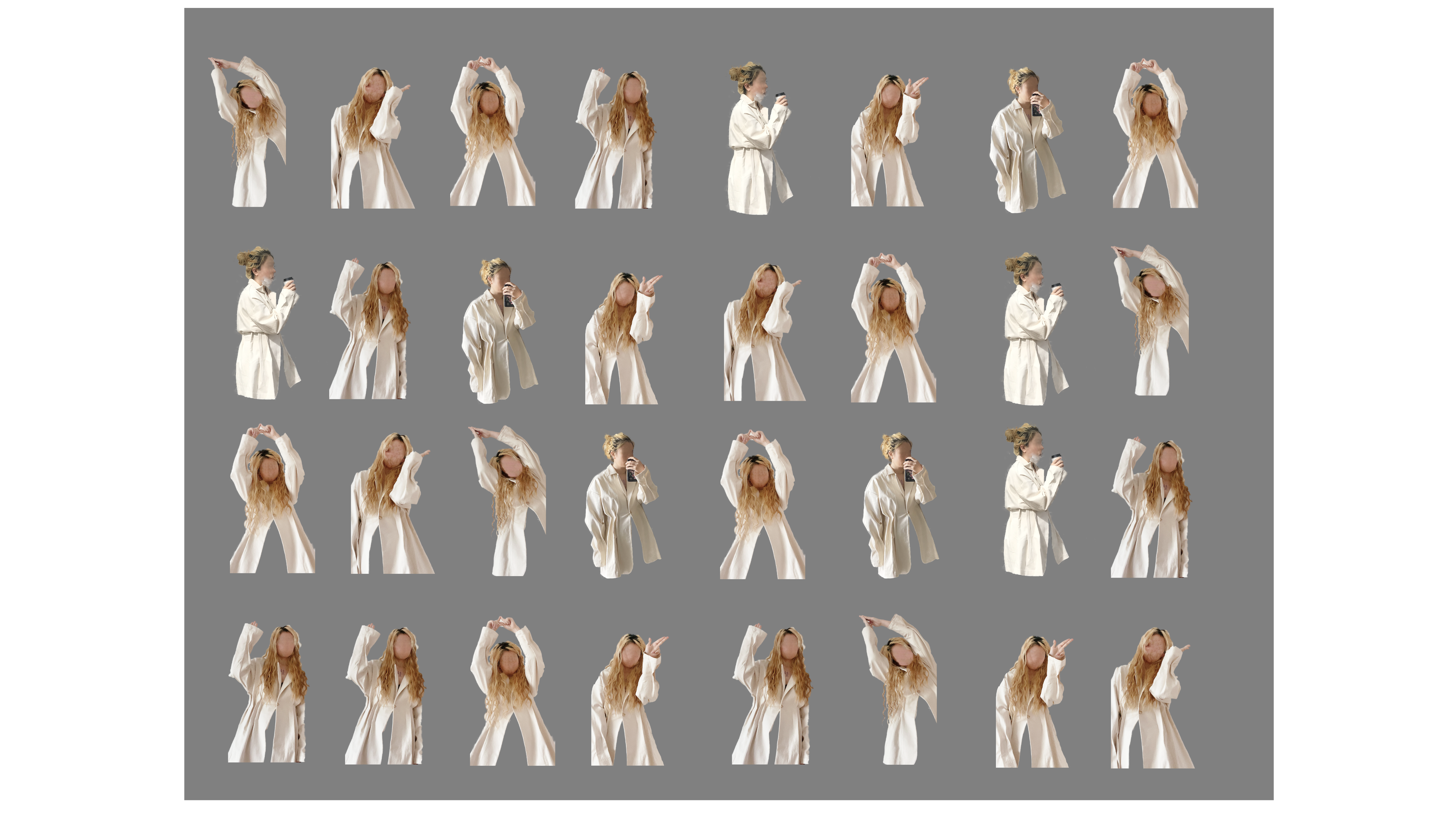 Regarding the theme "play and body", it may be because I have stayed at home recently. I think my inspiration is very exhausted. I revisited the ppt of the last class. I like Nick Margerison's homework very much. He deconstructs people into many parts, which is very interesting. I want to deconstruct my body and make a game like him, even though I don't know how to write code.

My inspiration comes from the two games match it and Anipop. These two classic games are games that will be downloaded again no matter how many times I change my phone. The gameplay is very high. So I want to use this game format to respond to this week's theme.

I found out my recent photos and found that I often wear this white coat. So I decided to use photos of the same clothes as an element of the game. Because in match it, the difficulty is that many icons look very similar at a glance. I needed more elements so I took a few more photos at home. I let myself pose in different poses, but several poses are very similar, which is in line with the requirements of match it. I blur the face because it brings out the body posture and reduces the effect of facial expressions on attention.

I placed them in the AI ​​and make sure they are in pairs. Then, I need to consider the position and order of elimination when placing it.

After I finished placing it, I tried one by myself and it was very successful! And I marked the steps of each step. The interesting thing about the match it game is that the steps are not unique, there are many ways to play, but there are also steps that can cause the game to fail.

In response to this week’s "play and body" theme, I want to make a game. This is the first time I have made a game, even though it uses the framework of a classic game. But because I am a loyal player of match it, I know how to use my own elements to complete a complete game (the elements are in pairs, and the positions must be in the order of elimination).