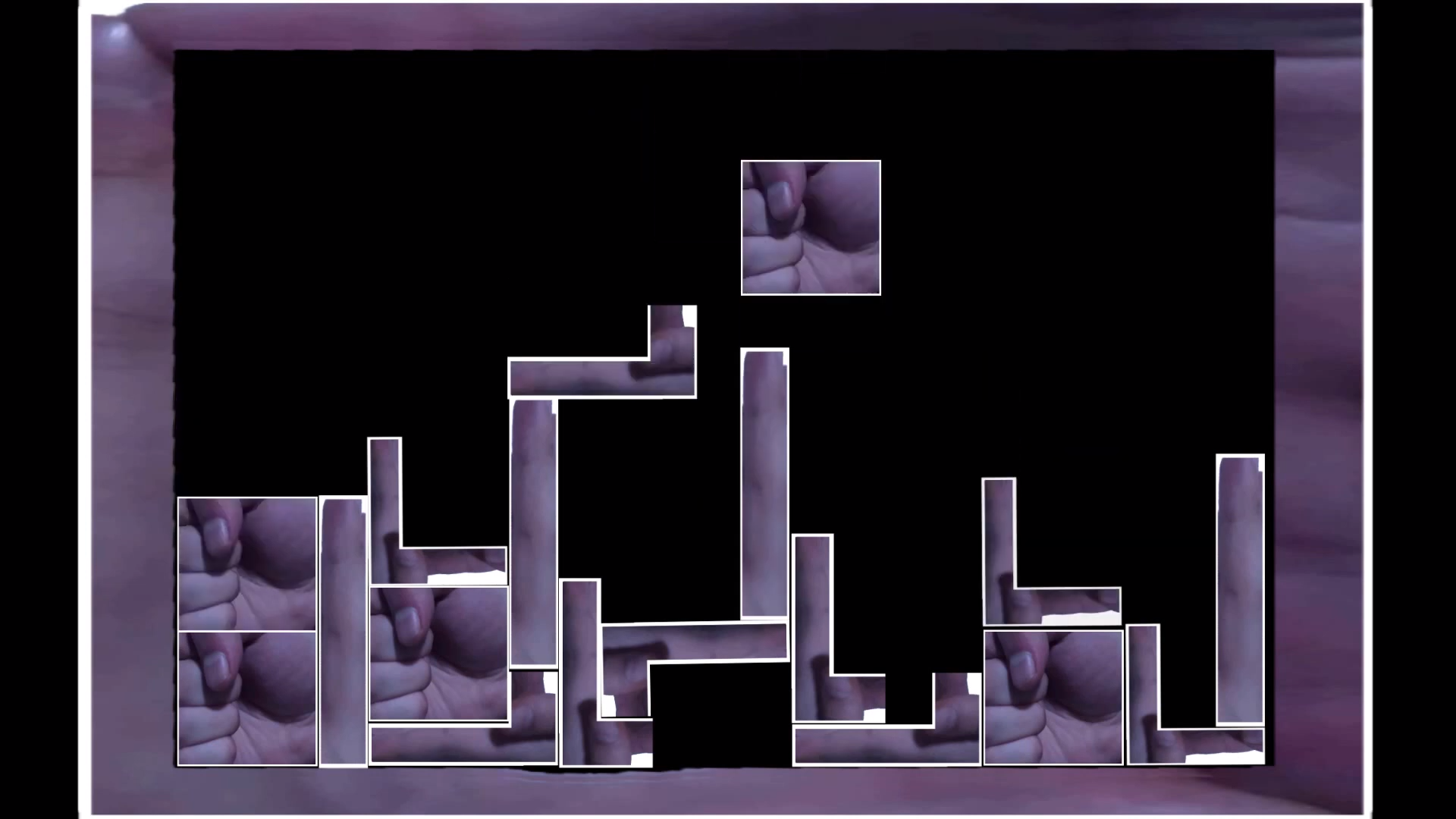 My work this week is heavily inspired by the original Tetris (Alexey Pajitnov, Tetris) and all Tetris games that came after that.

I got a family member to take a bunch of pictures of my hand on the wall. I made different poses and envisioned what Tetris pieces I could make with my hands. I made some extra stuff in case I would change my idea in the future.  I then used Affinity Photo to cut out the parts I wanted from the various photos and then I removed transparency. I made shapes based on some of the excisting pieces in the game that I found from a Tetris Wiki (https://tetris.fandom.com/wiki/Tetromino ) . I made some of these pieces and added my own custom piece too. I gave them all white outlines as I believed it made everything look nicer. I then moved to my Video Editor, Hitfilm Express and set up how the scene would look at the end of the video and worked backwards from there. I did not want smooth animation in this video so while working back I cut up the video slider, slightly moved the Tetris piece cut again and did that countless times until I got the whole video animating. I did not want to stop there, I wanted to push it a little more so I used some of the photos I took previously to make the start of the video which states the name of the concept game and some fingers that I was hoping would look like grass.