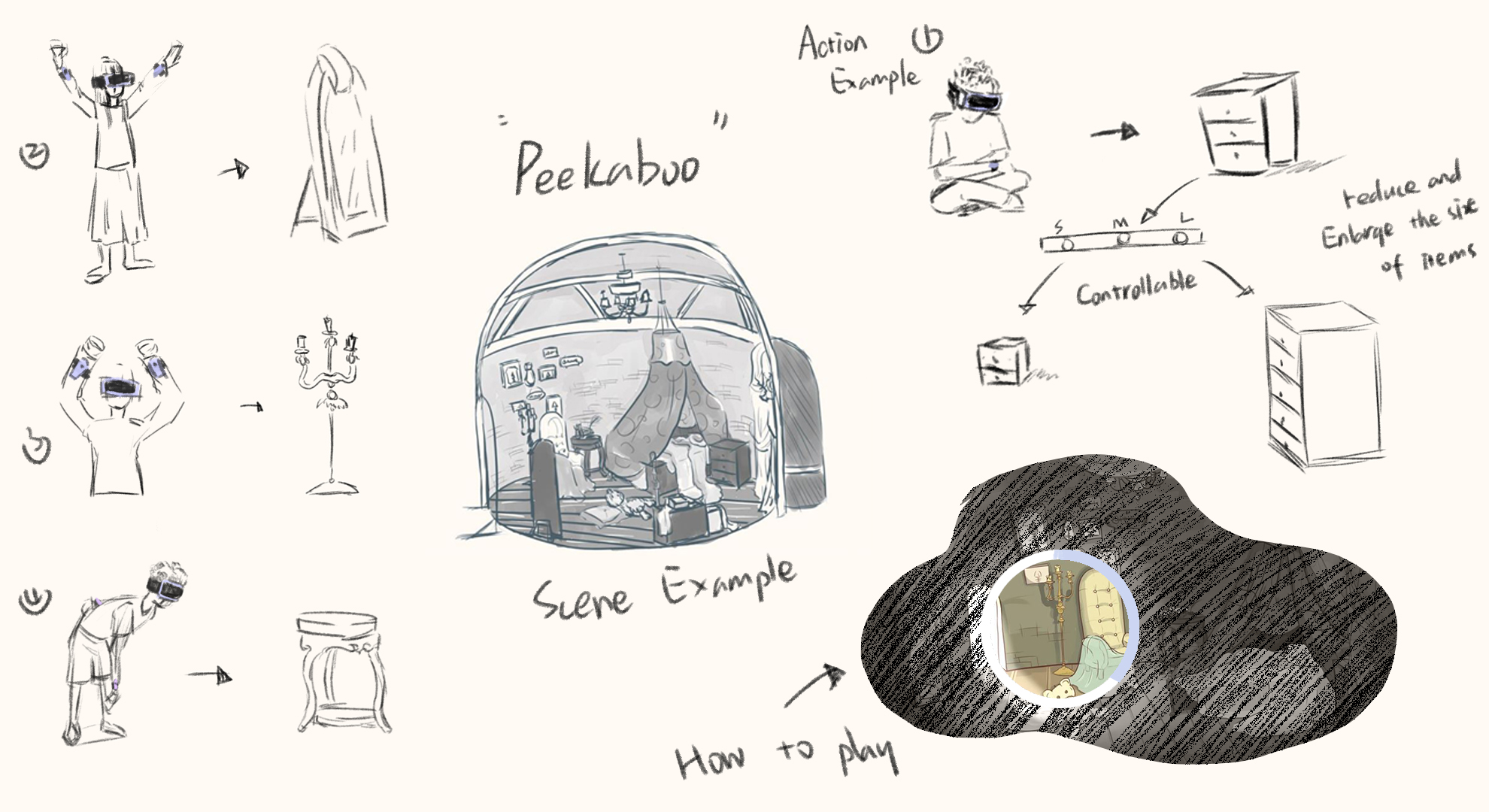 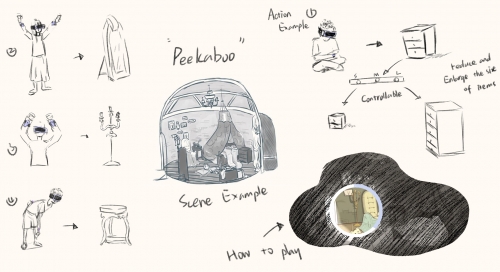 After watching all the projects shared by Matt, Musical Embrace, from Amy Huggard, Anushka 'Chet' De Mel, and Jayden Garner (2012), is most attracted my attention. This project is a two-player interactive game that will take the body as part of the game and satisfies the requirements - away from the desktop and screen. The most important reason is the unique game idea, let the people who used to be a "Social Phobia" ，through this game to eliminate embarrassment, very suitable as a game that promotes friendship. I think it is fascinating to design a game that improves the relationship, while I also want to make a game like this.

I designed it as a VR multiplayer game, similar to the childhood games, hide and seek, but add some new game elements, such as gestures or posture control. In detail, it is to set the scenes with various items. When people put different postures, they will automatically become different objects. One person interacts with different objects to find out where the person is hiding.

I originally planned to use it as my first VR interactive game design, but I underestimated its complexity. Due to the game's initial concept design, it is needed to use a motion-sensing camera to capture the player's movements and then write a series of codes and create a VR model. Although I started to learn how to write code last week, the code complexity of this design exceeded my imagination. It is an impossible task for me to complete it in the allotted one week, so I can only give up regretfully. In the end, I used it as a game concept design project and drew the design drawing as the final product.

Before writing the code, I roughly listed the game concepts/settings:

2. The variable items in each scene are limited, but the size of the items can be controllable by players. To simplify the code, I designed the size of objects into three different sizes.

3. When the player is caught, they will change back to the prototype, and they will also restore the form when the posture changes.

4. Reward distribution for each round: initially, the hiding player will get points. When the hiding player is caught, the reward will be cleared, but they can join the camp looking for other people to get compensation.

During the game design process, I referenced some existing Hide And Seek games, such as the hide and seek game in CSGO, and Witch It, a game on the Steam platform. Although they are the same game type, the difference in this game lies in the interactivity of the body. While playing, people need to consider how to hide well and consider whether they can hold on to the same posture for so long. Moreover, there is no VR peekaboo game yet. I think it might be an interesting attempt to play such a game using VR.

Actually, the process of making this game made me very frustrated. I encountered many problems, which made my work difficult. The consequence of this feedback to my project is that I cannot complete the project. I want to learn how to make VR games through this project first. However, it seems that this is still relatively difficult for me now, and I need to know a lot of new software and knowledge. The problem is that although my goal for the APD course is to learn new knowledge in class, completing the weekly tasks as well as possible on time is also what I want to achieve. Therefore, although my follow-up projects will continue to explore other methods to complete, I must also consider whether I can achieve the goal within a week.