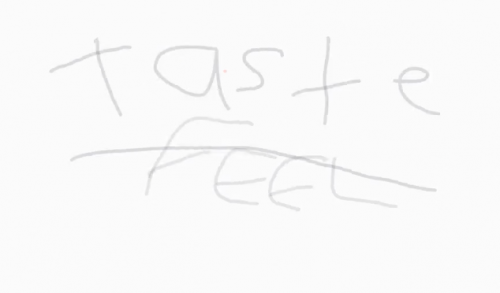 This week for APD I made a 2D animated short film (with no sound) in Blender.

In the readings for this week’s theme- Play and Sound- I watched a few early abstract films including Walther Ruttmann: Lichtspiel Opus I  and Viking Eggeling: Symphonie Diagonal  which were two films that attempted to create “visual music”- visuals that closely matched the music they are played with. This got me thinking about a particular idea I have always had related to my video editing work. For years I used to edit footage, often leaving audio til last, and I often had a strong feeling that I could “hear” each edit as it happened. It wasn’t quite a “sound” in the traditional sense, more like a feeling, an instinct. I decided I wanted to once again try a new type of software for APD, and to see what would happen if I made some visuals that would make the audience actually FEEL a non-existent music. I was also inspired by John Cage’s 4:33, a piece of music which includes only what most people would call “silence” for 4 minutes and 33 seconds.

Putting this together in Blender proved to be fairly similar to making music. I have been a drummer my whole life and have also dabbled in music production. Though at first I felt like it could be quite loose and raw, as in, have one circle appear for 8 key frames and another appear for 23 keyframes, I found the easiest way to build up a sense of visual rhythm was to have everything very exact. Once I set things in place, I was able to copy and paste keyframes (in the correct spot) across 1000 keyframes. Though this process was slightly laborious and involved me getting out a calculator, soon everything was singing.

When I showed this to people, a few of them asked me if there was supposed to be music attached, which was slightly annoying. But once I explained that no, there isn’t, that’s the point, people seemed to start to understand.

I certainly can’t watch this piece without hearing the noise the squiggles make as they expand and contract. And once the text appears the words appear in my head like lyrics. And it’s weird: I swear the lyrics play back in my mind as having been WHISPERED. I wonder if this is because the text I’ve used is sort of unstable in shape, and grey in colour. And the balls expanding and contracting play back as a sort of squelching sound. Surely this is not a universal thing, surely only I associate certain visuals with certain sounds, but it’s certainly interesting to explore.