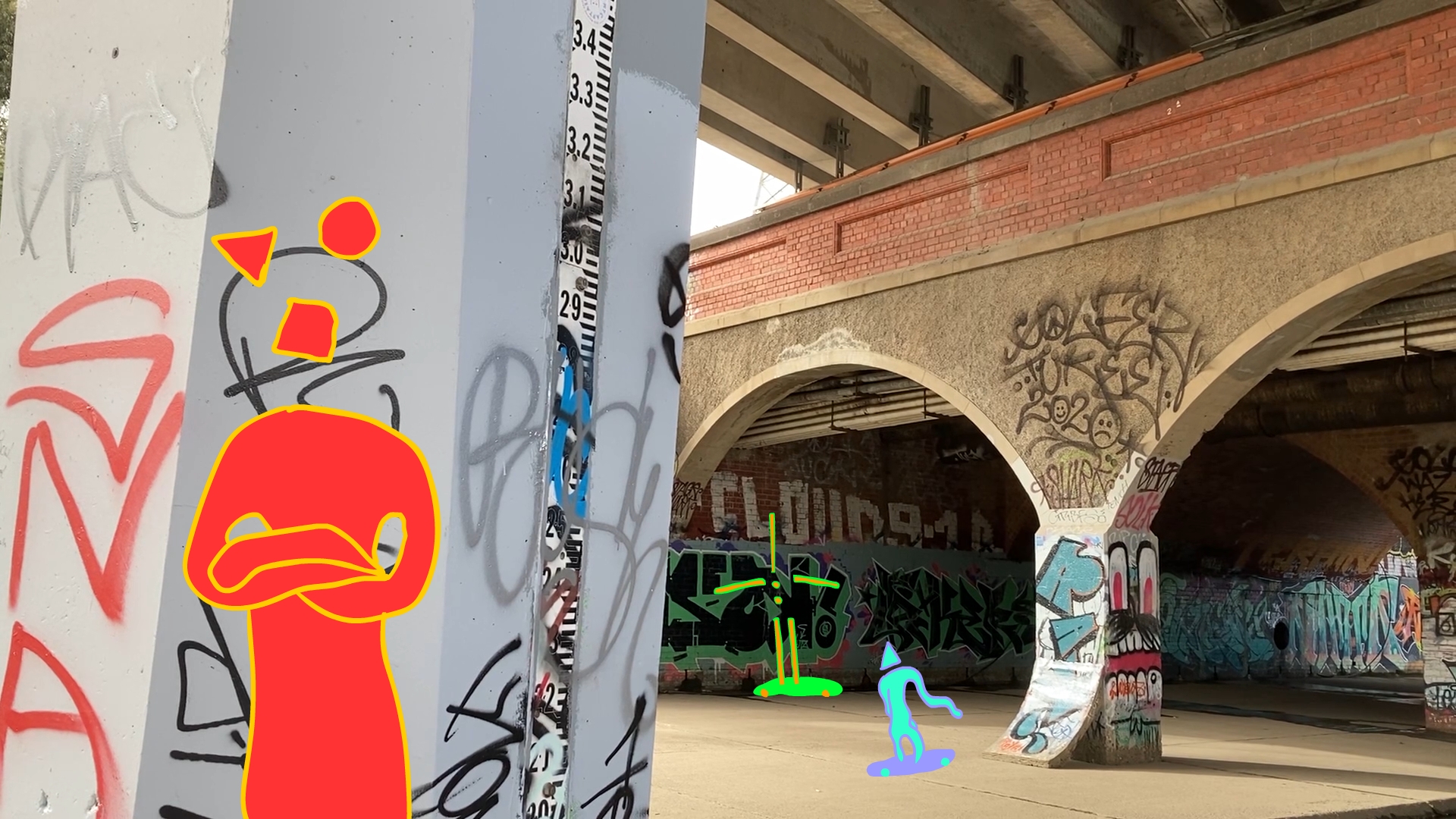 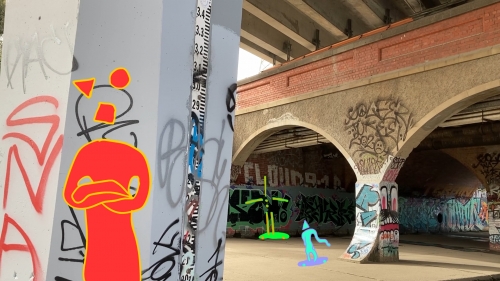 For this week’s project I went in a few different directions. Initially I planned to create my own Google Street View system where users of a program can select a point on a map and hear that location, rather than see it as they traditionally could.

This approach was not novel enough, so I continued considering alternative approaches.

On the Sunday before this week’s class I landed on an approach that would focus on recontextualising places and environments into opportunities for skateboarding. Inspired by my work in Studio 1, as well as level design in the Tony Hawk video game series, I wanted to explore how mundane objects and features in my nearby environment could be twisted or recontextualised for skateboarding.

The initial phase of this project was to capture video recordings out in my local area. I tried to focus on unusual places or features, such as water bodies and the tops of bridges.

From here I imported my footage into Adobe Animate and drew uniquely shaped skaters interacting with these environments in physics-defying ways. I wanted it to be as fun and playful as possible.

Finally, I consolidated all of these animated sequences into one short video, adding sound effects and music to situate them in their places.

The final product is a short but fun exploration of new possibilities for interaction with environments through skateboarding. It creatively engages with specific locations and capitalises on their features to great effect.

This work came to suffer with mounting deadlines and a late discovery of my direction. I am satisfied with how it turned out, and I think it succeeds in my original goal, but I definitely would have liked to have incorporated more scenes and explored these environments in weirder and more amusing ways.

I think this project also taught me to relax with my thinking and follow what I’m passionate about. At first I was hesitant to work on something related to skateboarding, as I am already doing so in my other two classes, but once I allowed myself to make that change and embrace it I found the work almost produced itself.

This also showed me that I don’t have to produce interactive games for every weekly task. My projects from weeks 2 and 3 became burdensome and much more difficult that first thought. In the future I will try to think more laterally and less within the confines of playable video games.

The process of recording the footage for these animations was the most playful component to me. Finding interesting areas and hidden features and imagining all the interesting ways these physics-defying creatures could skate on them was very fun, and lead to a process of play through production working towards an end goal.

Skateboarding in my Sink with Dry-Erase Markers: