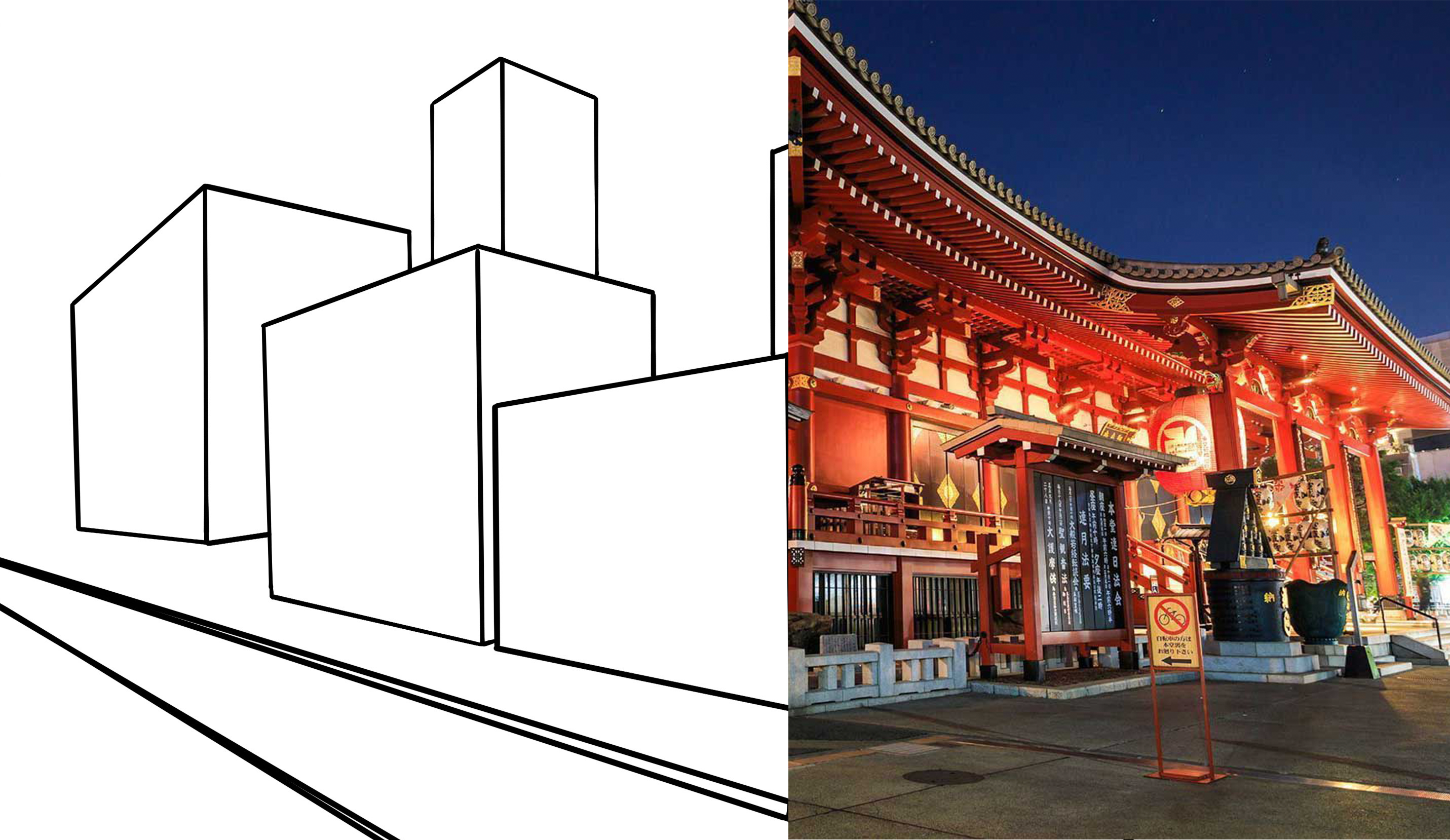 This is the submission for APD Week 4. Play and Place. 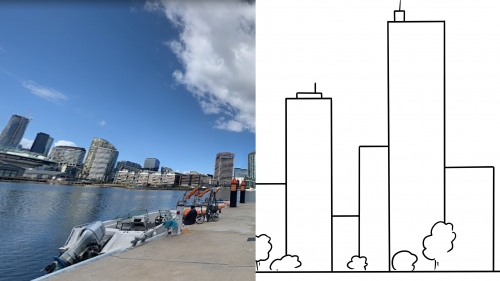 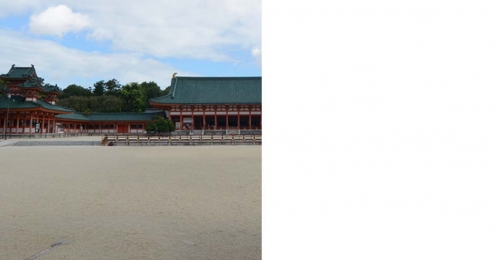 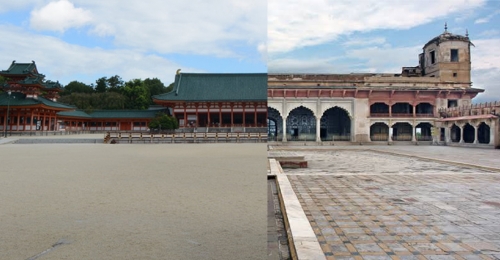 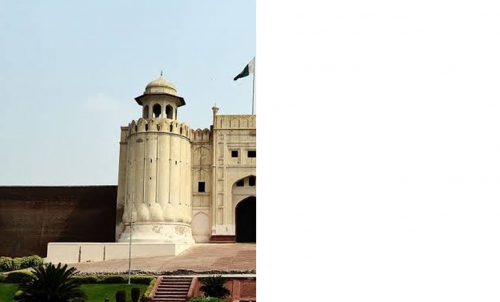 For this week’s theme, I collaborated with Oneeb Nauman in order to address the topic of Play and Place. We worked very closely together on this exploration, and even co-wrote this reflection together. By working together, we were able to explore the concept in a fair bit of depth.

For the week’s theme, we wanted to explore the idea of “nostalgia” or “a love for a familiar place”. These are two things that stuck out the most to both of us while we were attending the week’s lecture, as those are two things that both of us associate very strongly with “place”. We wanted to explore a playful way to express that love of a familiar place, ideally in the form of a loosely structured game which people could use to connect with others.

Priyankar initially brought up the act of lining photographs from movies and animations up alongside the scenery of their real-world counterparts – something tourists do when they go to visit places from their favourite movies/animations. Examples of this can be seen in things such as people lining up a picture of Joaqin Phoenix jumping down the famous steps in New York in his movie “The Joker” with those same steps in the real world when people actually go to visit them. From there, we looked into other ways that people could explore this. It was then that Oneeb came across an old Jigsaw puzzle in his house, which is an example of Ludic Play. According to Frederickson and Cline (2009) Ludic Play is when children use their imagination to create fantasy and amusement games with rules which comprise structured activities usually governed by negotiated rules. That was when we had the idea to go forward with this approach of a jigsaw puzzle, something along the lines of a collage of photos of places.

This made us look towards Paidia Play. Paidia is play that involves player driven structure and exploration. (Jenson, 2013). Maybe a combination of Ludic and Paidia concepts would help this response, as it would likely take the form of a game. Although Frasca (2003) described paidia as almost indivisible principle, common to diversion, turbulence, free improvisation, carefree gaiety and uncontrolled fantasy,

First off, we started with the idea of a jigsaw puzzle, but with images of places rather than actual puzzle pieces. In order to situate these better, we decided to create a few different stencils of line art to help “fit” the photos together. The idea was to fill up the stencil with photos of places from different geographical locations (ideally where the players of this game are based) to create one scene (based on the stencil) with elements from multiple places. We tried it using some stencils, and even did a piece without a stencil, to try out a less directed method of making these photos. We used photos from our photo libraries of Melbourne and India/Pakistan, and also tried out some other combinations of cities.

Although we were initially thinking of going with the jigsaw puzzle approach, after trying it out we realised that it looked too visually chaotic and decided to stick to making combined photos using two “halves” of sceneries instead.

“I visited many places

Some of them quite

Exotic and far away

But I always returned to myself”

The reason this quote resonates with us is because we believe that place, or locations add a lot to a person’s character and individuality. When thinking about “returning to oneself”, a big part of it is linked to a place that is significant to them. Being born in one place, then going on to study and work in different places culminates into a mix of different characteristics that are inspired due to different locations. This was evident in our multiple tries of this game (or exercise), as we sent each other pictures back and forth. We got to see different places we have been to or are a part of our history.

Some responses include pictures of Priyankar’s school, the city Oneeb grew up in, and locations we have travelled to.

Through this exercise, we have developed an activity that can be undertaken by people who are in geographically different locations from one another (or even those who are in the same area). This exercise is meant to help people deepen their understanding of each other, and as a way for them to appreciate each other’s cultures. Drawing parallels between different scenery/ architecture from different places is meant to drive home the fact that ultimately, despite our differences, we are all humans living on the same earth. It’s also meant to help people form friendships, as considering the online nature of most communication nowadays, this could be a fun activity people could use to bond.

Although the results of the exercise themselves aren’t that playful, the process of making them is. It involves a fair bit of both constructive and imaginative play – constructive because you are actively working towards a goal (create a full picture using multiple different components/photos), and imaginative because you’re trying to find ways to integrate those components together to create a cohesive photograph. The theory of Loose Parts can also be considered to be at play, if one considers the images to be loose parts, then the whole exercise becomes one of arranging these loose parts to form a more cohesive photograph.

Overall, this was a great creative sprint for both of us, and we got to experiment and play quite a bit in the whole creative process to create something that we believe could be valuable.