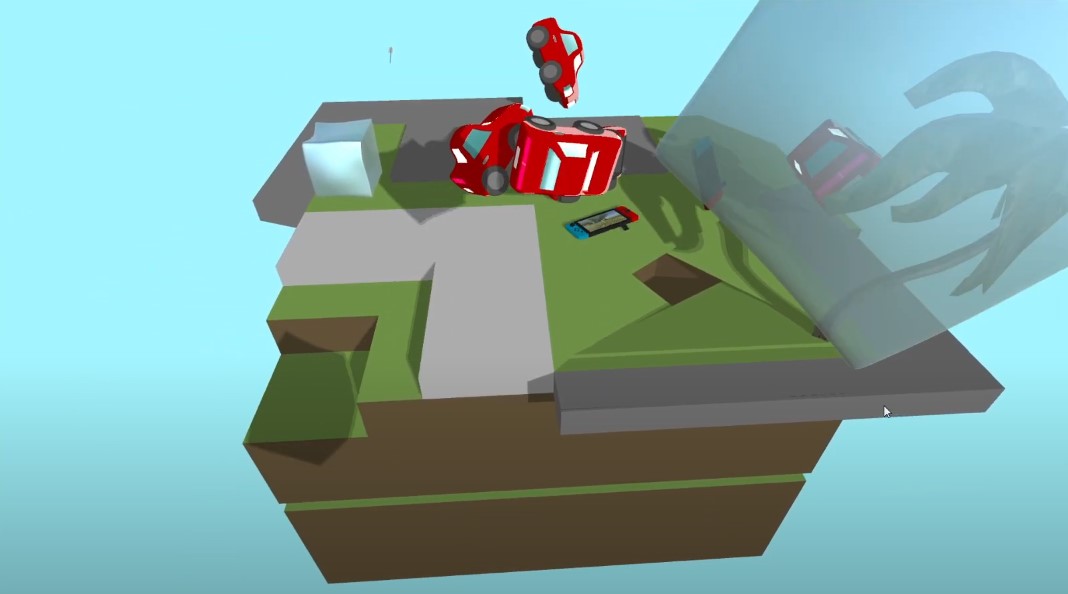 I have recently been experimenting with photogrammetry and thought that this week’s theme of Play and Objects would be a perfect place to employ such technology.

My initial idea was to photoscan found objects outside and import those scans into an interactive scene where the player can use them as toys. Each object would act differently to what would be expected, for instance a stick might stand up and produce radio tuning sounds as if it were an antenna.

I first ventured outside in search of interesting objects that would also serve as good objects to photoscan. Unfortunately, interesting, and scannable objects were few and far between and the scans I did manage to obtain were either too big to parse or too complex to produce a decent result.

I shifted tactics with little time to space and created an interactive experience where players can produce a random object at a random point in space. These objects are mundane – a car, a cardboard box, a pair of sunglasses – but each has had its material properties and scale altered to produce fun and interesting results. The player can also rotate the ground that these objects land on and collide with, ultimately leading to player-led chaos.

My final interactive product is genuinely fun to play around with. Control is almost entirely stripped from the player, and the fun comes from witnessing the various objects collide and interact with one another. There is no end state or goal, the piece is simply about the fun of chaos.

Like last week this project ended up being much more difficult to complete than originally expected. The end product is fun, and definitely playful, but fails to incorporate real-world objects in the way I intended. My interpretations of real-world objects are satisfactory, and I am particularly proud of my Nintendo Switch model, although none of them match up to the real thing.

Going forward I would like to move away from these interactive works and try some more physical projects – objects that are tangible, similar to parts of my work in week 1.