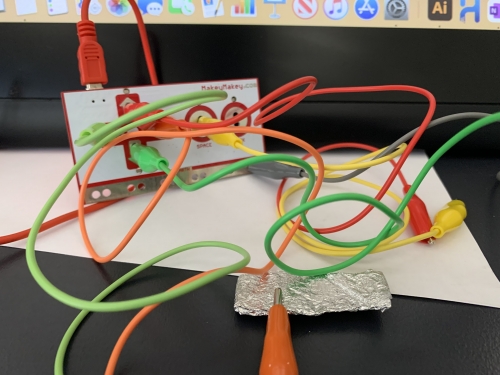 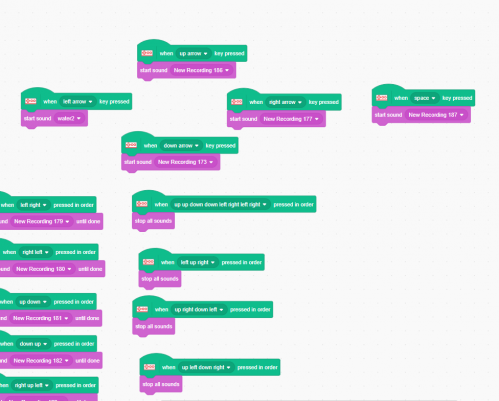 This week is about Play and Object. I could not have a clear idea of what project or concept play with. I always believe an object is something touchable and physically exist. Therefore, It is hard for me to play with objects laterally at first. So, I went for a walk and studied the mind map that was generated during the lecture again. Then I discovered some useful words for creation – existence, material, physical, mental and interaction.

I tried to think outside the box by exploring objects regarding their physical form. It is hoped to generate something that is experimental and interactive, to introduce a different understanding and interpretation of Object.

Through exploring the concept and testing, I have developed a few ideas on interactive play, musical instruments, or musical boxes. To introduce the concept through interactive play can let the audience experience their conceptual view on objects in person, in which they can engage their thoughts and respond to different objects. We define objects by sight, little do we focus on our senses of hearing and touching. Therefore, by using sound instruments, we might be able to create a new experience on defining objects.

Related work has been done by

Rachael Thompson in his APD works in week 8, “MAGI Door”.

This week I have tried to produce a prototype on an interactive play by using Makey Makey and Scratch. At first, I remapped the Makey Makey buttons to the most suitable settings for my project. Then I have tested it with different conductive objects as the keyboard to produce different default sound effects. I recorded the collision sound of different objects. I also made a box that contain several pathways made of aluminium foil. Then the box is connected to the Makey Makey device and ready to be tested. The box is empty inside as no object will be put inside. Players will be able to feel the existence of objects through senses of hearing and touching with their creativity and experience.

When I first come up with the idea of playing with sounds of different objects, I have tried to play different weird sounds in the studio without telling my classmates first. My classmate will try to search for the source of the sound and get confused. It is interesting to develop the test further by experimenting with other people’s sense of objects. When we define objects, we might be looking for their material, size, and other physical properties. If we can only rely on our sense of hearing, can we be able to identify and know the object?

To respond to the concept, I have decided to make an interactive device where players can only hear different objects. The prototype is made of an empty box in which no objects is being placed. When they insert their hands into the box, they trigger different sounds corresponding to a different spot in the box. The method is inspired by Emilie Breslavetz, Aline Martinez Santos and Silkai Li through their work “Musical Steps” (2019). They have created a playful outdoor game with music. By composing Makey Makey and dance steps settings on the floor, they allow the player to explore their own sense of music and creativity. Their method has also helped me to present my work with paper boxes and aluminium foils.

As inspired by this week mind map, I have decided to use the collide sound of objects made by different materials. I have used plastic, metal, string, and human hand. It is interesting to hear the combination of the sound without seeing the real object. Instead of picturing an object with shape and size directly, I come up with some scenarios in my mind at first, like walking in a forest, people playing piano in a concert etc. My sense of hearing helps to recall my memories according to the different sounds of materials. Even though the object is invisible, I could recall some related memories.

It is unexpected that the combination of sounds creates harmony. I believed that the number of aluminium foils could be reduced to make each sound stands out more. Inspired by the work “ Musical Playground”(2018) which is created by Matthew Deline, Alex Fletch, Ben Tandy and Billy Karnchanapee, I would like to expand the idea through a bigger setting of interactive experience. Their works are multi-dimensional and playful. By creating an interactive playground with music, they can engage in the creativity of players and the possibility of their projects. If possible, sensors could be placed on the ground randomly, and each can trigger a specific sound effect. People will be walking in a room full of different sound effects without touching and seeing specific objects. They could have an experience with the sense of hearing and imagine those objects with their creativity.