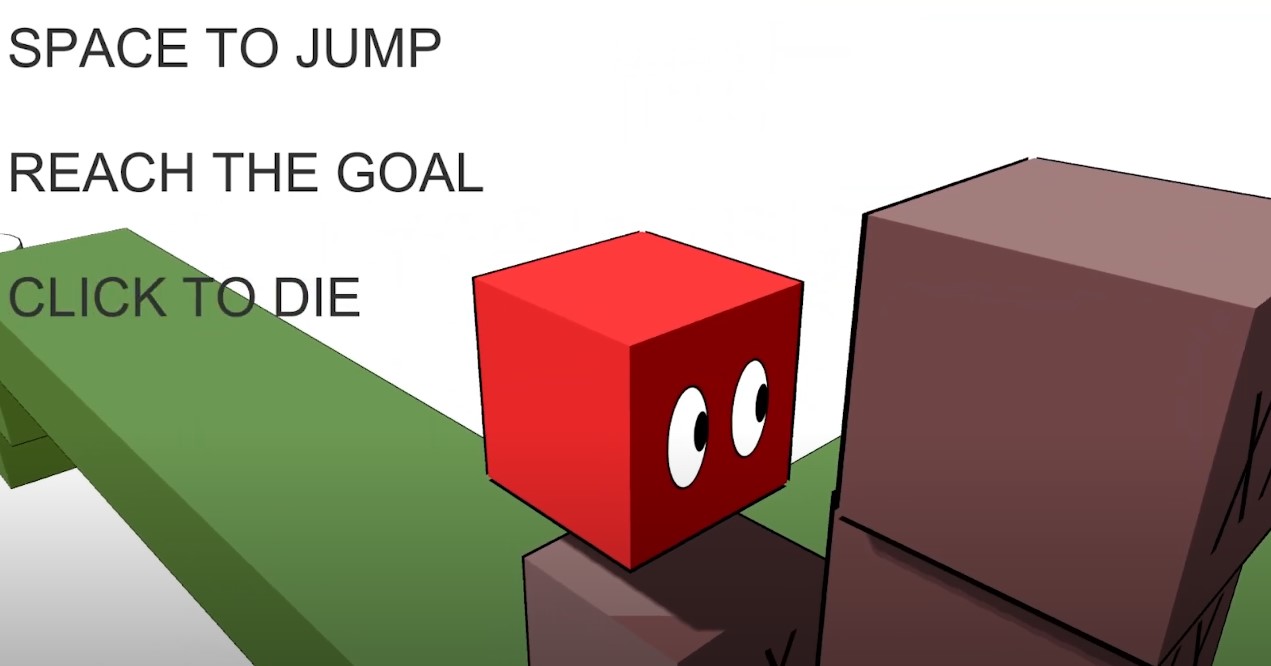 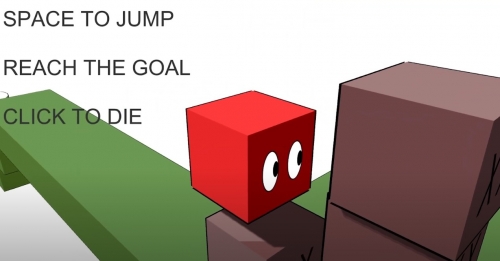 For this week’s theme of Play and Time I wanted to create a puzzle video game that takes advantage of loops, exploring generational progression through the life and death of the player character. The general idea was that the player would kill themselves and use their past bodies as stepping stones to reach a goal.

Plenty of video games have employed time in similar ways, with Braid allowing the player to shift back and forth in time to complete puzzles and progress.

I began this process with a rough sketch of my general concept and began to mock up a simple system.

I immediately ran into roadblocks surrounding player controls and camera control. These issues persisted throughout production and were compounded by various physics issues and programming the death and respawn system.

I did manage to overcome these issues, however they took much more time than expected.

Shaped in its final state is a playable game that forces players to use their past selves, or previous generations, to reach a goal. Players have to think strategically and plan for the future and place themselves in positions that will best serve the next generation.

I accomplished everything I set out to this week, aside from having a bank of different shapes for the player to take control of. Settling for this, however, is only a minor disappointment to me, as I am extremely proud of the puzzle system that I produced. I think it has the potential to be built out into a larger experience, similar to bridge constructer video games or other puzzle experiences.

I feel I am better equipped now to plan my projects, having encountered these roadblocks. I know not to underestimate the difficulties of coding, not to overestimate my own ability, and not to be overly ambitious with my scope.

The video game Snipperclips served as aesthetic inspiration for my game:  https://www.youtube.com/watch?v=ysJindVKx4s