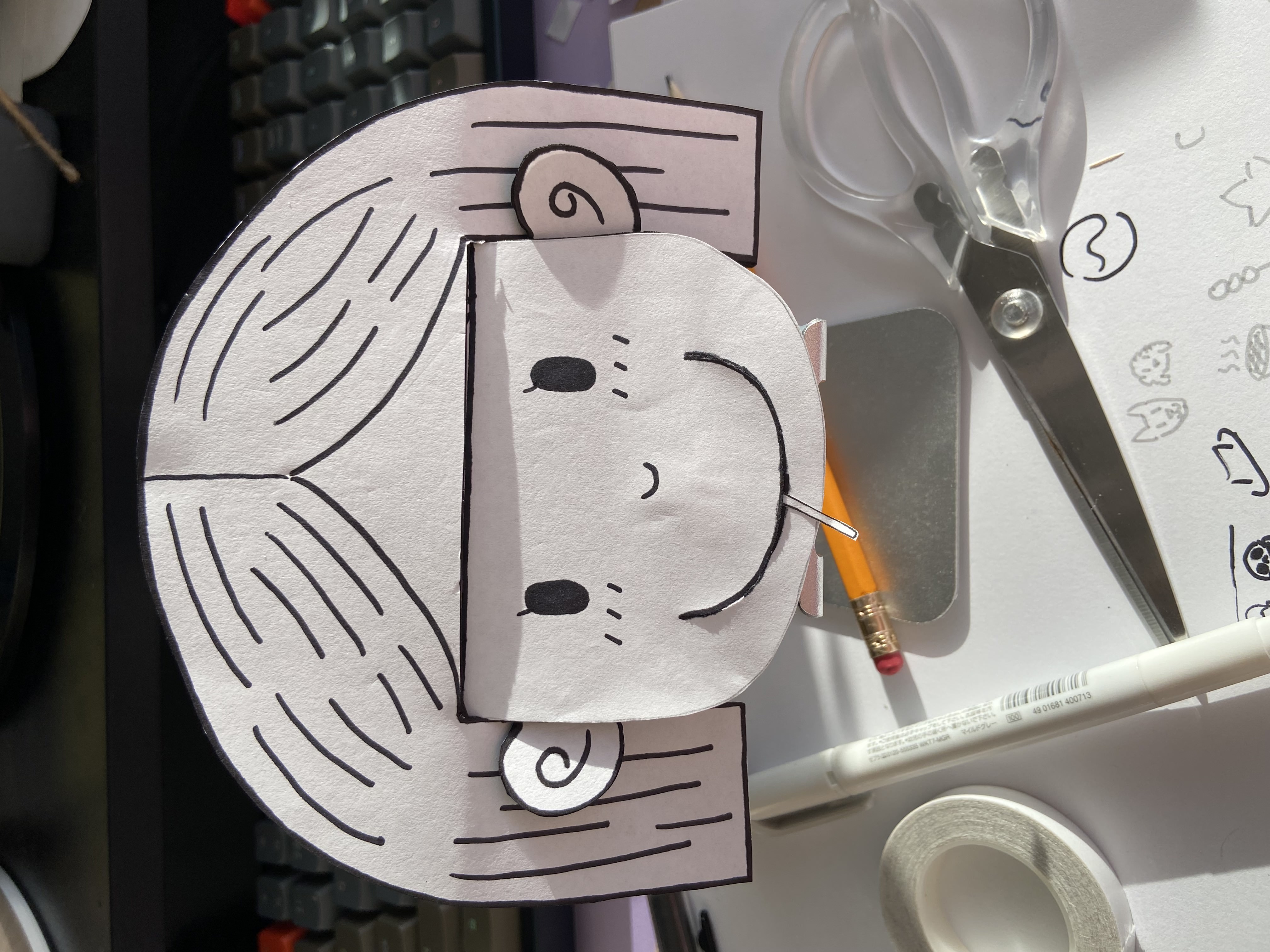 Theme: Play and Self

While Matt was showing the video of previous students’ responses on the theme Play and Self, one of them really caught my eyes (Riley, 2021). It’s the one where the student did lots of sketches and put them in a big jar with a face on it to represent the thoughts in his/her head. I think it’s an amazing way to visualize an abstract concept, so I was inspired to try making a physical representation of ‘me’ as well.

I’ve always loved origami and crafting, or just anything that’s handmade. It’s a different experience where you can build and construct while feeling the texture of all kinds of material at hand. So, I decided to make a small, physically interactive piece of myself, which is my head.

The form of my object is similar to a kid’s interactive book, you can pull or push the tabs to interact with stuff or create a short animation loop, etc. For my object, the readers will interact with it to know a bit more about me. In order to make it work, I chose to use papers, foam sheets, popsicle sticks and tapes from the limited materials at home.

By making this interactive toy, it gives the readers the freedom to manipulate parts and discover. As for me, it’s a new experiment with lots of trials and errors which I fully enjoyed. In my opinion, both sides are experiencing this process in a fun and playful way.

To begin with, I did a quick sketch of how I imagined the object would look like. After I’m done with that and decided which parts to make interactive, I started making the first paper prototype. I roughly drew the shapes, cut them out and put them together on the table to see what it would look like. The most interesting part is the brain where I cut two lines and slid in a strip of paper that both ends are taped together, so that the reader can roll the paper and read through it. I had this vision before starting the project so I was quite happy with the result.

Then, I made a second paper prototype with refined measurements, parts and mechanism. I also replaced the tongue with a lollipop so that it added another personal trait and made more sense as an interactive object.

With the right measurements, I started making the actual object by repeating the same steps as before. I cut out all the shapes and sticked them on the foam sheet so I could have a firm base which allowed me to move stuff around easier.

It took me quite some time to cut papers, but I spent most of the time on working out the mechanism. Since I have five interactions, I really had to think about how to fit all the tabs behind one piece. I did some changes to the lollipop to save some space at the back by folding the shape in half and stick it directly onto the back of the face piece. In this way, it didn’t need an extra piece of paper to hold it since it can be tucked in inside the mouth.

This is the final product. I used a marker to emphasize the lines and drawings to ‘flatten out’ the object to give it a more cartoony, 2D feel. Another change is that I decided to wrap the paper stripe fully around the brain instead of sliding it in the holes, because it saved more space for drawing and rolling became easier and smoother.

Overall, I’m satisfied with this project because this is my first time making an interactive toy/board and it was successful. All the movements are smooth and steady and it’s a big change from the two prototypes. Although I think the scope is reasonable, I could definitely add more interaction to the eyes and the nose, and play with different tools and papers to make it more interesting. I could also clean up the back a bit because it looks messy with all the tapes and paper.

The theme Play and Self and the actual making has inspired me to observe and understand myself better, to see things in a new perspective. I hope this project can also inspire other people to view themselves in a different way and practice more on handcraft and physical art in general. 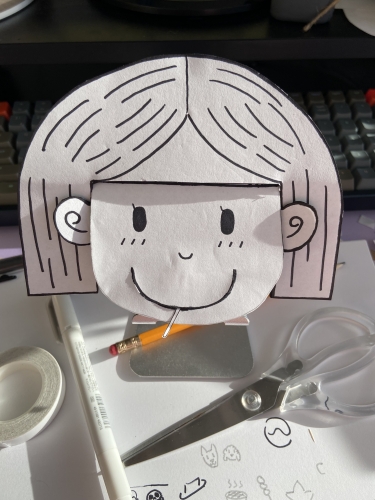 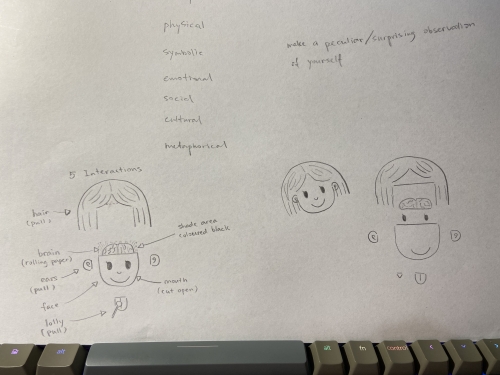 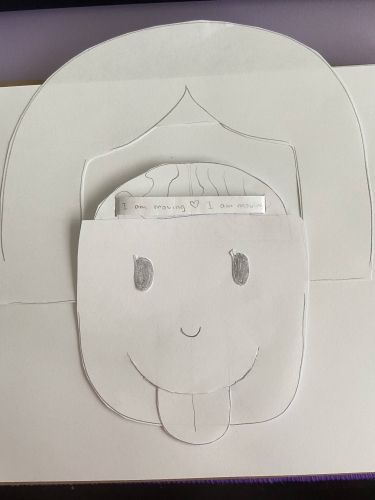 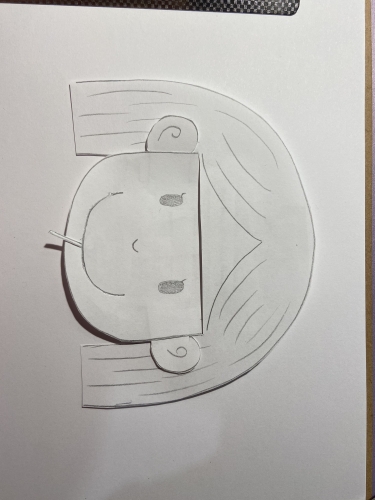 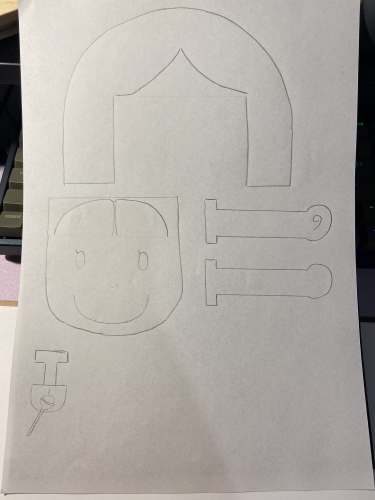 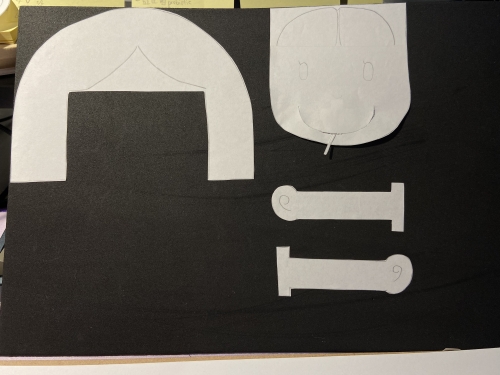 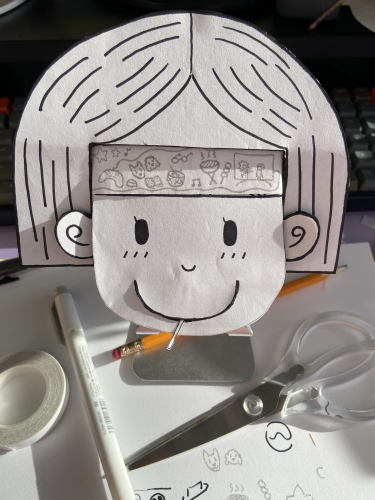 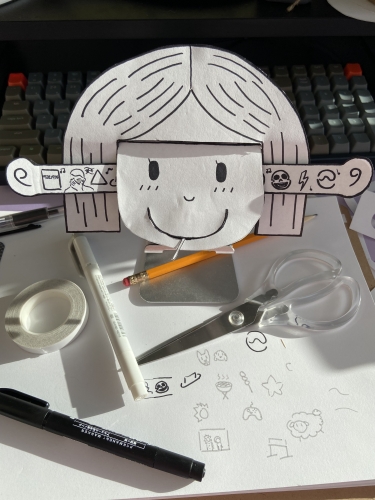 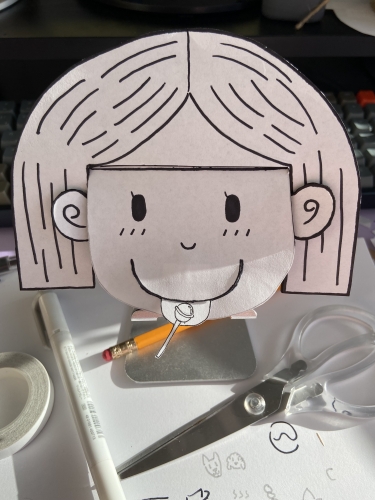 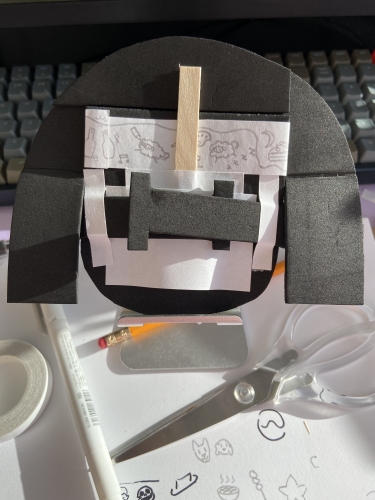