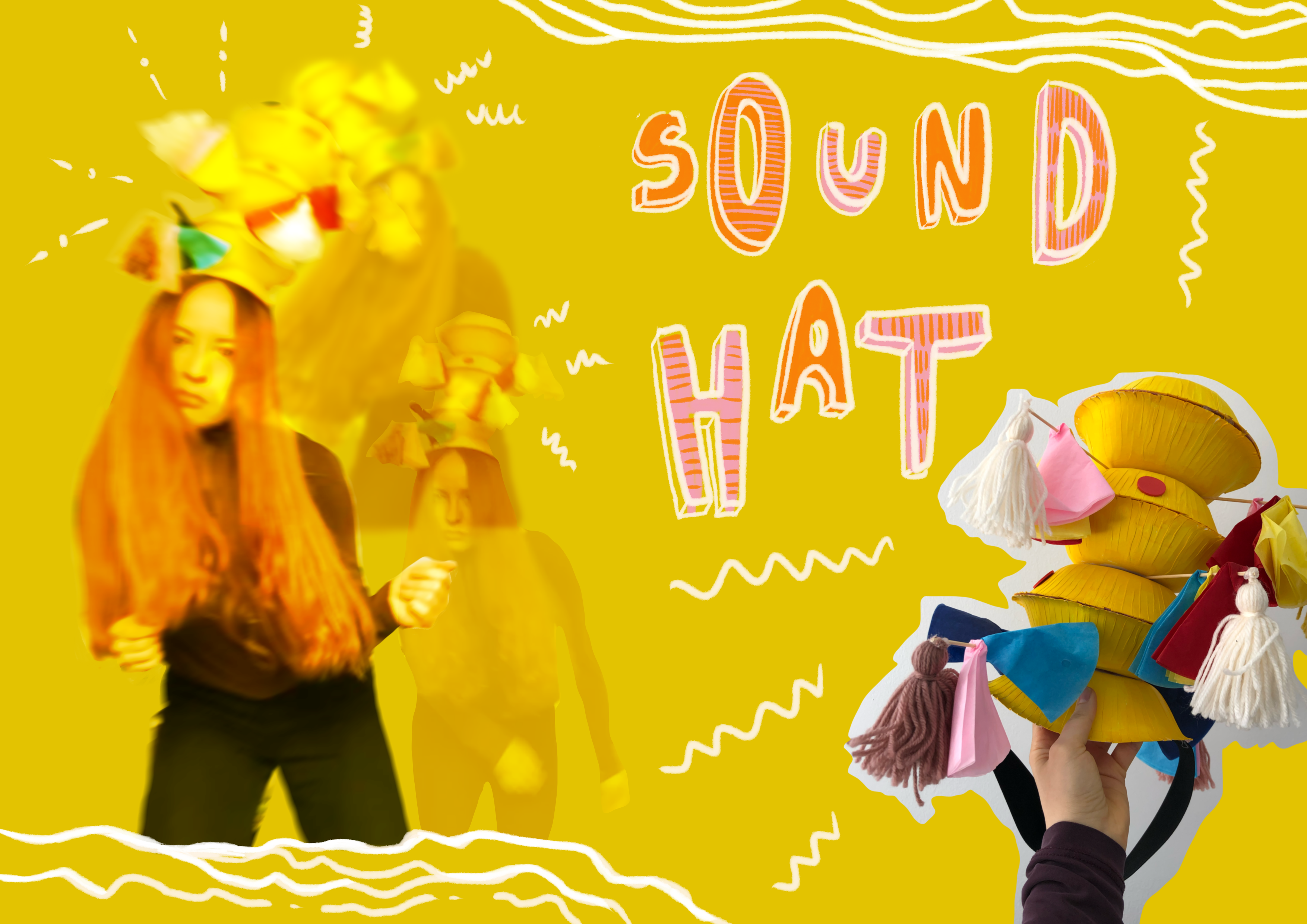 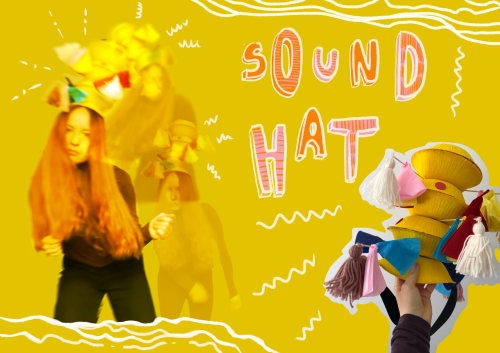 For this week I created a sound hat. The hat is fixed on the head and allows the user to make sounds by shaking a head. Depending on the type of movement, the sound also changes, it can be sharp and loud or quiet and monotonous. User can make sound and dance at the same time or they can hold other tools in their hands, because the hat frees the hands and it is controlled only by head.

For the creation of the main form of the hat, I used paper plates and breakfast cereal (rice puffs and oats). I put cereal inside one plate and glued another plate on top of it to make a closed form. I experimented with the quantity of cereals to understand how it influences the sound. Eventually, there are three such closed forms, which I stuck together.

Later, I decided to decorate a hat to make it look eye-catching and bright. I colored the form with yellow acrylic paint and added sticks with colorful details on the sides. I think those decorations add dynamic and motion to the hat because when you shake your head they move.

This idea was born because of the APD lecture and the discussion of the Dutch “play’ scholar Huizinga, who linked games and music through their shared connection with the verb “to play”.

“The word ‘play’ means both ‘to play a game’ and ‘to play a musical instrument’ across different languages.

The English word’ play’ derives from the Anglo-Saxon verb ‘plega’ which means to play or to make music.”

I was inspired by percussion music instruments, which make sounds when it is hit, shaken or scraped. Percussion instruments keep the rhythm, make special sounds and add excitement and color.

“The sound hat” is a response, which explores the play in the context of creating music through dance and body experience. This is a musical instrument that represents a type of game, which is not only connected with the sound concept but also with embodied interactions.

From the article “The role of physicality in the tangible and embodied interaction: by Eve Honecker: Through this engaged interaction, meaning is created, discovered and shared. Our bodies and active bodily experiences inevitably shape how we perceive, feel and think. “The sound hat” can also be seen as a musical instrument, which searches for other ways to play with the body in order to create a sound.