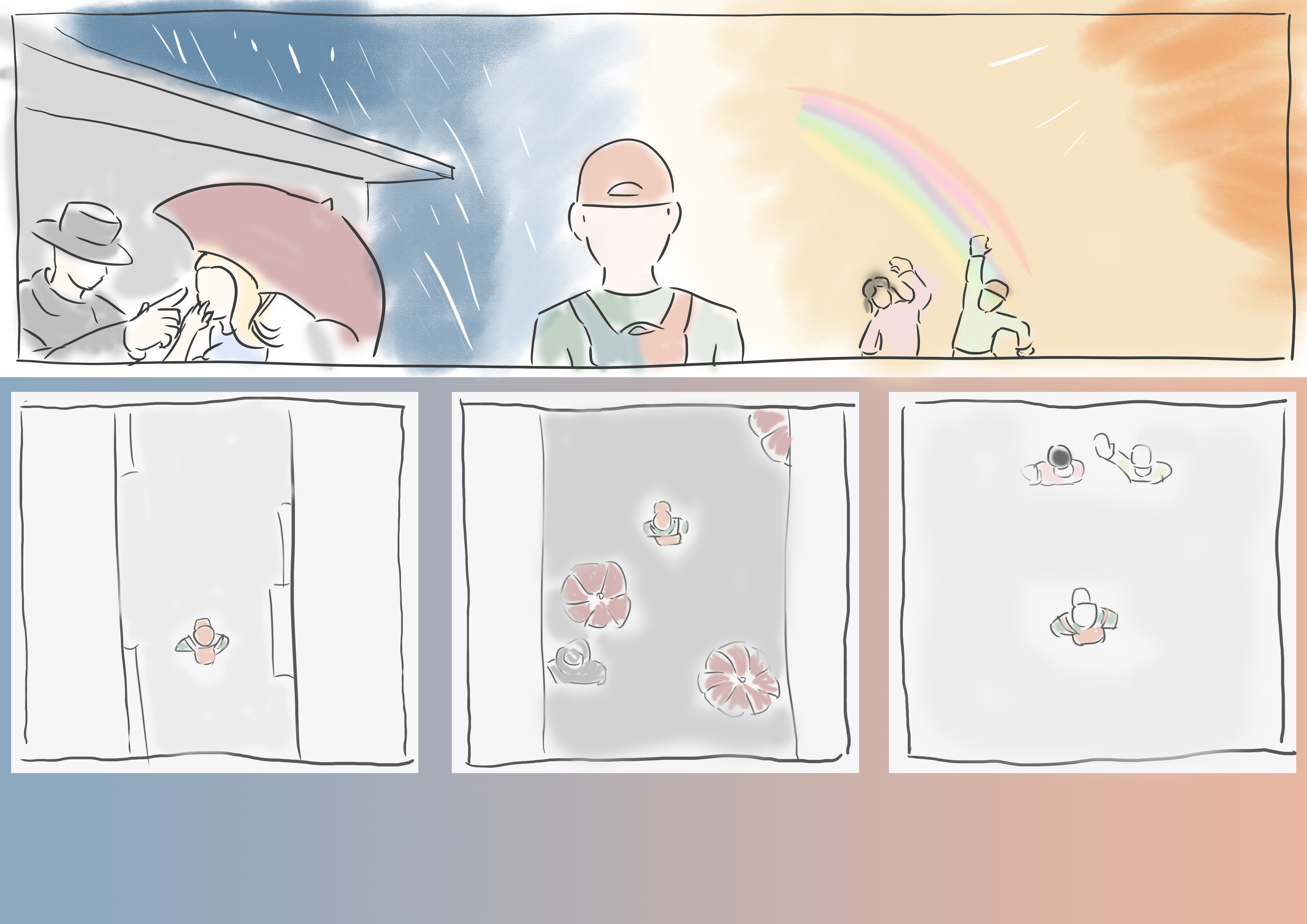 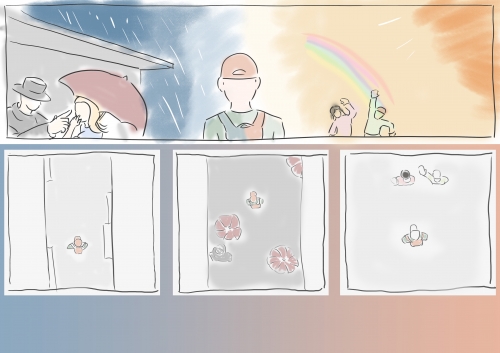 This week is about design a game concept that using sounds and voice as the main drive.

Our group came up with the idea that using raindrop sound to show the level of depression of the character. The character stays in the room which has many windows, players need to close the windows, every time he gets closer to those windows, he can hear the raindrop sound but actually, there is no rain, it is the sound from his own mind. At the end of the game, players need to choose whether go outside or keep staying in that room.

In responding to this idea, I made another linear story game’s concept design based on our group’s idea which is using the raindrop sound.

By drawing the concept art and frames from the game, I was trying to show roughly how the game may look like. The idea is that a boy is going home after school, as he walks home, he is thinking about those words that his teacher said to him, for example, how bad his yesterday’s homework did or he should study harder to improve his exam score. He is also thinking about one of his classmates who bullied him today. Every time he thinks about those things, he feels more depressed, the raindrop sound becomes louder, but actually, there is no rain outside. As his depression grows to a certain level, pedestrians will open their umbrella even there is no rain and they will walk away from him. The character feels more depressed after he sees those reactions and how those pedestrians talked about him. If player stays around and let the level of depression grows, they will have a bad ending, If the player choose to keep going forward, he will meet the good ending which is his best friends are waiting for him to go home together.