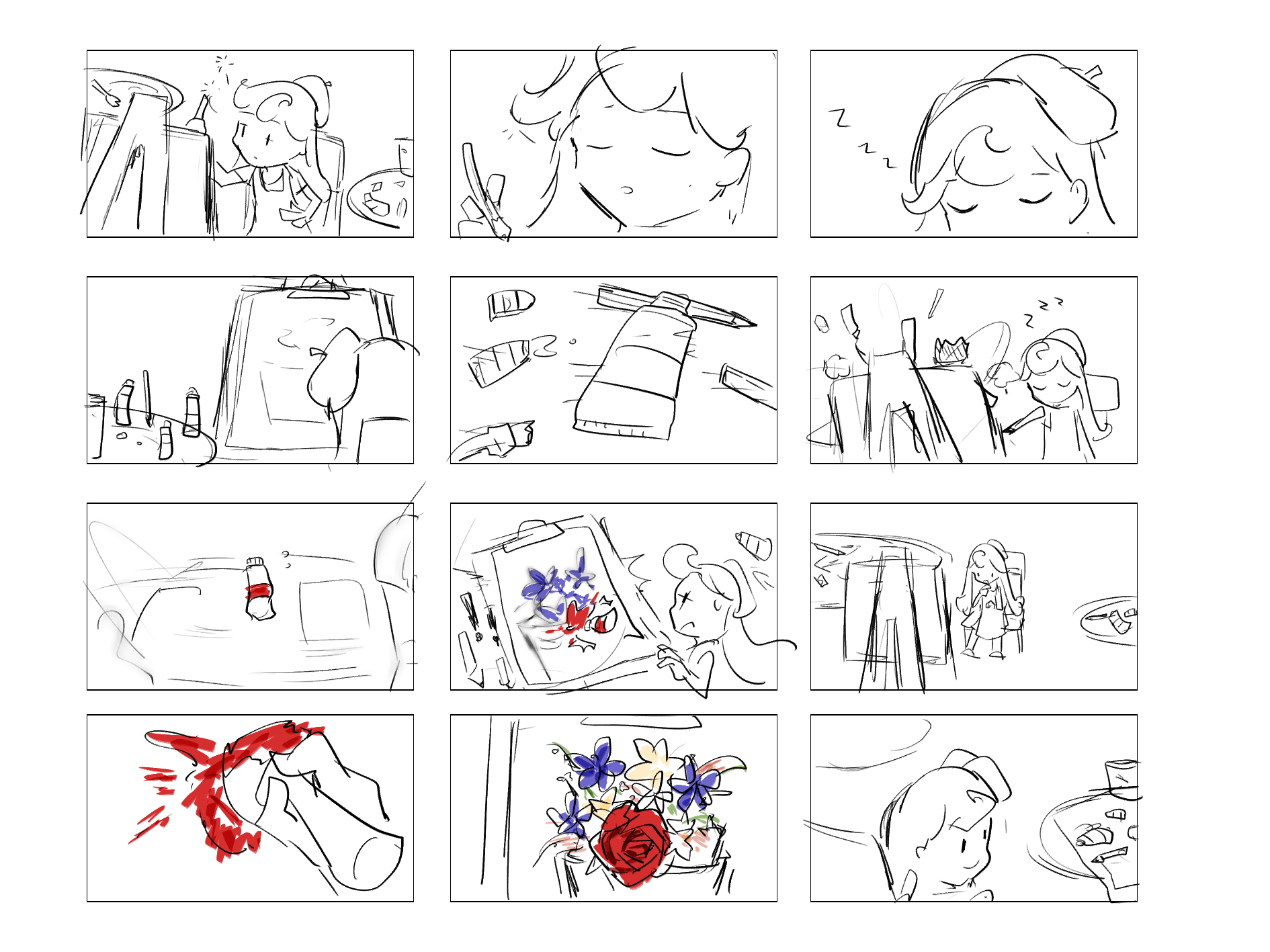 STORY: Late at night, an artist is drawing. But soon she feels tired and falls asleep. The tools around her stand up. Brushes, paints, pencils move to help the artist paint. Soon, the shape of a pot of flowers is drawn out. A small tube of red paint looks timidly at other painting materials. Finally, as if making up its mind, it rushes to the drawing board, but it makes the drawing messed up. The red paint is dazzling in the picture, and the sound also wakes the artist. She looks at the painting thoughtfully, picks up her brush, and paints the red part into flowers. The picture becomes wonderful. The artist glances at the tools and smiles with satisfaction.

This week, I wrote a story about painting tools by exploring narrative structures and frames. The tools secretly help the artist finish her painting work, but when one of the tools messes it up, the unexpected turns into a surprise after the artist does a little modification on it. After I made the story seem to have an unhappy ending, I pushed the narrative forward and developed a new plot. All the characters play their roles, which further expanded the level and depth of the original plain plot.

In the short film Lost & Found (https://www.youtube.com/watch?v=35i4zTky9pI), a doll falls into a well and the other saves her life. There are many exciting nodes in the story, and the characters encounter major setbacks, such as the dinosaur doll's string being hooked, the paper door closing, the fox doll sinking into the well, and the dinosaur doll's body falling apart. These seemingly bad endings are linked together by the director and developed step by step. The dinosaur's body transforms into the original string, and it is this thread that saves the fox from drowning. In the end, the fox tries to repair the dinosaur. The nuanced and moving display of emotion and sacrifice allows the audience to immerse themselves in the scene of the story.

Through this week's study, I tried to focus on the linear development of the plot, focusing on the progression of multiple narrative segments, which enabled me to come up with some ups and downs of the plot and write some unexpected endings.