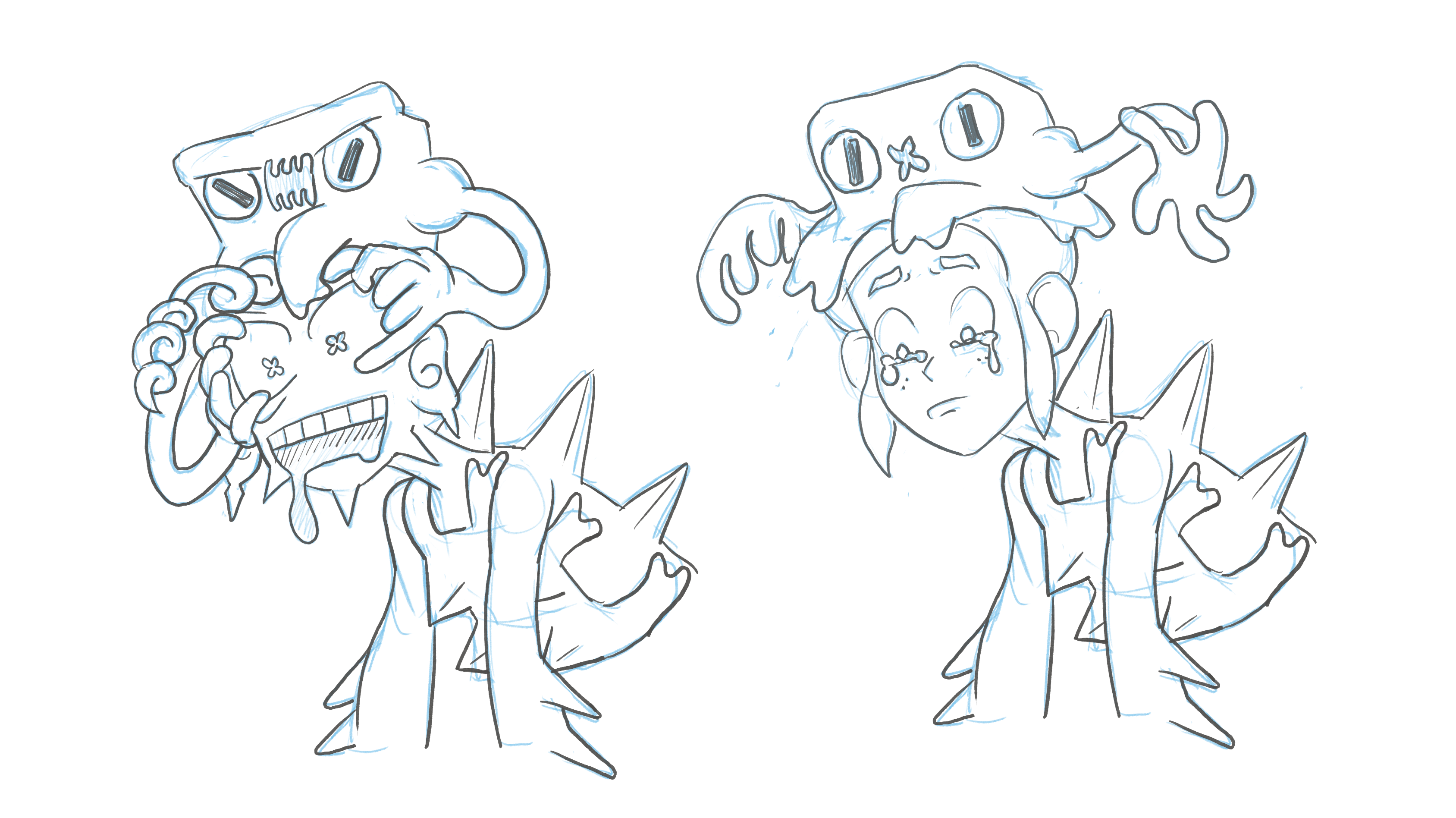 My response for week three of Animated Narratives 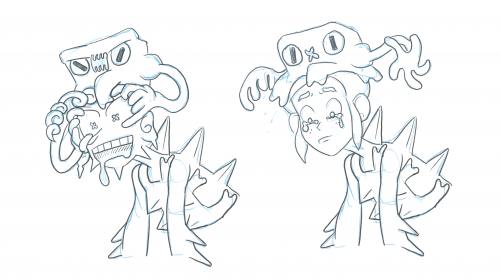 From this week’s Premise Wiki my group chose the narrative resolution: It all sunk before their feet. Building back from this end naturally brought out ideas of loss. To flesh out the story I added in a detail that as the characters were seeking out this thing that would sink before their feet they would also be bickering and back-stabbing each other to try an be the first one there.

The way that this point changed the narrative really stuck with me. The story now had this moral aspect to it, about sacrificing friendship and comradery to gain absolutely nothing in the end. The ending would have a tension and you would wonder how these characters would progress forward now that their relationships are different. Now that they know how easily they would betray each other.

Following on from my response for week two, I am continuing the development of a story around emotions and monstrous body-horror style corruption of characters. If I were to write just the end of the story it would be something like: Her true self breaks free from the monster’s control as she realises how much she has hurt her friends.

Animation would allow me to distort the character’s face when she is overcome by the monster, pushing and pulling it beyond what a real face would be capable of. I could also bring in 2D design elements that do not conform to a realistic three-dimensional form. Having the character’s appearance break reality would emphasise how lost they have become to their own toxic emotions. Then having the character pop back into her normal appearance as she breaks free would be a great visualisation for her internal realisation.

The show Soul Eater makes use of this effect. In episode 21 (May My Soul Reach You – A Dry Heart inside Unbearable Isolation? 2008) the show’s protagonist, Maka Albarn, willingly uses Black Blood, a substance that provides great strength and allows the user to no longer feel fear. The substance also makes the user become erratic and reckless. The show changes Maka’s appearance as she uses the Black Blood. Her eyes become different, her face stretches more as her bizarre grin pushes outwards, and her movements become very unstable as she wobbles back and forth and jumps from one pose to another.

The Premise Wiki exercise reminded me of the Italian film Bicycle Thieves, (Ladri di Biciclette, 1948) which I was introduced whilst undertaking my Bachelor of Animation. The film is set in post-war Italy and follows a father who sells off the family’s possessions so that he may purchase a bicycle which he is required to own to obtain work. The bicycle gets stolen, and the father eventually resorts to thievery himself in an attempt to obtain another one. However, he gets caught in the act and his son is there to see him at this low moment. This film ends on this sad moment. This was the first story that really made me consider how something can have a bad ending but still be a fulfilling ending for the audience.

At this stage I feel that the story I am developing would avoid a sombre ended, and instead try to bring the mood back to something more light-hearted. The model of children’s animated television that is being produced by studios mainly based in the United States avoids having sad endings to episodes, and that is the model that I am using for my story.

May My Soul Reach You – A Dry Heart inside Unbearable Isolation? (2008). television series episode, in Soul Eater, TX Network, Japan.