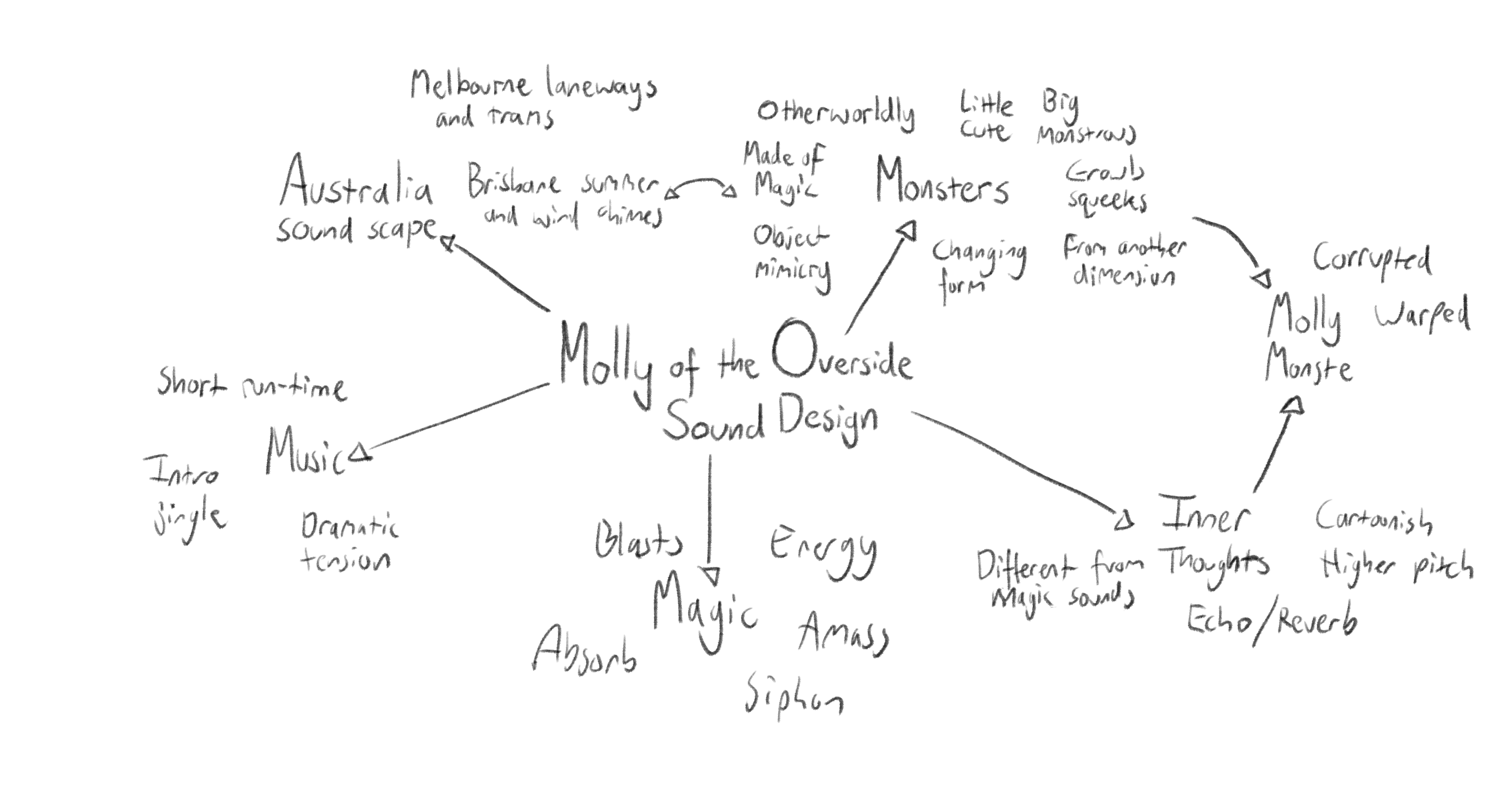 My response for week seven of Animated Narratives 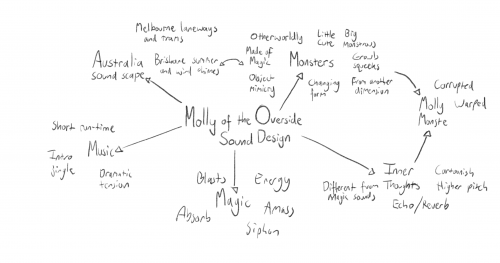 A mind map I made to plan out sound design for my short film idea 'Molly of the Overside.'

The setting for the story has magic and monsters in it. The monsters are formed from magic, and their body shape mimics the appearance of objects around them when they appear.

For the monsters I'm thinking of a non-human/non-animal sound. It can have a mix of that, but I also want their sounds to include other things. Wind chimes is something that comes to mind, and could be used for the calmer monsters. Growing up in Brisbane I found the evening summer storms to be consistent and pleasant. As the storm would roll in the wind would pick up, and I could hear the windchimes of houses around the neighbourhood making noise. It's a nice memory.

The characters in the story are able to use magic, pulling it in from around them or siphoning it off of the monsters. I haven't confirmed a visual style for the magic, and so far in the storyboards the magic has a watery appearance. A lot of the sounds of the magic would revolve around its movements as the character's summon in magic to a point, or pull it off a monster bit by bit. It would come off in blobs and strands.

The main character in the story, Molly, has a narrative element where the audience can see her inner thoughts. They are visualised on screen and play out her emotions and concerns. As this is a visual element for the audience, and not something that exists in the world, it would need to be distinct from the magic and monsters. If the thoughts were visualised by tiny little Mollys then there could be elements of a more cartoonish voice, something higher pitch, or maybe some reverb to simulate that inner thought aesthetic.

At some point a monster fuses with Molly and takes over her thoughts. This would be a blend of the monster sounds and the inner thoughts sounds, as Molly's thoughts turn on her.

As the short film has a run-time of around two minutes there wouldn't be much space for music. Mainly just a jingle for the title card and end credits, and something in the middle of the short to help raise the tension.