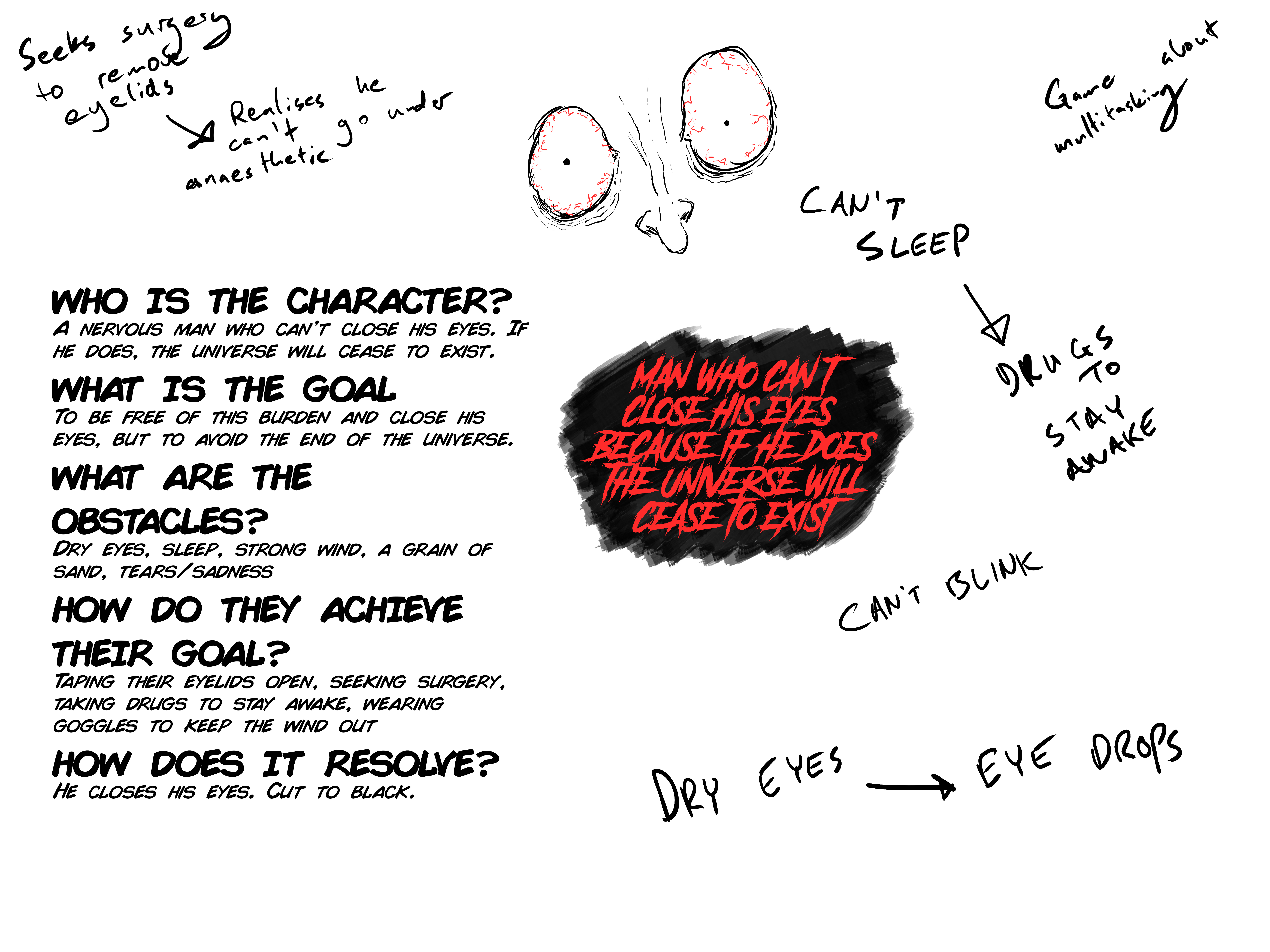 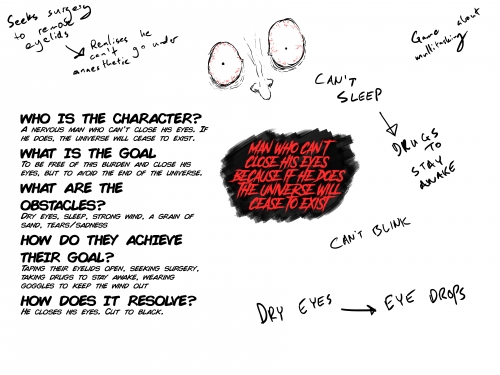 In this week's workshop exercise we developed story concepts to expand into our folio 2 submissions. My premise is about a man who is forced to keep his eyes open to stop the end of the universe. If he even blinks, all of reality will cease to exist.

This concept was initially inspired by the video game Control (2019), a 3rd person action adventure game by Remedy Entertainment. The game is set in the Federal Bureau of Control, an FBI-like government building that regulates and researches paranormal and extra-dimensional oddities, inspired in its own right by The Twilight Zone, X-Files and the fictional SCP Foundation.

In the game the player can find documents and reports on incidients within the world. One such document is a transcript of a 911 call from a woman stuck within the phone line as pure electricity, terrified that if the operator hangs up she will die. This is where I drew my initial inspiration for my story.

From this initial hook I came up with a variety of situations and challenges for the protagonist to go through. He would have to force himself to perpetually stay awake, maybe through drugs or intense stimulation. He wouldn't be allowed to blink, and might have to hold his eyelids open with some kind of device. He would have to avoid strong winds and particles of sand or dust from touching his eyes. I have also considered a plot thread in which he consults a doctor to have his eyelids removed, but realises the anaesthetic required would put him to sleep.

I am currently picturing this as an animated short film, but there are elements that could lend themselves to a playable experience.