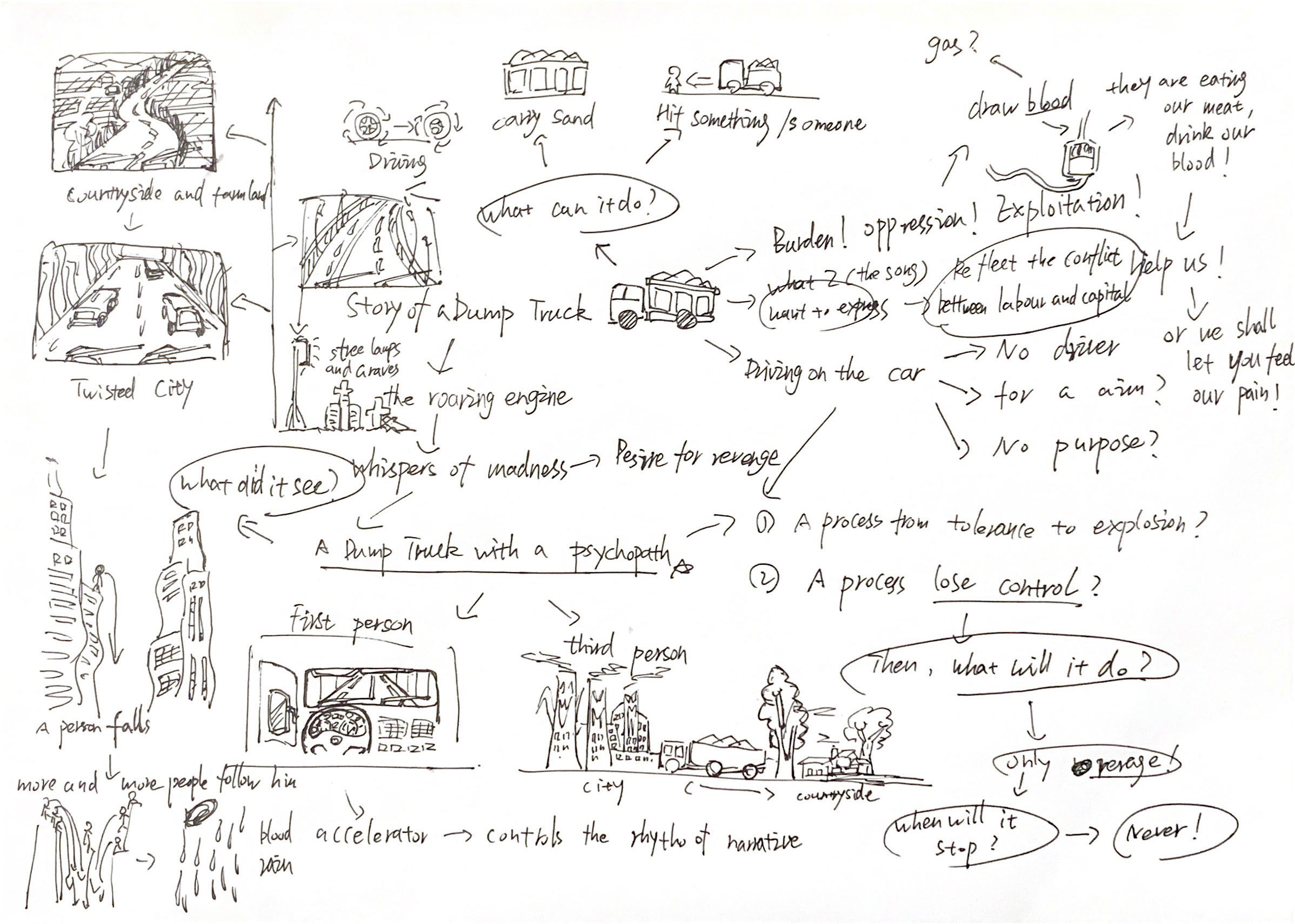 From this week, I want to make a short animation for folio2. It's also made for my friend's song. He made a song about dump truck, to reflect the increasingly tense contradiction between labor and capital in the society(our country). This is also what I care about,and want to express.
In the language enviornment of Chinese Internet, The 'dump truck'  has been given a meaning beyong itself and is widely used. It was born on the background - increasing tense environment of labor and capital conflicts. It's a 'revenge' in imagination in the reality of powerlessness. So It usually appears in some aggressive statements, It seems that the huge dump truck will destory everything in the next second.
His song focus more on the conveying emotions, through the words and yelling to show a uncontrollable madness under heavy pressure. And I want to made it more completed,  through a linear stroy which describe what the 'dump truck' saw and what it suffered.
It would be first-person perspective, I believe it can make the anmation more immersive, bring audience into the atmoshphere of angry,madness, seek for revenge. And I also want to add some images like twisted city, coins on the land and people jumping from buildings, to metaphor those real events happened about the conflict. But in general，I will try my best to make the rhythm of narration follow the rhythm of song.
Similar work is the moive ‘Hardcore Henry’，the whole moive used the first-person perspective，which brings a unique experience and immersion, especially when the protagonist enters the fast-paced battle. 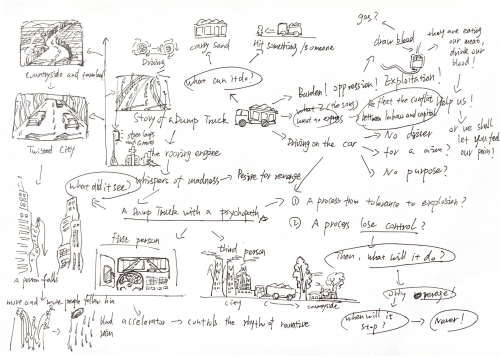