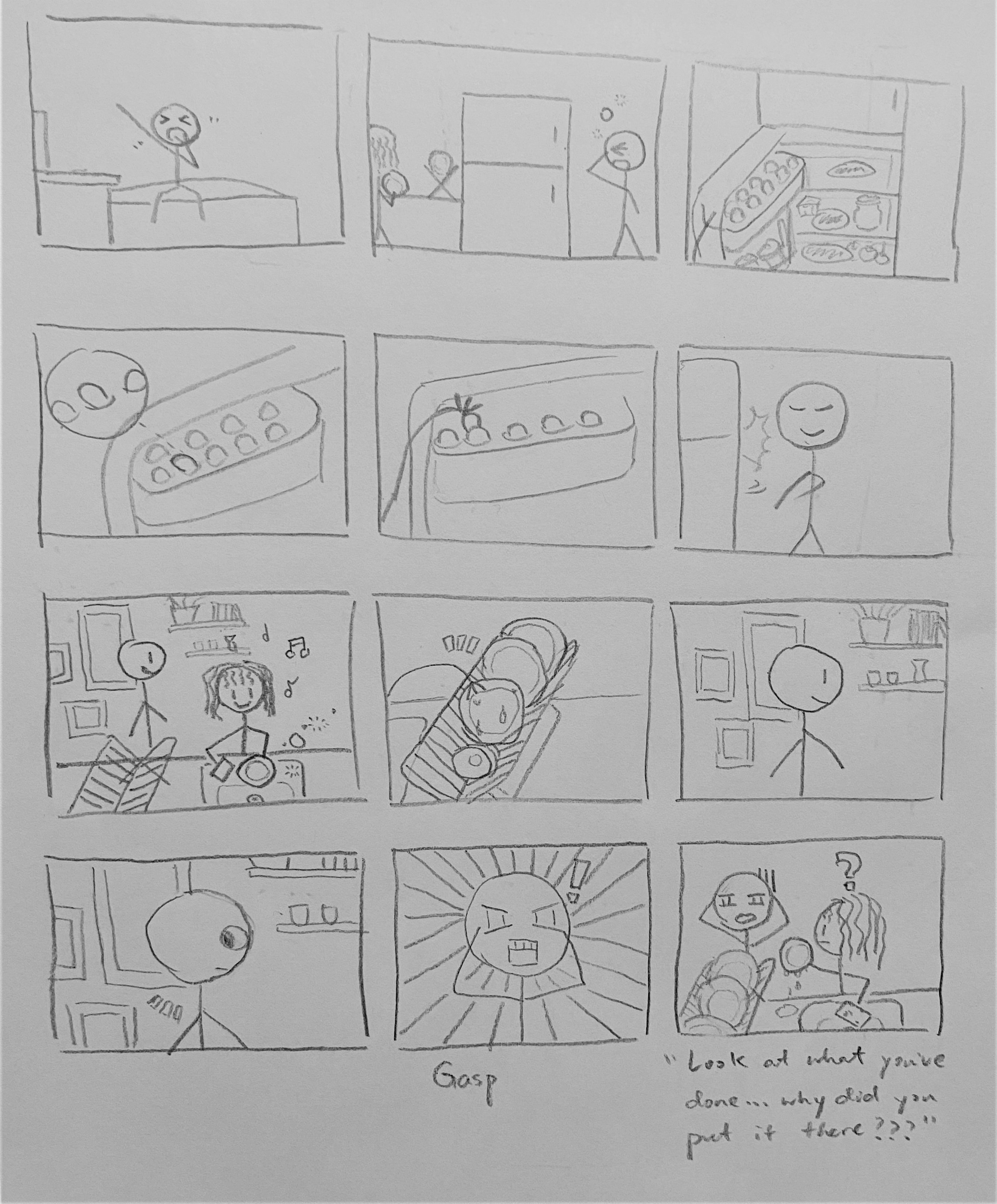 This week we did some character design based on the eaves dropped dialogue “Look at what you did…why did you put it there??”. I wanted to explore the concept of an argument between two people with completely different lifestyle and mindsets. Specifically, the story is about a guy with OCD complaining about how his roommate placing the dishes on the drying rack without order.

I made a storyboard with 12 panels, which allowed me to tell the story with cartoony figures and dramatic facial expressions. I was also able to create a comic effect to show emotions by zooming in and out of the frame.

I took inspiration from the TV series The Big Bang Theory (CBS, 2007) when designing the characters. The guy character with OCD is very much like the stubborn Sheldon, and the oblivious roommate is like the easy-going Leonard.

Originally, the story was just about the two characters arguing over the plates in the kitchen. However, I decided to add another event to indirectly show the guy’s characteristics, which is fixing the position of the egg when he looks for food in the fridge, after that, he slams the fridge door with a satisfied look. Lastly, I went back to add more details to the environment to show that he likes keeping the house organised, for example, the picture frames on the wall. 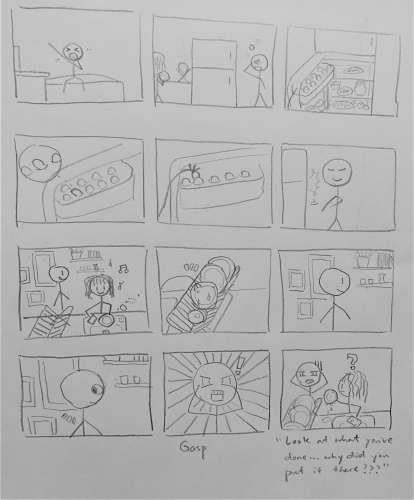