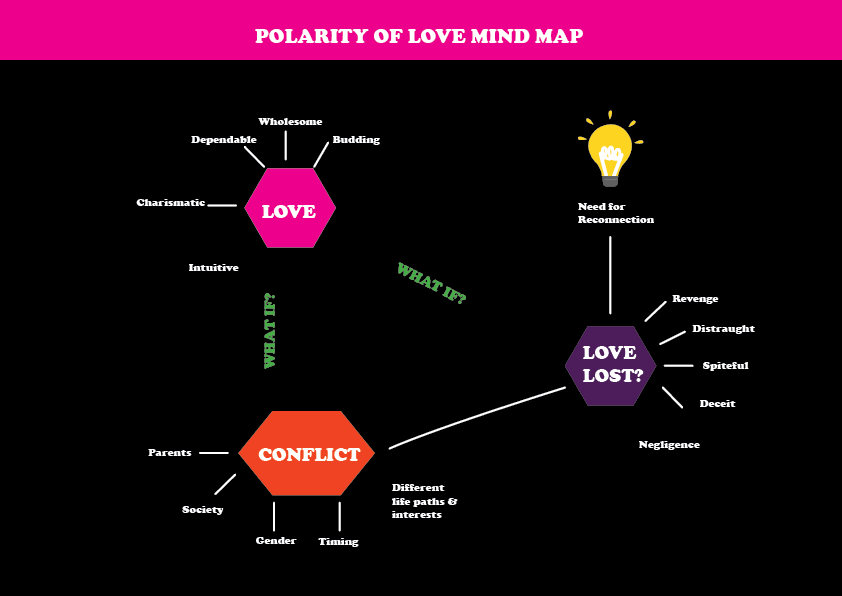 I made a mind map based on the Polarity of Love this week in response to constructing tale components. What happens when a relationship ends? I chose to look at love from a superior and subordinate perspective rather than romantic love. When love is lost, the greatest desire is to be reconnected. I chose this because it is a universal emotion that everyone has experienced at some point in their lives.

This is an Interactive Game Idea about a warrior who lost his honor while on a mission assigned by their Supreme Ruler in the skies, where they formerly lived in peace. As a punishment, he/she has been sent to live on Earth under a flexible sky with a very low ceiling. He tries climbing trees and building buildings in an attempt to return to the sky. Their useless attempts fail, so they get a large stick and begin piercing the sky to attract the rulers' notice. As a means of asserting authority and making the warrior pay for their error, the Supreme Ruler retaliates with lightning strikes, hail stones, and falling meteors until they locate secrets inside the game that exalt him.

The story components of this narrative are explained here:

1.What does the character want?

2.What obstacles does the story put in their path?

A short sky ceiling as a form of punishment

3.How does the obstacle create conflict?

It infuriates the warrior and creates more animosity between them

4. How does the conclusion resolve the story? Does the character get what they want?

5.Why is this an idea for an interactive game? How does the concept exploit the medium?

The flexible sky offers an interactive experience, and the player's capacity to make decisions influences whether they have a favorable or unpleasant experience with the game. 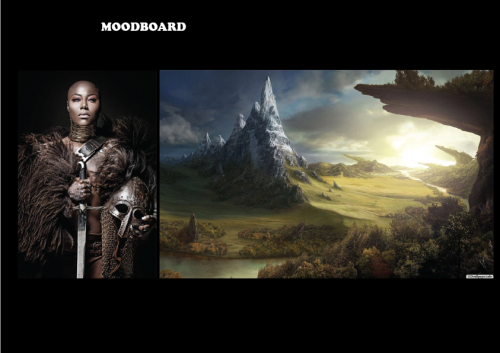