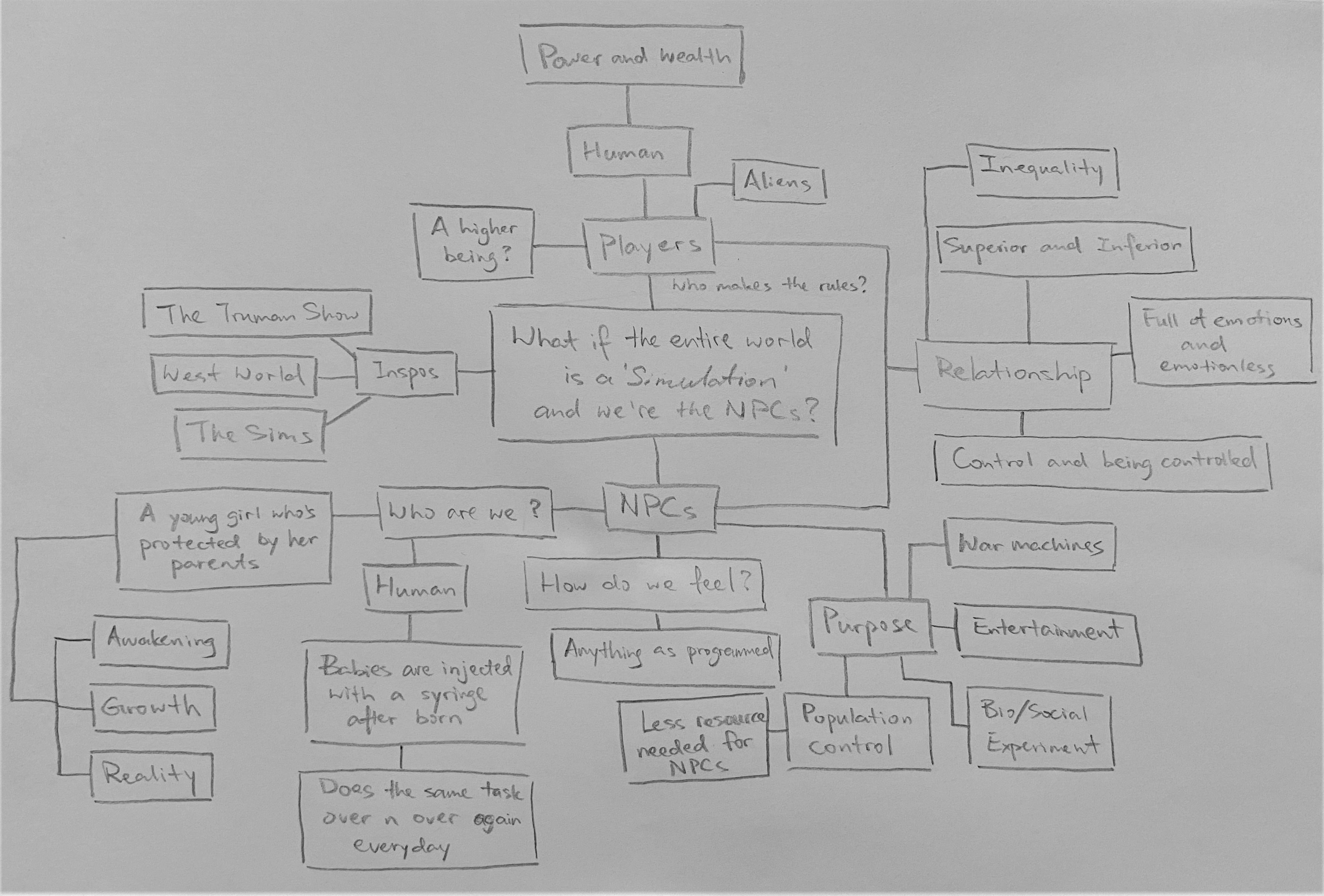 In response to this week’s premise, I explore the concept of self-awareness and growth. The premise I have for this week’s is “What if the entire world is a simulation and we are the NPCs?”.

By using the method of mind map, I am able to quickly brainstorm different character settings and possible scenarios. By questioning the decisions I made within my scenarios, I am able to analyse the areas which require amendments and come up with logical solutions. In the end, I create a more complete story that follows a young girl living in a rural area with her over-protective parents who used to live in the simulation world. However, by controlling her every move means they still did not break away from the NPC mindset, which ultimately resulted to the daughter’s escape.

This work is similar to the TV series Westworld (HBO, 2016) by Johnathan Nolan and Lisa Joy, where Androids start a revolution after realizing they are created solely for the pleasure and need for rich people. However, instead of real people, this work used AI that are programmed to behave like human to show the relationship between us and technology.

By examining Westworld, I reflected that you can only conquer your fear and become better by facing it. Therefore, I decided that instead of having the daughter escaped, she needs to see the actual simulation world to be able to make mistakes and grow. 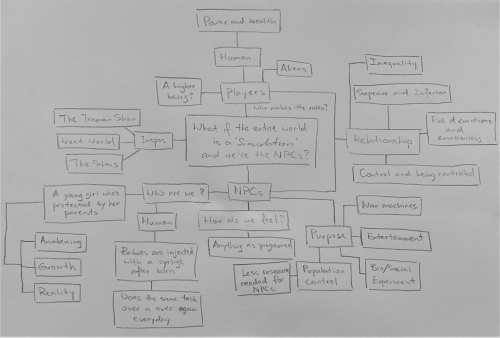