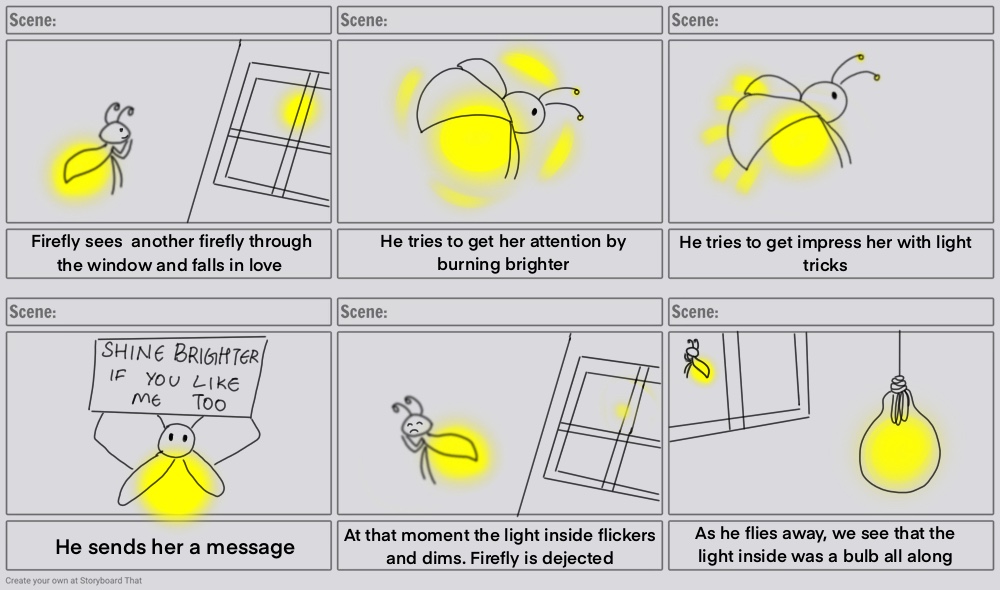 This week we looked at Light, and the importance of building lighting into the story during the conceptual stage. I was particularly interested in developing a premise that built in light as a part of the character itself, and came up with the following premise: A firefly tries to burn brighter than the lightbulb he sees through someone's window

I evolved this into a story, which I have outlined in the following bullet points. I then depicted this in the form of a storyboard.

I got the inspiration for this work from Walt Disney Pictures’ Princess and the Frog (2009). In the movie, there is a firefly character named Ray who keeps talking about his love “Evangeline”, who he thinks is another firefly, but it is actually a star in the sky.

Through this week’s activity I was able to reflect on how light can influence a character, and shape an entire story. In my story I use light to obscure and reveal narrative information, as well as to portray the character’s personality and actions. 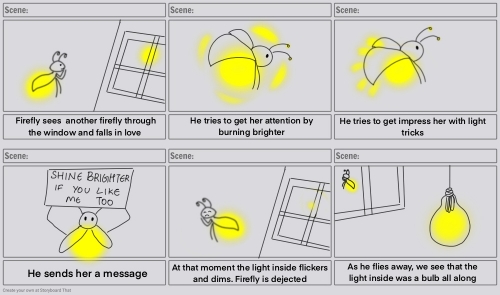