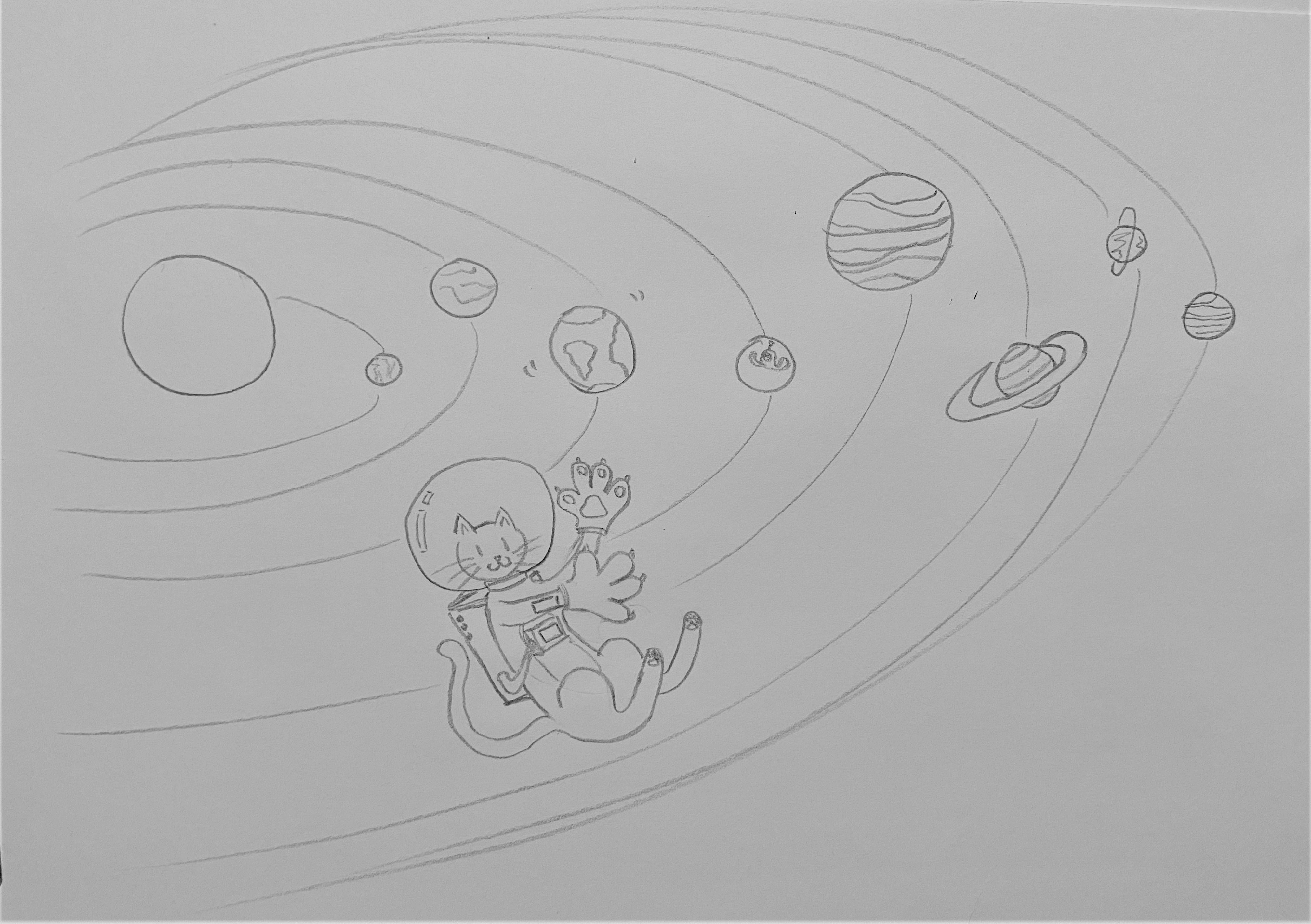 The character I created for week 1 is Jake the astronaut cat. The premise I wrote is:

“Jake the astronaut cat tosses the planets around in space, making sure the solar system works properly.”

I started out by drawing a cat with a space helmet on paper. It’s spinning a planet as if it’s a yarn. I have tried digital drawing and 3D sculpting before, but I feel like drawing on paper is the easiest and quickest way for me to visualize my ideas.

My character is based off Mooncake from the cartoon series Final Space (TBS, 2018) by Olan Rogers. The story is about how the astronaut Gary, who is locked in the space prison, encounters the cute but planet-destroying creature Mooncake. However, instead of being destructive, I would like to imagine Jake being a playful cat, and coincidentally, the ruler of the solar system.

By researching more about astronaut suit design, I added more details to Jake’s appearance. I gave him an oxygen supply system and a control panel on his arm. In addition, I designed a pair of giant puffy cat gloves for him to express his cat features. 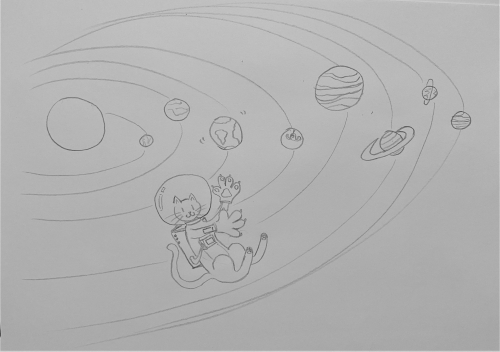 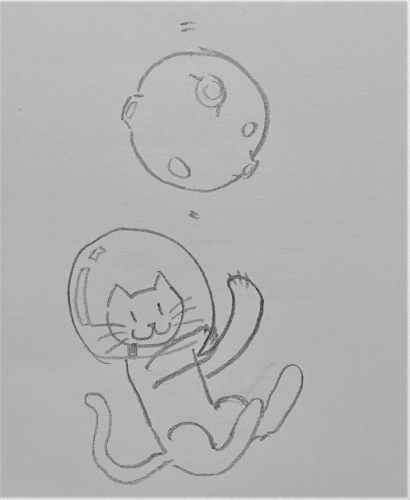