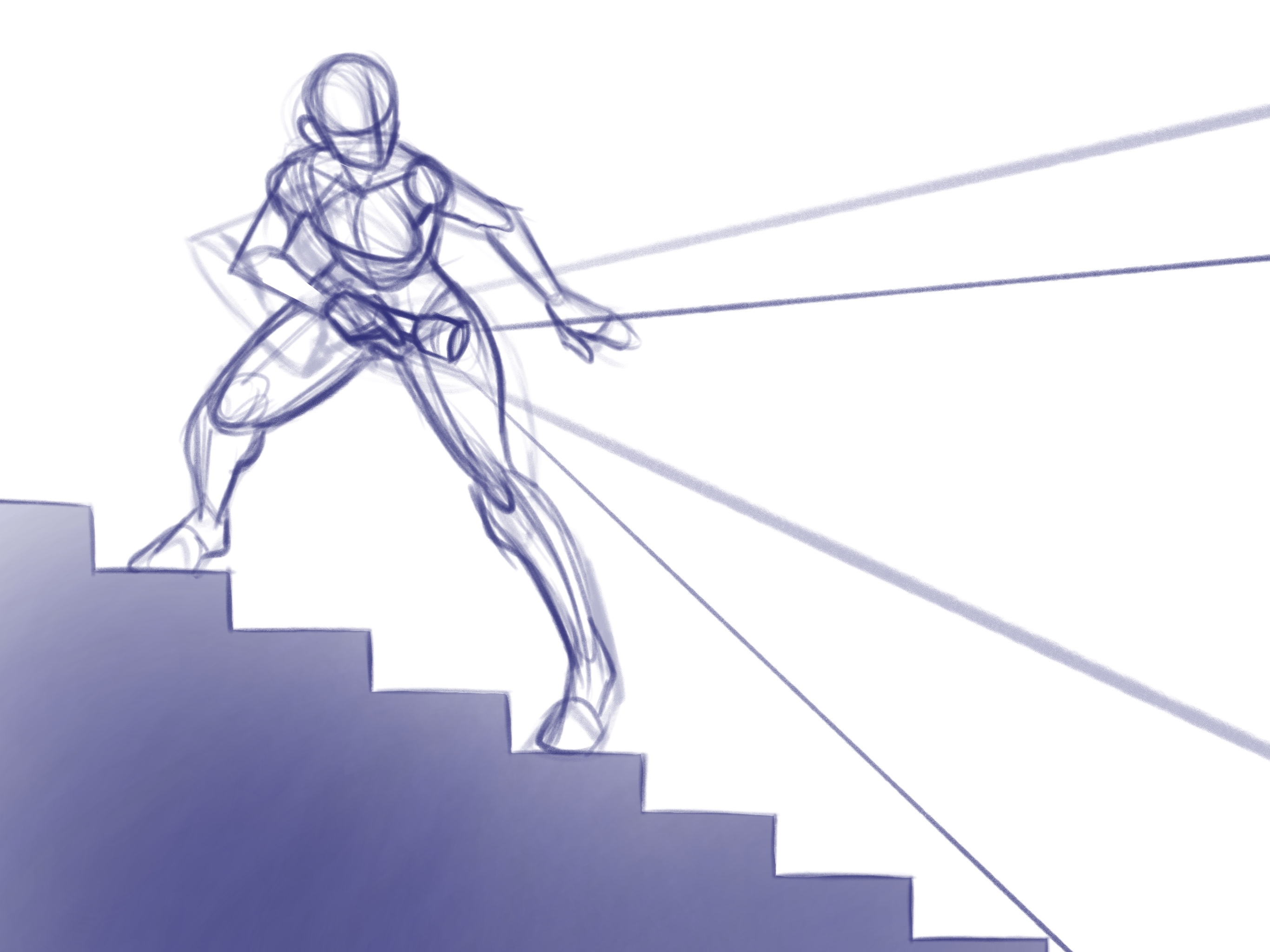 This work utilizes the method of movement and physical language to communicate mood and pacing to the audience.

By increasing the frame count and using holds at the right intervals of movement, the characters body language and pace of their actions are very slow and deliberate. A great deal of time was spent enforcing a sense of hesitation in the characters acting, as this is necessary to create a feeling of tension anticipation in horror films.

The techniques in this work take inspiration from Satoshi Kon’s short film “Ohayo '' In which a character's inner thoughts and feelings are captured largely through body language. In this film, we are given the sense of “the body waking up before the mind” and this is expressed through the characters animations, at first sluggish and lazily moving about with resistance before going through her morning routine and awakening at the end of the short - her mind and body now fully awake and in sync, she greets herself and begins her day.

These techniques of communicating narrative to your audience without dialogue are especially effective in animation (where you have a liberating freedom in your application of expression and movement) and is a skill I hope to refine further in the future.

Although my goal for this project is to present a well paced audio focused animatic, I wanted to take the opportunity of this week's topic “movement” to implement some actual animation into a scene which I thought could benefit the narrative the most.

The character apprehensively making their way down the stairs to unspeakable horrors was a good chance to challenge myself technically and creatively, as the posing of the animation was often tricky and required real thought, reference and reflection on weight, gravity and most importantly the characters inner thoughts expressed through movement.

Although I believe this can definitely be refined and pushed further, I think this week’s submission is a good starting point for the basics I wish to convey through this animation. Moving forward, I would like to continue working on this scene and further flesh out the technical smoothness of the animation, while continuing to experiment with pushing the characters sense of body language to the audience. 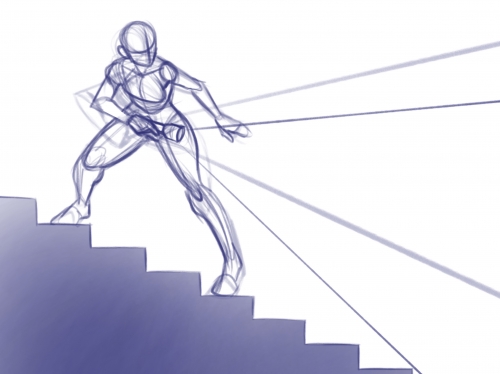